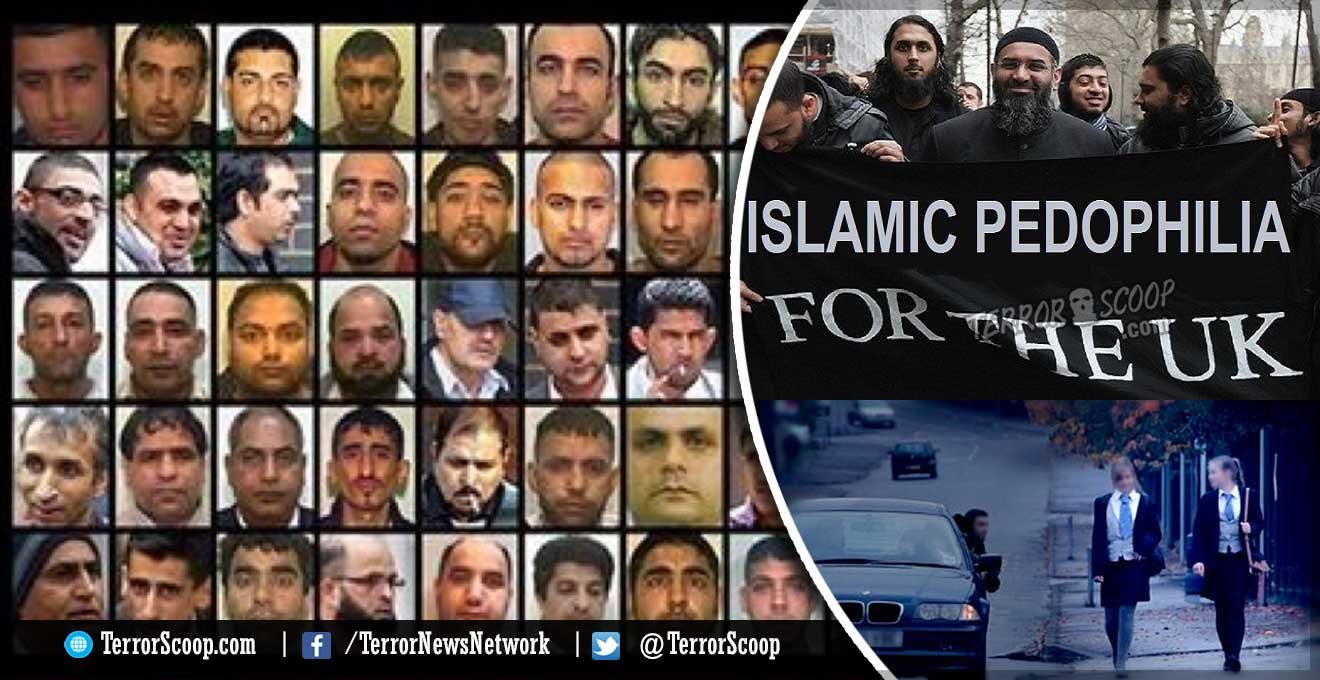 For MANY years, law enforcement in the UK has studiously ignored and rejected young girls’ claims of serial rape by gangs.

These gangs “groom” the girls with drugs and alcohol—and eventually physical coercion. Sometimes the girls are trafficked to other locations in the country where they are preyed on and raped.

A major reason the police have been sweeping these crimes under the rug? Political correctness. Fear of being labeled racist. Because…

Well, here is what just happened to Tommy Robinson, as Breitbart reports:

“The controversial activist Tommy Robinson has been suspended from Twitter for quoting research which found that nearly 90 per cent of convicted grooming gang members in the UK are Muslim.”

“Mr. Robinson was suspended from the social media platform for 7 days for stating the findings of the Quilliam Foundation think tank, whose founder worked as an adviser to Prime Minister David Cameron on issues around Islam.”

“’90% of grooming gang convictions are Muslims,’ Mr. Robinson wrote in a tweet on February 25th, rounding up the number identified by the Quilliam research, which found that 84 per cent of convicted groomers [since 2005] were Muslim in December last year.”

Apparently, Twitter believes hiding the truth is moral. Making a connection between rape gangs and immigration, revealing an actual effect of mass immigration—that’s not permitted.

To get a sense of the grooming rape gang situation in the UK— now that the police have been shamed into taking action by public outcry and by independent media investigations—here is an article from the British press. The Independent, 2/24: GROOMING GANGS ABUSED [RAPED] MORE THAN 700 GIRLS AND WOMEN AROUND NEWCASTLE AFTER POLICE APPEARED TO PUNISH VICTIMS:

“Sexual exploitation [rape] is happening in towns and cities across the country,” serious case review warns.”

“Grooming gangs abused [raped] more than 700 women and girls around Newcastle with ‘arrogant persistence’ after police appeared to punish victims while letting the perpetrators walk free, a case review has found.”

“It warned that abusers are still preying on [raping] girls across the UK, and called for urgent action from the Government.”

“After examining evidence on the abuse [rape] of hundreds of girls in the North-east, investigators concluded that local authorities claiming there is no grooming in their area ‘are not looking hard enough’.”

“Northumbria Police had identified more than 700 potential victims of grooming in the region by August through Operation Sanctuary, but expected the number to rise.”

“The court heard how teenagers and young women were picked up off the streets, then groomed and given alcohol and drugs before being coerced or forced into sex at so-called ‘sessions’ in Newcastle’s West End.”

“Victims described being raped while they were asleep, unconscious or incapacitated after being forced to drink and take drugs.”

“’I wanted to leave but I was given drink,’ one said. ‘I kept saying no and fighting them off. I was very tired and fell asleep. When I woke, I had been raped’.”

“Another added: ‘When I was out of it they could do anything they wanted to me’.”

“The review said victims in the wider North-east included a 12-year-old girl who fell pregnant and other teenagers who underwent abortions, as well as others left with devastating long-term trauma causing substance abuse, mental illness and relationship breakdowns.”

“At least 1,400 children were subjected to appalling sexual exploitation [rape] in Rotherham between 1997 and 2013, a report has found.”

“Children as young as 11 were raped by multiple perpetrators, abducted, trafficked to other cities in England, beaten and intimidated, it said.”

“The report, commissioned by Rotherham Borough Council, revealed there had been three previous inquiries [with no effect].”

“The inquiry team noted fears among council staff of being labelled ‘racist’ if they focused on victims’ descriptions of the majority of abusers as ‘Asian’ [Pakistani] men.”

“Professor Alexis Jay, who wrote the latest report, said there had been ‘blatant’ collective failures by the council’s leadership, senior managers had ‘underplayed’ the scale of the problem and South Yorkshire Police had failed to prioritise the issue.”

“The report found: ‘Several staff described their nervousness about identifying the ethnic origins of perpetrators for fear of being thought as racist; others remembered clear direction from their managers not to do so’.”

What is described in these articles is just the beginning of the grooming rape gang horror that has been spreading all over the UK.

So an activist named Tommy Robinson simply sends out a tweet echoing a recent study identifying the convicted UK gang rapists as overwhelmingly Muslim and he’s shut down.

But of course, social media giants now have a mandate—close down people who report inconvenient truths.

They’ve been canceled out in favor of the “progressive” immigration agenda.