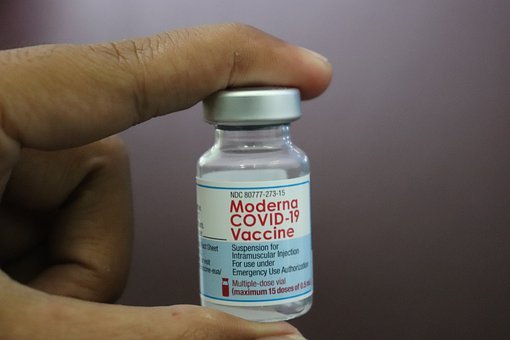 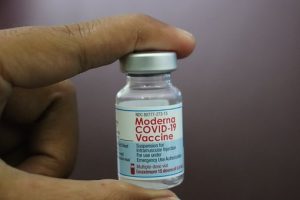 In proceedings in the New South Wales Supreme Court last week challenging vaccine mandates, New South Wales Chief Health Officer Kerry Chant admitted no modelling had been done to assess the impact of a small number of health workers not being vaccinated.

NSW paramedic and deputy mayor of the Snowy Valleys Council, John Larter, brought a challenge against the mandatory vaccination orders for health workers, which was heard on 4 and 5 November. Broadly, Larter argued that the orders were unreasonable and disproportionate.

“It’s not to put in place a regime for once the storm has passed,” Mr Prince said.

He submitted that the way the orders have been made mean they will “irrevocably terminate” the employment of unvaccinated health workers.

“That is an important part of the irrationality of this public health order and that it goes beyond what is reasonably appropriate to the emergency circumstances that the minister is entitled or was meant to address.”

In other words, as Mr Prince outlined, it was not contemplated Mr Larter and colleagues in a similar situation would be put on alternative duties or leave, but would permanently lose their jobs. In this case, the public health orders were not a proportionate response to the risk.

He told the court the small cohort who would be effectively coerced into vaccination was only a sub-percentage of an already limited cohort of health workers. The court heard that as of late October, only 3 per cent of NSW Health staff were unvaccinated, representing some 5000 people out of a total workforce of 185,885.

“So if the objective is to increase community vaccinations to a point where, consistent with the Doherty modelling, it will have an impact on the public health outcomes, then we say this public health order is disproportionate to it.”

Under cross-examination, Dr Chant agreed NSW was now at the endemic phase of the pandemic, and was moving to “living with COVID” in its health settings.

Mr Prince repeatedly pressed Dr Chant to answer what risk a small number of conscientious objectors posed among an overwhelmingly vaccinated workforce (99 per cent), bearing in mind the Doherty Modelling which, as we know, is predicated on a vastly diminished risk of transmission at 80% of those aged 16 years and over having had a “double dose”.

“It’s right to say you’ve done no modelling, no statistical analysis and there’s no projection of what impact on the public health allowing a small number of conscientious objectors to remain as healthcare workers would have, have you?” he asked.

“There are too many variable inputs to really meaningfully do that modelling,” Dr Chant replied.

So, in other words, it’s too hard for health poo-bahs to work out what risk there is if 1 out of 100 health workers is not vaccinated, but they have no difficulty in working out the risk if gatherings contain 20 vaccinated people and 5 unvaccinated people. Go figure!

The Court also heard of Larter’s objections to taking the Covid vaccine based on his religious beliefs as a conservative Catholic, which led to the typical ignorant, sectarian sneering from the usual suspects in the media. As Mr Prince stated, with more than 92 per cent of NSW residents over the age of 16 having had at least one dose, it was a ‘terrible thing’ that people like Mr Larter were stuck in a small minority because of their religious beliefs.

“It’s not something that… is dealt with by coercion for vaccination, in the same way a person who is medically unable… cannot be vaccinated regardless of any attempt of coercion,” he said.

Interestingly, since Mr Larter is unvaccinated, he was prohibited from giving his evidence in person and had to appear via video link under rules enforced by the NSW Chief Justice that unvaccinated persons are excluded from the courts. Such a situation rings alarm bells for this correspondent, since such an order is of the very type that is a source of controversy before the court and it could be argued that it is prejudicial.

In a separate legal challenge, heard at the same time, Ibrahim Can argued that public health orders requiring people to show proof of vaccination infringe on the common law privilege against self-incrimination.

Broadly, argument here centred on whether such orders were reasonably necessary as contemplated by the Public Health Act 2010 (NSW). In particular, the court heard that “reasonably necessary” was not limitless and that orders had to be read in the context of the Act as a whole. Orders, being subordinate to the Act, could be repugnant to it if they were inconsistent with the intention of the parliament in passing the Act, thus any orders must be proportionate. Mr Prince noted that a review of emergency powers of the Act contemplated the need to protect fundamental freedoms such as those of movement and assembly, and the tension between mitigating risks and protecting common law liberties.

In Victoria, also on 5 November, Belinda and Jack Cetnar were unable to get interim orders to halt the implementation of the vaccine mandate for workers in the state. However, Justice Melinda Richards indicated the matter could go to trial before Christmas.

“I am acutely aware that the effect of the directions that are currently in place is that many may not attend work while they choose not to be vaccinated against COVID-19 and that this is likely to harm their livelihoods and their ongoing employment,” she said.

The Cetnars have now joined 132 other plaintiffs involved in the challenge against various vaccine mandates, arguing they are in breach of numerous provisions of Victoria’s Charter of Human Rights. These plaintiffs include healthcare workers, construction workers, people in education, other declared authorised workers and employers.

Justice Richards advised given the number of plaintiffs and the potential complexity of the evidence, the case would need to be reconfigured and refined to enable a trial to take place before the end of the year.