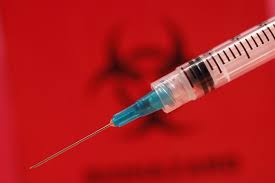 NOTE: THE LIGHT FOR RILEY MOB ARE STILL INFECTING ALL THESE ARTICLES & AT THE SAME TIME, PUSHING VACCINES ONTO PREGNANT WOMAN. WE CAN SEE HERE THAT THE MEDIA ARE STILL DEMONIZING ANTI VAXXERS & PUSHING UNSCIENTIFIC, UNFOUNDED PROPAGANDA

Wollongong University says ‘freedom of opinion’ and an international-standard examination led to its acceptance of a thesis arguing against Australia’s pro-vaccination policy.

“UOW does not restrict the subjects into which research may be undertaken just because they involve public controversy or because individuals or groups oppose the topic or the findings.”

The spokesperson provided a form that outlines the requirements that must be met in order for a PhD to be accepted and which they said the university complied. “UOW ensures research is undertaken according to strict ethical and quality standards,” they said.

MORE ABOUT THE VACCINATION ISSUE IN AUSTRALIA

The requirements include that there be at least two external examiners who are from different countries and they do not have a relationship with the students’ supervisors and not affiliated with the university in question.

Judy Wilyman submitted a PhD thesis under the UOW Faculty of Law, Humanities and the Arts that argued Australia’s vaccination policy was taking its cue from WHO and the pharmaceutical industry that are conspiring to promote vaccinations, The Australian reported.

Ms Wilyman regularly voices her anti-vaccination stance. In 2007 she wrote a thesis proposing that the whooping cough vaccine was not effective and was linked to autism. In 2011 she opposed the HPV vaccination saying evidence about the vaccine’s benefits were not clear.

The criticism has arisen as a mother tells media she posted a video to Facebook of her baby Riley Hughs severely suffering from whooping cough several days before he passed away.

Catherine Hughes said she posted the video to the Light for Riley Facebook page to generate more awareness about the impact of the disease.

“It makes my blood run cold listening to my beautiful boy cough like that,” she wrote. “But we are sharing this in the hopes that it will convince just one more pregnant Mum to protect their baby from this disease.”

SBS News contacted Australia’s Department of Health and Judy Wilyman. Both had not responded by time of publication.