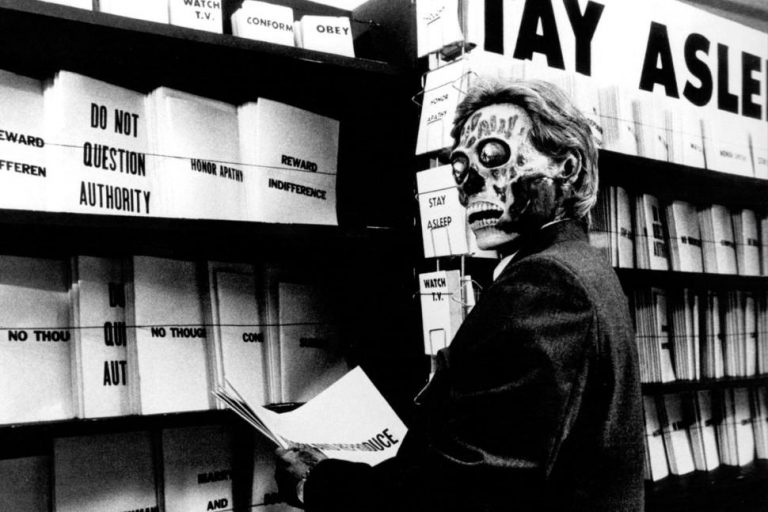 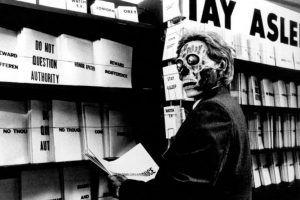 As we grew up, nearly all of us were inundated with stories of our glorious national fathers, our beautiful democracies, and so on. And being young, we for the most part believed them. The system gave us our prosperity, our comfort, our medicine, our sense of importance.

Soon enough we learned that the system was also stupid and perverse, but we found a way around that contradiction by blaming one segment of the system or another: The Blues or the Greens or the Red are the problem; it could not, must not, be that the system itself is the problem.

Then came 2020, and the system revealed its true face.

I suppose I should be fair and add that the system wasn’t always as rotten as it is now, but regardless, it wasn’t able to prevent the rot that overtook it.

The system would like everything except the daily outrages (one for the Blues, one for the Reds) to go down the Memory Hole. So I think it’s important to recap the revelations of 2020:

The system decreed who could work and who couldn’t. This was not done democratically; it was done by edict.

“Democracy” did nothing to stop it.

People were arrested for going to church or synagogue. This was the real disgrace of the police forces. Are there any orders from their paymasters they won’t enforce upon us?

Political gangs roam the streets, beating, threatening and burning. Make no mistake, these are covertly authorized political gangs, serving political ends. This vile tactic goes back to ancient Rome at least, where gangs of thugs beat opponents in the streets.

Mass media was as a fear delivery system. They were devoted to capturing eyeballs with fear and monetizing outrage. Journalistic integrity was a joke at best.

Social media silenced thousands of dissenters, purely at the behest of political power. This was no less that the suppression of speech. (If you want to profit from becoming the public square, you have to act like a public square.) Free services have always been parasites, but these have shown themselves to be sycophantic to the point of fascism.

The mandatory school system, around which millions of families had arranged their lives, was ripped away in an instant.

Hate was legitimated. Political loud-mouths and televised faces have treated hate as the voice of justice, instead of the disease it is. Millions have joined in the barbarity, pretending that hate is actually duty, honor, and truth.

More could be added, but this is quite enough to make my point: The system is not what we were taught it was, and 2020 has revealed that quite well.

The System Doesn’t Deserve Us

By referring to “the system” and “us,” I’m dividing the world into two parts, and so I should be clear on what those parts are:

Us refers to producers: the people who grow food, transport it, process it, build machines, provide medical care, and so on. Everyone from the construction worker to the small business owner to the cleaning lady is a producer, and deserve great respect for what they do. We owe all the comforts of our lives, and frequently our lives altogether, to these people.

The system refers to the entire governmental complex that takes our money and couldn’t survive without it. It also includes everything that couldn’t be what they are without them: Central banks, government school systems, businesses that live on government connections, television networks, social media behemoths, and more or less everything high and mighty.

What I’d like is for the producers of the world to become clear on the fact that we don’t need them. Everything they “do for us” is done with our money, which they take from us by force and fraud.

And let’s be honest about this: The system is a violent, corrupt and control-obsessed entity. Millions of us would choose other arrangements if we could, but the system forbids them. Forcibly.

We should also understand that this has happened before. Here, to illustrate, is a passage from historian C. Delisle Burns on the real reason Rome collapsed:

Great numbers of men and women were unwilling to make make the effort required for the maintenance of the old order, not because they were not good enough to fulfill their civic duties, but because they were too good to be satisfied with a system from which so few derived benefit.

The system is not worthy of our labor and treasure. Whether or not it once was (and if so, when) no longer matters.

2020 has made this much clear. It’s time to drop our child-training and look at the world like the adults we’ve become.

One thought on “2020: The Year The System Showed Its Real Face”