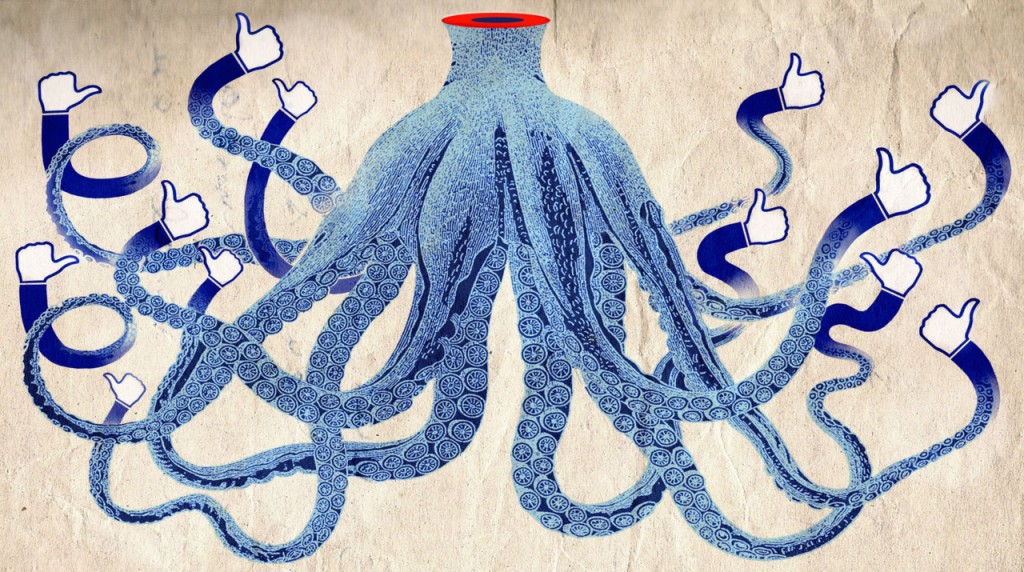 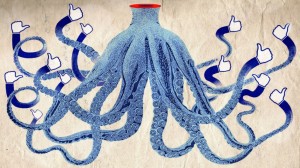 Facebook has roughly 1.65 BILLION users around the world every month.

That’s a lot of people who visit and participate on the site, not just to share pictures of what they had for breakfast for their pet cat doing something cute, but also to read and share news. 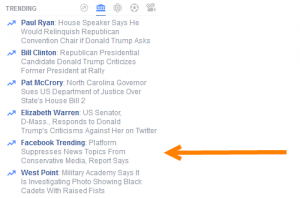 Gee, looks like someone has egg on their face…

Referred to internally as “news curators,” several former Facebook employees have admitted to Gizmodo that they were told to not only suppress conservative news from its coveted “trending” section, but they were also instructed to “artificially inject” certain stories into the news section that weren’t trending at all, such as Black Lives Matter protests.

One employee stated that stories about CPAC or Rand Paul for example would be kept off the trending news list — even though they were actually organically trending. They also were ordered specifically not to place any stories about Facebook itself on there (see pic above).

Gizmodo reports that an employee admitted this had a “chilling effect” on conservative news:

In other words, Facebook’s news section operates like a traditional newsroom, reflecting the biases of its workers and the institutional imperatives of the corporation. Imposing human editorial values onto the lists of topics an algorithm spits out is by no means a bad thing—but it is in stark contrast to the company’s claims that the trending module simply lists “topics that have recently become popular on Facebook.”

“Depending on who was on shift, things would be blacklisted or trending,” said the former curator. This individual asked to remain anonymous, citing fear of retribution from the company…

The former curator was so troubled by the omissions that they kept a running log of them at the time; this individual provided the notes to Gizmodo. Among the deep-sixed or suppressed topics on the list: former IRS official Lois Lerner, who was accused by Republicans of inappropriately scrutinizing conservative groups; Wisconsin Gov. Scott Walker; popular conservative news aggregator the Drudge Report; Chris Kyle, the former Navy SEAL who was murdered in 2013; and former Fox News contributor Steven Crowder.

So, Facebook lies to its users about what it shows as “trending” in “the news.” And, unlike when CNN or Fox News does it, Facebook gets an average of 1.65 billion viewers every month — 167 million in the us alone. Globally, that’s over 1/7 of the planet having its news censored by primarily ivy leaguers hired by liberal Facebook to act as “news curators” and censor what gets shared, read, and ultimately for those who trust the site, what gets known about what’s going on in our world.

Can you imagine what a boon a place like Facebook is for government propaganda? Zuckerberg is, after all, a huge Obama fan. It’s also being alleged that Facebook made Black Lives Matter a trending news item when it wasn’t by purposefully inserting it into the news feed.

Facebook got a lot of pressure about not having a trending topic for Black Lives Matter. They gave it preference over other topics…

We know Twitter works the same way and so does Google’s “breaking” and “trending” news. We can tell ourselves that people will go elsewhere to read and vet news, but come on. We live in a world where the average human attention span is now smaller than that of a goldfish.

To act like the Internet isn’t powerful enough to influence reality, including protests, politics and even the outcome of elections, is just wishful thinking.

Melissa Dykes is a writer, researcher, and analyst for The Daily Sheeple and a co-creator of Truthstream Media with Aaron Dykes, a site that offers teleprompter-free, unscripted analysis of The Matrix we find ourselves living in. Melissa also co-founded Nutritional Anarchy with Daisy Luther of The Organic Prepper, a site focused on resistance through food self-sufficiency. Wake the flock up!