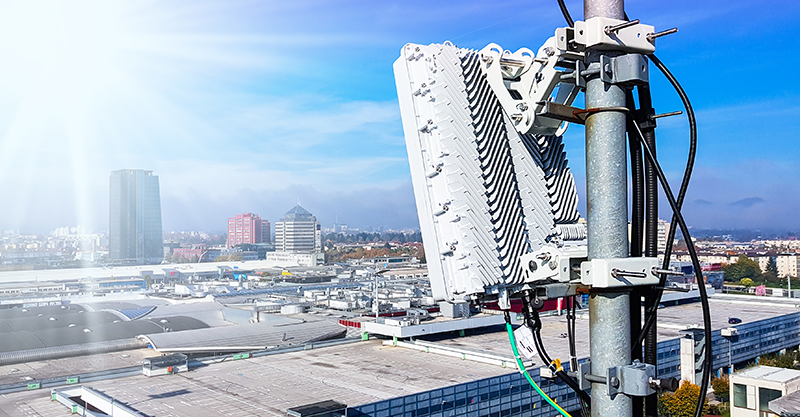 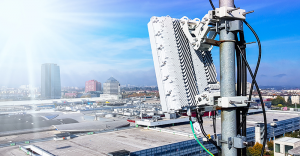 5G is the next generation of cell phone infrastructure, yet it is categorically different than its predecessors (4G/LTE, 3G, 2G, etc.). It is not a simple upgrade. It is a major increase – and change – in the type of wireless radiation to which we will all be exposed, without consent, whether we use this service or not.

5G builds on existing infrastructure and, in addition, uses extremely high (millimeter-wave) frequencies of 24 gigahertz (GHz) or more. These 5G signals don’t travel far, so antennas will be installed approximately every 2-10 homes in residential neighborhoods. 5G will significantly increase our wireless RF radiation (radio frequency microwave) exposure on a 24/7 and 365 days a year basis.

The government’s human exposure guidelines haven’t been updated in more than 20 years, while radiation from cell phones, cordless phones, WiFi and wireless baby monitors has increased exponentially in that time.

In a February 2019 U.S. Senate hearing, senior telecom executives admitted they have not done any safety testing on 5G, nor do they plan to do any. Currently, there are over two dozen cities in the U.S. and countless cities abroad that have 5G, yet there is no scientific evidence to support any claim of safety for it.

What related research does show is cause for alarm. Thousands of independent studies indicate adverse health impacts from wireless radiation. These range from cancer and sterility to DNA damage. The government’s human exposure guidelines haven’t been updated in more than 20 years, while radiation from cell phones, cordless phones, WiFi and wireless baby monitors has increased exponentially in that time.

The 5G agenda is vast. It includes 200 billion transmitting objects, according to estimates, that will be part of the Internet of Things (IoT) by 2020, with one trillion transmitting objects a few years later. 5G is meant to usher in more robotics, artificial intelligence and autonomous vehicles, including 5G antennas installed inside cars – behind our heads and irradiating our brains – so we can talk to people in other vehicles and instruct our driverless cars on where to take us.

5G base stations and 5G devices will have multiple antennas in phased arrays that work together to emit focused, steerable, laser-like beams that track each other. Each 5G phone will function like a mini cell tower, containing dozens of tiny antennas working together to track and aim a narrowly focused beam to search and connect with the nearest cell antenna. The FCC has adopted rules that permit those beams to be as much as 20 watts, ten times more powerful than levels allowed on current phones.

Numerous independent studies on millimeter-wave radiation already show a range of biological effects, indicating that an increase in frequencies may worsen harmful effects.

More than 10,000 peer-reviewed scientific studies conducted by independent researchers from around the world demonstrate the harmful biological effects of wireless radiation. Because of their developmental stages, children are much more susceptible. In addition, wireless radiation effects are cumulative, putting children at greater risk.

The mechanisms of biological harm from wireless radiation were not well understood until Martin Pall, PhD, demonstrated how voltage-gated calcium channels are disrupted, resulting in excessive intracellular calcium ions affecting our cells. Numerous independent studies on millimeter-wave radiation already show a range of biological effects, indicating that an increase in frequencies may worsen harmful effects.

5G is being touted as the next industrial revolution, when, in fact, it amounts to surveillance capitalism, in which intimate details of our lives are tracked, recorded and sold to the highest bidder, irradiating us all the while.

The Telecommunications Act of 1996, section 704, gives the telecom industry free reign and prohibits opposition to wireless infrastructure based on environmental effects, which includes health effects. Thankfully, this prohibition is being challenged in court right now.

The telecom industry is supposed to be regulated by the Federal Communications Commission (FCC); however, the Harvard Center for Ethics describes the FCC as a “captured agency” that is dominated by the industry it is purported to regulate. The multi-trillion dollar telecom industry wields massive lobbying power and formidable public influence through pervasive, propagandistic advertising and media presence promoting 5G.

In the Information Age, data drives the economy. 5G is being touted as the next industrial revolution, when, in fact, it amounts to surveillance capitalism, in which intimate details of our lives are tracked, recorded and sold to the highest bidder, irradiating us all the while.

Let’s Irradiate the Sky, Too

In addition to millions of new base stations on Earth, 5G includes an eventual 20,000+ satellites in low orbit, affecting the ionosphere. Players include Elon Musk’s SpaceX, OneWeb and Amazon. At this time, 66 5G satellites have already been launched, with more on the way. The direct radiation from these satellites, combined with their contamination of our ionosphere, along with pollution of the global electrical circuit would likely be catastrophic to all life on Earth.

5G threatens to provoke serious, irreversible effects on humans and permanent damage to all of Earth’s ecosystems. Immediate measures must be taken to protect life in all of its forms. One solution is SafeG, wired public networks that allow for wireless inside homes and businesses without forcing it on everyone.