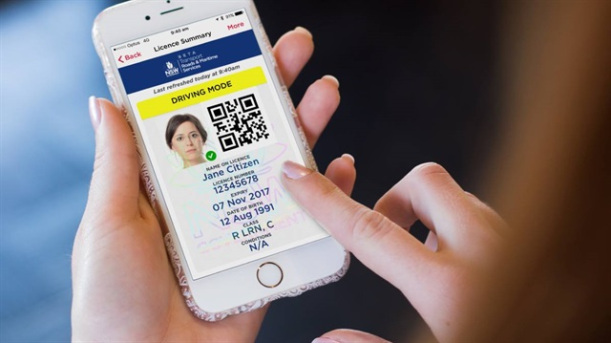 Digital identity and identification has already been introduced in some states. Photo: YF

Australia is helping to lead an increasing transition to the digital era, with some states already offering the option of holding a digital driver’s license, and programs like Digital iD, GovPass and facial recognition systems beginning to take shape on a national level.

As technology and policy towards biometric innovations continues to advance across the world, the inevitability is now clear: Digital identity and instant identification will soon become the new standard, and it is fast approaching.

The federal government is currently trialing technology to simplify how people identify themselves when using its services online after pouring $92 million into the scheme in May’s budget.

A digital identity is one that can be used online and in the virtual world. It adds an extended element of control of how individuals and governments share their identity to verify for services.

According to SA Police and Road Safety Minister Chris Picton, the digital licence option is available to all classes of South Australian drivers including learners, provisional and heavy vehicle drivers.

In New South Wales, voluntary trials have also begun in Dubbo, with a potential full rollout to be delivered in 2019 if it is successful.

BREAKING: Just two hours after we published this article, QLD has announced it will be trialing digital licenses. Queensland Transport will progressively replace three million laminated drivers’ licenses with smartcards that use facial recognition technology supplied by company Unisys.

The apps update in real time to show if a licence has been suspended or expired, revealing various statistics such as demerit points and fines, and has a “shake” feature to show the licence is not a screenshot:

A current list of licenses available on the new smartphone app. Photo: DTA.

Currently, some organisations and businesses may not be set up to validate your digital pass or license, and security measures to protect your encrypted digital license include fingerprint scanning and “identity verification.”

The move is a key step in Australia’s move towards digital identification systems, including moves by the Digital Transformation Agency (DTA) to make identities and individuals more monitored, observable and ‘accountable’.

We have spoken extensively on the continued expansion of national facial recognition plans in Australia, including the development of a full system and privacy concerns associated, however these types of concepts are far from new.

Behind the scenes, the Australian Government has been hard at work building two competing digital identity schemes over the last decade.

The first one, known as Digital iD, is already operational. It has been developed by Australia Post, an Australian government-owned corporation, at an estimated cost of $30–50 million.

According to the website, in a post titled Digital ID: Why it’s crucial for the new economy, the author explains the significant difference in perception and reality of digital identification:

“What we want is a new kind of identity. What we don’t want to do is to take the sorts of identity that we’re used to having at the moment – things like passports and driving licenses – and try to make electronic analogues of those things.

The author is speaking on the notion that “virtual identities can do very clever things”. That is, digital identification can reveal specific information for specific needs.

Just as it can easily reveal personal information to such organisations as Australia Post and pubs, it can also share this with larger entities, and this is what has privacy advocated concerned.

The second is GovPass, a scheme being developed by the DTA, which closely resembles the failed Australia Card of the 1980s in Australia.

Digital identity has the potential to power the new world economy, society and government, and has been a measure of controversy ever since the technology has been able to be developed.

During early 1985, the Federal Government embarked upon a campaign to address the problems of widespread tax evasion. The Draft White Paper on Tax Reform which was released in the lead-up to the ill-fated Tax Summit in July 1985 mentioned, in a few words, the possibility of a ‘national identification system’.

This led to mass protests and opposition across the country, famously culminating with the 1987 campaign against a national ID card.

The GovPass program, a modern incarnation of the movement, will create a digital identity to access government services by giving 100 points of ID, with features such as uploading a “selfie” for checking against passport or driver licence photos.

Learn more about the program here:

A report from ASPI has found weak legislative protections, a lack of attempts at communicating the changes to the public, and the potential for the ID to “turbocharge” how private companies gather details about customers could mire the reform in controversy, much like the failed Australia ID Card:

To gain public approval for this major reform, the government needs a fresh approach that places the citizen at the centre of the system.”

The author draws a link to the Hawke government’s doomed Australia Card, the first attempt in recent decades to introduce a single ID for citizens and a project that brought on a double dissolution election and was later abandoned.

In the report, ASPI says weak controls over businesses using the scheme risk laying the groundwork for an Australian, for-profit version of China’s “social credit scheme” using networks of CCTV and databases to monitor citizens, the think tank said in the report released on Thursday.

China is currently building a digital dictatorship to exert control over its 1.4 billion citizens, including the most comprehensive CCTV biometric network in history, along with a national “social credit” system already being trialed across the country.

Social credit is like a personal scorecard for each of China’s 1.4 billion citizens.

An official Party outline of the program claims: it will “allow the trustworthy to roam freely under heaven while making it hard for the discredited to take a single step”.

An ABC article, She’s A Model Citizen, But Can’t Escape China’s Social Credit System, details the current dystopia being rolled out in China and presents an accurate indication of where this technology can lead.

The ASPI report says the idea lacks adequate safeguards and in its current form is likely to attract public opposition far exceeding that directed towards the My Health Record scheme.

The DTA rejected the findings, saying the scheme had no “honeypot” of personal data for private companies to raid when building profiles of potential customers, and that no digital profiles would be created as citizens verified their identity online.