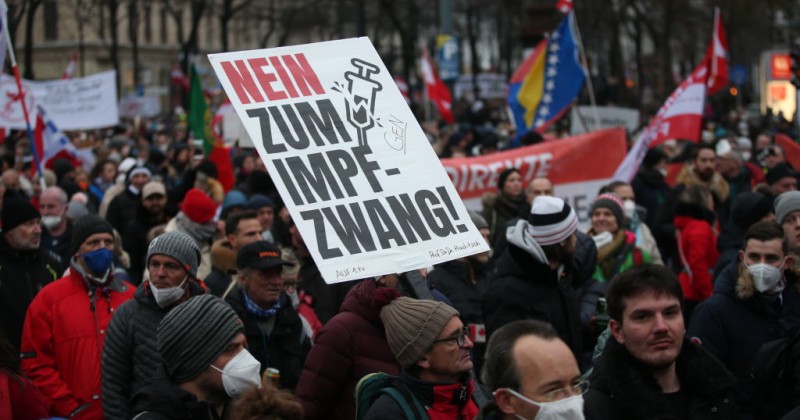 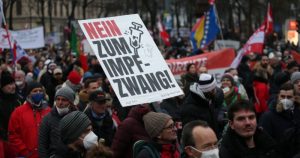 The Austrian government is hiring people to “hunt down vaccine refusers,” according to a report published by Blick.

The burden for enforcing the fines unjabbed Austrians will have to pay as part of their punishment will fall to their employers, necessitating a new army of ‘inspectors’ to ensure that process is running smoothly.

The city of Linz, which is home to 200,000 inhabitants, has a relatively low vaccination rate of 63 per cent.

The role of the inspectors will be to check on “whether those who do not get vaccinated really pay for it.”

The vaccine refusenik hunters will receive a wage of 2774 euros, which will be paid 14 times a year, making an annual income of 38,863 euros.

Nice work if you can get it.

“The job includes, among other things, the creation of penal orders as well as the processing of appeals,” according to the report, adding that workers need to be “resilient” and willing to work a lot of overtime.

The jobs are only open to Austrian citizens, all of whom will either have to be vaccinated against or fully recovered from COVID.

As we previously highlighted, the unvaccinated in Austria could find themselves imprisoned for a year under a new administrative law that would force them to pay for their own internment.

Austrians who don’t get vaccinated by February face fines of up to €7,200 ($8,000) for non-compliance, and those who refuse to pay would also face a 12 month jail sentence.