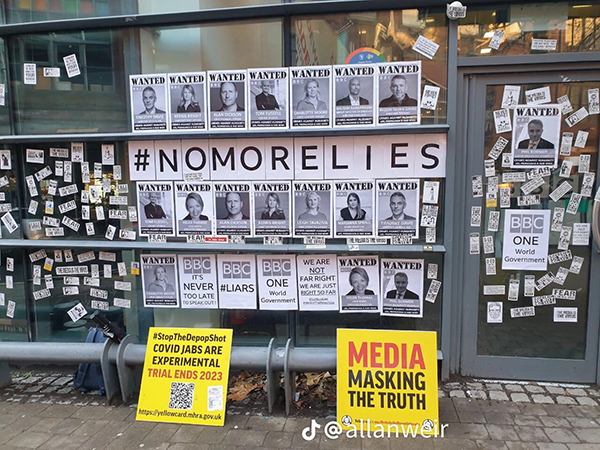 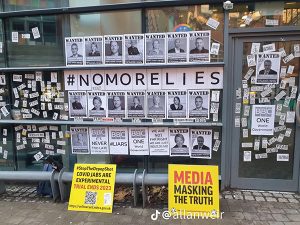 On January 7, 2023, three different groups held rallies across the UK to shine a light on the media’s propaganda in the massive cover up of vaccine injuries and deaths. The People’s Resistance, the North Unites, and the Freedom Fighters came together for a rally called: “The Media is the Virus.” In their wake, the groups plastered six BBC buildings with photos of people who died from the COVID vaccine. The groups targeted BBC Radio Merseyside, BBC Radio Sheffield, BBC Yorkshire Leeds, BBC Media City Salford, BBC the Mailbox Birmingham, and BBC Barrack Rd, Newcastle. Online, the groups called out the BBC for being “traitors to our country.” They also plastered the buildings with “wanted” signs — targeting those responsible for crimes against humanity.

“All mockingbird media are traitors to everyone’s country and have been for a very long time,” the activist groups wrote on Telegram. “BBC buildings today were given some TRUTH,” the group posted online. “Enough is enough….the media is complicit in the biggest crimes against humanity and need to be held accountable for the deaths and harms caused to our friends and families.”

The BBC is complicit in silencing stories of vaccine injury and death across social media platforms. The BBC took in at least $23.7 million from the Gates Foundation to parrot vaccine propaganda that has ruined countless lives. 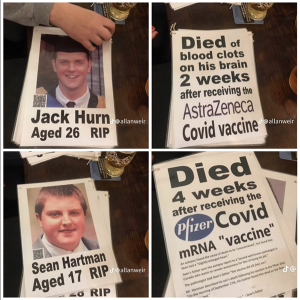 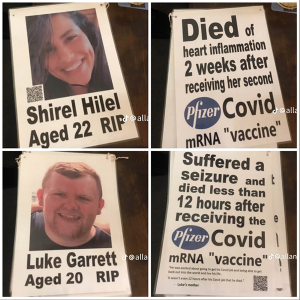 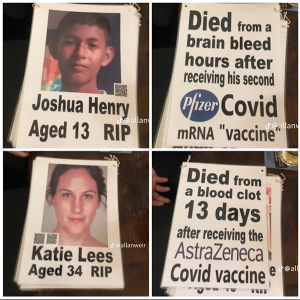 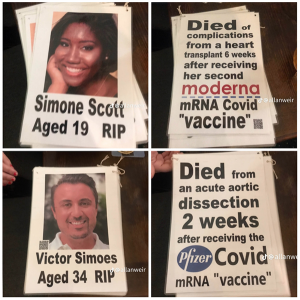 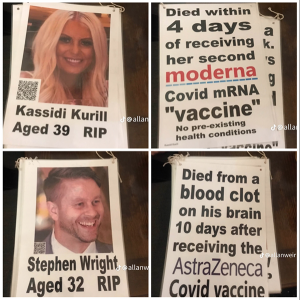 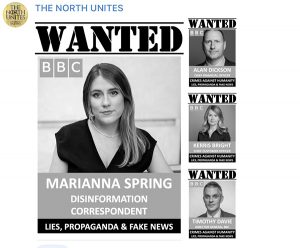 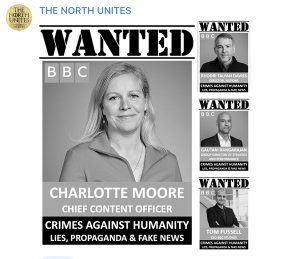 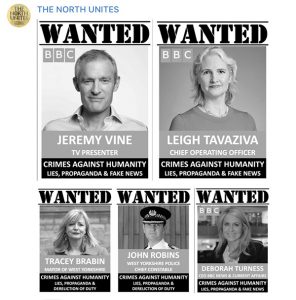 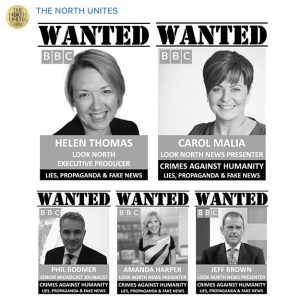