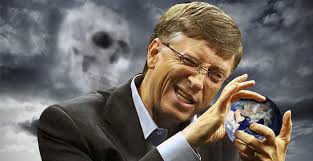 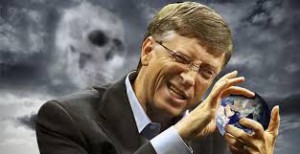 Gates’ sudden and peculiar obsession with hypothetical scenarios that could potentially kill hundreds of millions of people around the world in less than a year is deeply concerning, not just because such scenarios are possible, but because Gates has both the funding and the power to turn possible into probable. Consider the following statements Gates has made over the years to suggest that reducing the world’s population is one of his personal goals:

“The world today has 6.8 billion people. That’s heading up to about 9 billion. Now, if we do a really great job on new vaccines, health care, reproductive health services, we could lower that by perhaps 10 or 15 percent,” Gates said at a 2010 TED (Technology, Entertainment and Design) conference talk in Long Beach, California.

“The benefits [of vaccines] are there in terms of reducing sickness, reducing population growth,” stated Gates during a 2011 interview with CNN’s Dr. Sanjay Gupta. Gates also denounced the scientifically proven vaccine-autism link during this cringeworthy interview. “It really allows society a chance to take care of itself,” he added about using vaccines to reduce population numbers.

“The magic tool of health intervention is the vaccine, because they can be made very inexpensively,” stated Gates, also in 2011, during an interview in which both he and his wife once again hawked vaccines as a way to reduce the world’s population.

“There is no such thing as a healthy, high population growth country,” stated Gates during a keynote address at the mHealth Summit, an annual gathering supposedly focused on improving healthcare through mobile technology. “If you’re healthy, you’re low population growth,” he added.