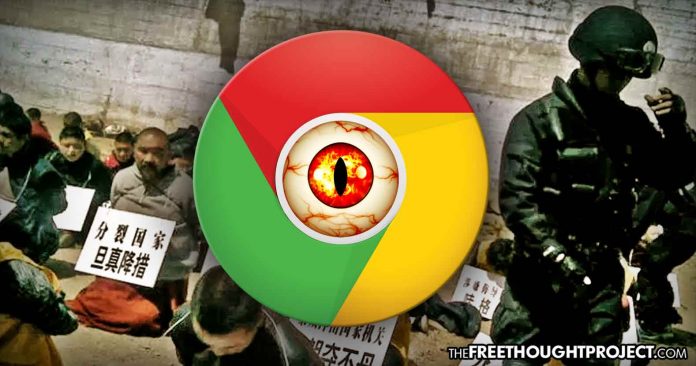 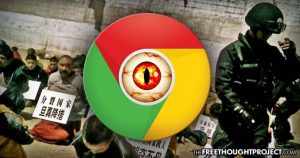 Last week, it was reported that a senior scientist at Google, Jack Poulson did the right thing and resigned from his high-paying job over his employer’s decision to support censorship in China. “I am forced to resign in order to avoid contributing to, or profiting from, the erosion of protection for dissidents,” he said.

The senior scientist blew the whistle last month after the Intercept revealed through leaked documents that the internet behemoth planned to launch a censored version of its search engine in Chine that will blacklist websites and search terms about human rights, democracy, religion, and peaceful protest.

After unsuccessfully pleading with his bosses to stop the implementation of this censorship platform Google is creating, Poulson tendered his resignation.

He felt it was his “ethical responsibility to resign in protest of the forfeiture of our public human rights commitments,” he said.

The insidious nature of supporting such tyrannical censorship speaks for itself. However, Google apparently couldn’t care less about the implications and are reportedly moving forward with the initiative anyway.

What the hell happened to “don’t be evil” Google?

As the Intercept reports:

The project – code-named Dragonfly – has been underway since spring of last year, and accelerated following a December 2017 meeting between Google’s CEO Sundar Pichai and a top Chinese government official, according to internal Google documents and people familiar with the plans.

Teams of programmers and engineers at Google have created a custom Android app, different versions of which have been named “Maotai” and “Longfei.” The app has already been demonstrated to the Chinese government; the finalized version could be launched in the next six to nine months, pending approval from Chinese officials.

The planned move represents a dramatic shift in Google’s policy on China and will mark the first time in almost a decade that the internet giant has operated its search engine in the country.

Through their censorship tactics, Google is helping to enable one of the most tyrannical and oppressive regimes on the planet.

“This has very serious implications not just for China, but for all of us, for freedom of information and internet freedom,” Patrick Poon, a Hong Kong-based researcher with human rights group Amnesty International, told The Intercept. “It will set a terrible precedent for many other companies who are still trying to do business in China while maintaining the principles of not succumbing to China’s censorship. The biggest search engine in the world obeying the censorship in China is a victory for the Chinese government – it sends a signal that nobody will bother to challenge the censorship any more.”

According to the leak, Google’s Chinese search app will automatically identify and filter websites blocked by the Great Firewall. When a person carries out a search, banned websites will be removed from the first page of results, and a disclaimer will be displayed stating that “some results may have been removed due to statutory requirements.” Examples cited in the documents of websites that will be subject to the censorship include those of British news broadcaster BBC and the online encyclopedia Wikipedia.

What’s more, Google will likely be required to turn over these blocked results to the Chinese government, in turn becoming a policing arm of the tyrannical state.

“It has been a requirement that companies operating in China must be prepared to police their users and turn over user data to security agencies upon request,” said Ron Deibert, director of Citizen Lab, an internet research group based at the University of Toronto, according to the Intercept. “We have also found overall that internet censorship [in China] is evolving towards less transparency, with less notification to users when messages are censored or removed across all platforms.”

This move by Google to not only support censorship, but participate in the oppression of more than a billion people should not be taken lightly. The internet giant is actively working with a corrupt and murderous government to allow that government to continue its corruption and murder—unchecked and under cover.

Based on the history of how China treats its dissidents, Google could soon be complicit in the murder of people for their political views. Let that sink it.

While this censorship by Google may be currently reserved for China, it’s only a matter of time before the tyrants in America seek to adopt it here—in the name of “national security,” no doubt.

While many Americans may be oblivious to the horrific nature of the Chinese surveillance and police state, the reality is that it exists and is getting worse. In fact, the level of tyranny has become so problematic that even mainstream media is occasionally forced to report on it. Below is a clip from a Wall Street Journal report on what they called the “total surveillance state” in the country.

If you want a glimpse into what Google is supporting, below are more short videos exposing the horrific nature of the Chinese government—one that Ingsoc would be jealous of.