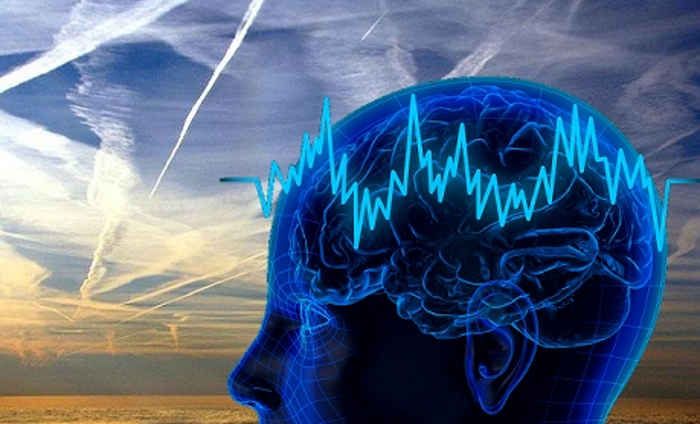 The CDC Comments on Morgellons:

“Morgellons Disease is a multi-system condition characterized by novel skin manifestations and insidious neurological and other systemic symptoms. The distinguishing characteristic of Morgellons is the presence of microscopic subcutaneous fibers. Lighted microscopy (60x) enables the visualization of these unusual fibers, often colored red, blue, white or clear, embedded in open skin lesions as well as their presence beneath completely intact skin. The exact composition of these fibers remains a mystery.“ — Case Definition as submitted to the CDC, February 14, 2006

This post contains two news reports from KTVU TV in the California Bay area where “Morgellons” is correctly reported as a bizarre infectious disease.

The third video is an important 2012 presentation by researcher, Cliff Carnicom who presents disturbing findings of “desacated red blood cells” and bio-engineered filaments as fallout from these so-called “geoengineering aerosols”. Perhaps a more appropriate term is Bio-Geoengineering aerosols in order to convey the complete scope and consequence of this environmental weapon.

A Fourth Video presented by Sofia Smallstorm discusses the dark agenda of synthetic biology. If we limit our knowledge of chemtrails to weaponizing the weather, we overlook the larger agenda that almost no one is talking about – Transhumanism. The self-replicating fibers found in Mergellons are also found throughout the environment. Chemtrails spider webs are only one curious example.

Historical documents from the Vietnam war confirm that toxins(Monsanto’s Agent Orange) and weather modification (Operation Popeye) agents were sprayed from military aircraft. Given the rich history of secret government chemical and biological experiments on humans, it should be no surprise to learn that Morgellons is a product of a self-replicating, bio-engineered filament sprayed from aircraft that also release geoengineering aerosols – aka “chemtrails”. (More)

Note: In keeping with the CDC’s mission to coverup the Morgellons story, articles and videos have been deleted from KTVU website. Many references remain available via Archive.org

“The CDC for the first time publicly says Morgellons is “an emerging public health problem.”

OAKLAND, CA — KTVU Channel 2 has learned the federal Centers for Disease Control has asked Kaiser Permanente to begin the nation’s first epidemiologic study of “Morgellons Disease,” a mysterious ailment that the government terms an “unexplained and debilitating condition that has emerged as a public health concern.”

KTVU Health and Science Editor John Fowler was the first in the nation to report on this “mystery disease” as it was called in 2004. He reported the skin disorder seemed to cause fibers and filaments to emerge from the skin of sufferers, and also seemed to cause neurological problems patients described as “brain fog.”

John followed up with other reports, and founders of a non-profit group hoping to help sufferers understand the disease named it Morgellons. As of February this year, the Oklahoma State U. Center For Health Sciences has identified more than ten thousand families nationwide. John profiled former A’s pitcher Billy Koch who says both he and his wife have symptoms.

KTVU has obtained a federal Request for Quotation, delivered to Kaiser Permanente, that says the CDC now wants its nationwide study to be focused in the Bay Area because 24% of Morgellons patients “reside in California with geographic clustering in the San Francisco metropolitan area.”

Federal doctors now want Kaiser Permanente to conduct an urgent epidemiologic investigation with results due by next May “… to better characterize the clinical and epidemiologic features of this condition; to generate hypotheses about factors that may cause or contribute to sufferers’ symptoms; and to estimate the prevalence of the condition in the population; and to provide information to guide public health recommendations.”

The CDC for the first time publicly says Morgellons is “an emerging public health problem.”

KTVU-TV John Fowler 2012 follow-up reports on Morgellons. We see the CDC pulling back from their initial position to characterize patients as “delusional”. Dr Raphael Stricker defends the victims and Dr Wymore’s position that the patients are afflicted with a “real” infectious disease and the mysterious filaments are not external contamination. What’s important is the CDC terminated the study without determining the origin or molecular makeup of the mysterious fibers.

“A position statement from Randy S. Wymore on the topic of Morgellons Disease and other Morgellons-related issues:
1. Delusions of parasites (DOP) is a diagnosable condition.
2. Neurotic excoriations can be found in the general population.
3. Crystal-meth users as well as some other addictive substances can cause DOP or DOP-like symptoms and severe skin problems.
4. The condition known as Morgellons Disease, or Morgellons Syndrome (the CDC preference for labeling this condition), is none-of-the-above.

Researchers and clinical faculty at the Oklahoma State University Center for Health Sciences have been looking into Morgellons Disease for several years now. We do not know a) the cause of Morgellons, b) what the fibers, black specks, granules or other unusual “shed” material are made of, or c) any conclusively effective treatment.

We do know that some samples of fibers associated with Morgellons Disease are not simple textiles of animal, plant or synthetic nature.”

1/19/2008: Dr. Randy Wymore, then head of Morgellons research at the prestigious school of pharmacology at Oklahoma State University, had personally briefed CDC officials in the past. Nonetheless, the Atlanta based CDC coverup operatives showed very little interest in the subject of Morgellons or in Dr. Wymore’s revolutionary findings concerning the growing danger this affliction poses to society at large. (Rense)

The CDC likely moved to shut down the Morgellons controversy after Dr. Wymore was beginning to report the same anomalies discovered by Cliff Carnicon – that Morgellons was a systemic infection of the entire human body where filaments only emerge through the skin in a small minority of victims who’s systems attempt to reject the foreign body invasion.

“The filaments are not external contamination but a substance that somehow materializes from inside the body.”

The Morgellon connection to chemtrails would need to be terminated before Wymore was interviewed again. The New York Daily News is only one of several papers to announce the CDC’s declaration that Morgellons victims were mostly “delusional”.

Was Senator Dianne Feinstein instrumental in shutting down the CDC on Morgellons?

“The high number of Morgellons patients in California has caused a response by leaders such as U.S. Sen. Dianne Feinstein who has repeatedly communicated to the CDC task force that their investigation is urgent and necessary.” (Stanford)

Most of the time when high ranking politicians want “urgent action”, they really want the issue to disappear.

CDC Discredits findings of Dr. Wymore after his results begin to agree with Cliff Carnicom

ATLANTA, Ga. (Seattle Times) Imagine having the feeling that tiny bugs are crawling on your body, that you have oozing sores and mysterious fibers sprouting from your skin.

Sound like a horror movie? Well, at one point several years ago, government doctors were getting up to 20 calls a day from people saying they had such symptoms.

Many of these people were in California and one of that state’s U.S. senators, Dianne Feinstein, asked for a scientific study. In 2008, federal health officials began to study people saying they were affected by this freakish condition called Morgellons.

“We found no infectious cause,” said Mark Eberhard, a Centers for Disease Control and Prevention official who was part of the 15-member study team.

“She said perhaps the patients could be helped by cognitive behavioral therapy that might help them deal with possible contributing psychological issues.”

Oklahoma State U. – Morgellons disease, a little-known and often discounted illness, lacks the solid scientific data needed to point to a definitive cause. Randy S. Wymore, Ph.D., assistant professor of pharmacology and physiology has taken on the research challenge in his academic research.

KTVU Health and Science Editor John Fowler was among the first journalists to report on Morgellons almost eight years ago in March of 2004. Many Bay Area patients told KTVU the disorder they have is real.

CDC report amounts to rogue science with an unfounded conclusion of “Delusional Infestation” before the makeup and origin of mysterious filaments and fibers has was determined. The CDC report meets the test of science fraud particularly since the CDC result fails to agree with the finding of the study’s lead researcher, Dr. Randy Wymore.

In 2014, Cliff Carnicom (Carnicom Institute) remains a primary Morgellons investigator makingdocumented progress at revealing the environmental source and a possible way to inhibit the offending “bio-organism”. In 2012, Carnicom announced progress in a 1/31/2012 newsletter. Also see this excerpt from the Aug, 2012 CBC meeting.

Carnicom’s work is distinguished by all the rest by his determination to expose the source of the Morgellons filaments. The title of his presentation at the CDC conference was:

From Chemtrails to Pseudo-Life: The Dark Agenda of Synthetic Biology

Morgellons Exposed: Is aerosol spraying only about weaponizing the weather?

All this suggests a planetary engineering program that is affecting and targeting all living things. Synthetic biology is science’s most exciting new frontier, combining genetics, robotics and nano-technology with artificial intelligence, hybridizing natural forms and engineering tissues beyond our wildest dreams. The technology explosion is skyrocketing, and artificial intelligence will soon surpass our own capabilities.

How will our world be organized then? WIll we turn ourselves over to machines? Or will we have become technological hybrids ourselves?Discussion of Piezo technology

“The exact composition of these fibers remains a mystery”

Bottom Line: “The exact composition of these fibers remains a mystery”