Have you heard of the Space Fence? Heavy metals, gems, minerals, and nano tech are forming a massive computer disk surrounding the planet. Augmented Reality will soon be, well, reality. Magic Leap Inc. has designed a new Photonic Lightfield Chip that will use nano-scaled technology to project a false reality straight to your retina! 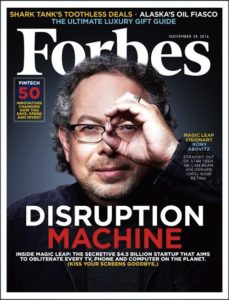 The Planetary Lockdown is happening. A system is in place that will use ionospheric heaters like HAARP in conjunction with particulates put into space to create a giant computer disk around the globe. These VLF transmitters, while powerful, will be mostly invisible outside the planet, since the ionosphere blocks nearly all of that VLF energy, further, because the pattern is omni, the power at any significant distance will be quite small. How do you fight an invisible weapon? Was it man-made of an act of God? We may never know!

Transmissions that probably should not have been sent to space!

Elana Freeland has been a Rudolf Steiner school pioneer, teacher, lecturer, storyteller, and writer. She has written for alternative publications, edited the stories of survivors of MK-ULTRA and ritual abuse, and is still ghostwriting books on diverse topics. In 1996, she was awarded a Master of Arts in Great Books and honors for her thesis on historiography at St. John’s College in Santa Fe, New Mexico. Elana Freeland on Facebook

Billy Hayes is known as “The HAARP Man” but, we could call him, “The Microwaved Man” is a MK Ultra survivor and was a contractor under HAARP engineer Bernard Eastland. Because he was not placed under non-disclosure agreement at the HAARP facility, he can speak openly with us about what is really going on with this technology. Follow Billy Hayes on Facebook.

Billy mentioned that something always happens we he speaks out. Usually this comes in the form of frequency manipulation that results in Billy having seizures. While he was on The Free Zone, Billy’s child was involved in a hit and run and Billy had to leave the show to speak with the police.

Jim Lee joins The Free Zone in the second hour after returning from G. Edward Griffin’s “Global Warming; An Inconvenient Lie”. This historic conference of scientists, academics, and activists laid out the best evidence that global warming is a manufactured crisis, designed to implement global government control on every aspect of your life. Jim spoke on Geoengineering and Weather Modification, HAARP and the Sky Heaters, and of course, Chemtrails. Check out ClimateViewer 3D and Geoengineering Timeline

Freeman produced the very first documentaries on HAARP and Chemtrails. If you have not watched the Freeman Perspective, you should Start at the Beginning! HisLectures have changed the way we look at this new technology. Freeman’s Space War News has been ongoing from the moment that NASA bombed the moon! For more Transhumanist News, Follow Freeman on Twitter