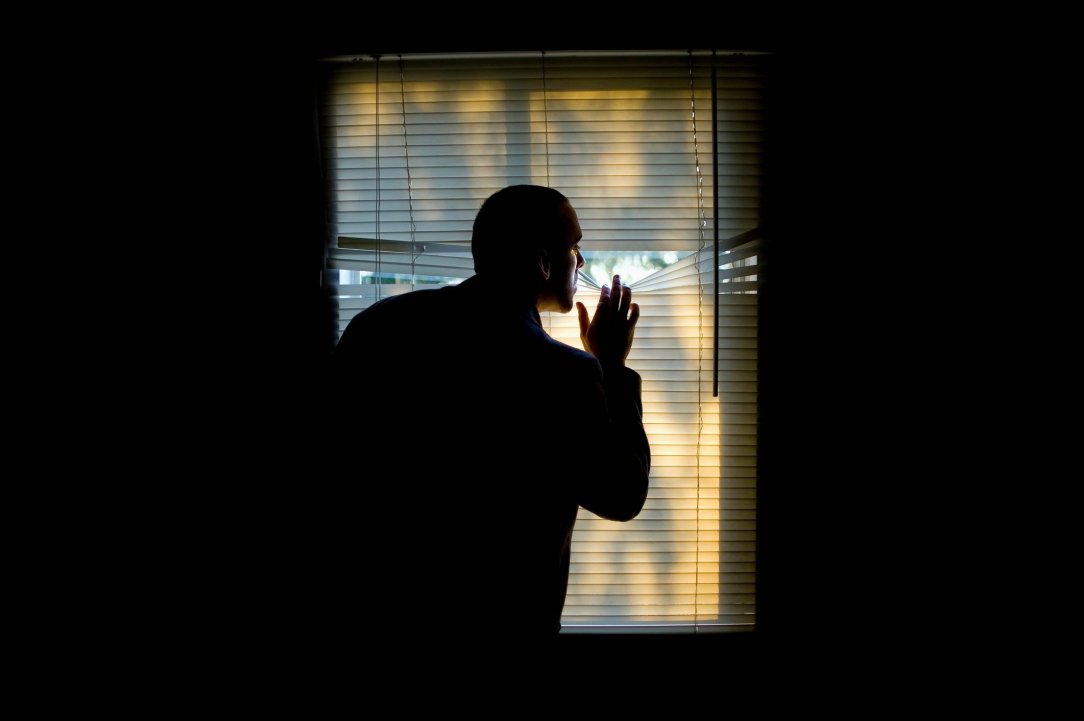 Launching this month, the new platform is already having a divisive effect on Australian society, with almost 2000 people reporting someone for breaching lockdown rules on Easter Monday in Victoria.

The surge in calls and emails follows a recent spike to the state’s new police assistance line, which had received more than 22,500 COVID-19 related calls in the fortnight before Easter.

More than 600 calls a day are flooding into the state’s crime reporting hotline as Victorians rush to dob in neighbours who flout COVID-19 social distancing rules.

In Western Australia, police have been inundated with inquiries regarding COVID-19 to the newly established pandemic information hotline launched ‘to keep communities informed’.

Similarly, a new dedicated coronavirus helpline has been set up by the ACT government to help Canberrans deal with the challenges of the pandemic.

As a result, individual reports are emerging of Australians beginning to dob each other in, dubbed “virus vigilantes”, painting a troubling image of the effects of current social restrictions.

The hotline follows workplaces being urged to dob in colleagues who defy instructions to self-isolate because of the coronavirus, with a campaign run early stressing severe financial penalties.

“If your mate has been to Bali and they come back and they turn up to work, and they are sitting next to you, they will be committing an offence,” Prime Minister Scott Morrison said.

His sentiments were soon echoed by state authorities: “If you’re in a workplace and you know someone is coming to work who has recently been overseas, let us know,” Ms Berejiklian said.

“You can let the relevant authorities know, and the police can turn up and force that person to stay home.”

By denying basic freedoms to citizens, they not only feel socially obliged to report COVID-19 dissenters as a matter of health, but they have been subconsciously trained through isolation to negatively react to those who seek to enjoy the freedoms they have given up.

This endless cycle of psychological warfare can lead down a slippery slope, as history has shown.

Divided social structures, broken of trust and disconnected from senses of community, can become one of the biggest dangers a nation can face when enduring challenging times.

The mainstream media continues to program masses of people with a clear, fear-driven divide and conquer strategy, while the stage show of the political arena moves in a calculated manner.

Despite this, the devastating nature of political mobilisation is well accounted for, with scholars extensively identifying such mechanisms as causes of ‘cultural revolutions’ across the world.

In China, The Great Proletarian Cultural Revolution was a decade-long period of political and social chaos caused by Mao Zedong’s bid to use the Chinese masses to reassert ultimate control.

In a bid to ‘stamp out’ traditions of China’s past, the summer of 1966 would cause a catastrophic political convulsion that would catapult the county into a decade of heartbreak and violence.

Widely considered one of the most destructive socio-political upheavals in history, the Cultural Revolutionincentivized people to snitch on each other to signal loyalty to the Party.

Gangs of students and ‘Red Guards’ attacked people wearing ‘bourgeois clothes’ on the street, imperialist signs were torn down and intellectuals were murdered or driven to suicide.

Red Guard divisions in classrooms and campuses across the country were urged to destroy the “four olds” – old ideas, old customs, old habits and old culture.

The underlying concept behind this cultural uprising was driven by state-run propaganda, in which authorities consistently warned citizens that ‘revisionists’ has infiltrated society.

This radical shift in Chinese culture, and the subsequent blows to community trust in the aftermath, is regularly cited as one of the main reasons behind acceptance of the social credit system.

A lady named Yu, who is now 64, has recently been blogging about her memories of the cultural revolution period in a bid to prevent history repeating itself.

“If our descendants do not know the truth, they will make the same mistakes again,” she wrote in the introductionto her series of online reflections. “I want to use real experiences to prove that the Cultural Revolution was inhumane.”

China is just one example (of many) that demonstrates how a culture can be systematically turned against each other via mechanisms of fear-based, centralised programming. It serves as a warning.

DON’T FALL FOR THE GAMES

Connections between ‘cultural revolutions’ of the past and the escalating situation in Australia aren’t as far-fetched as many may think. People tend to forget that this country has already been programmed to view their fellow Australian as strictly a set of structured political beliefs.

From the marriage plebiscite controversy and media-fuelled multicultural clashes, to the rise of politically correct culture as front for the development of ‘Newspeak’ in the 21st century.

By telling Australians what they can say and what they can believe, coupled now with what movements they can take and people they can see, the pathway of engineering grows slowly behind the scenes and new tracking mechanisms will further this division.

Didn’t you hear? The ‘phone’ told you your mother is sick. You must stay away or face conviction. While you are at it, remember you can contact us at any time if she breaches her compliance!

Soon, as we have predicted, this type of incremental socio-technocratic push will soon manifest as the new normal, and ‘approved’ behaviours will next be ranked in a social credit capacity.

COVID-19 is a stepping stone. Not only as a tool to fundamentally strip away freedoms under the guise of ‘health’, but as a way to slowly introduce the restrictive mechanisms that will undo our capacities to think and move freely.

Did you have your vaccine? Do you disobey stay at home orders? Are you a public health ‘threat’ on the side of the invisible virus army? Your fellow citizens and Big Brother will soon know.

We must resist this push at all costs. A pitchfork in the social road is not a solution for the circumstances we find ourselves in and anything that fuels a mob mentality — COVID-19 hotlines and movement-tracking apps — should be taken with the biggest grain of salt.

Not to mention intentional attacks by the mainstream media directed at alternative theories, designed to cause division and paint critical thinkers as the ‘dangerous enemies’.

We don’t know how long we will be in lockdown for. Authorities say another four weeks at least, while others predict things will never be the same. Regardless of the path ahead, we must ask ourselves: What society do we want to emerge through this process?

A society that remembers the essence of Australian mateship, goodwill and culture? Or a dehumanized societythat pushes the country further towards a transhumanist dystopia?

Australian culture certainly has a very interesting road ahead.