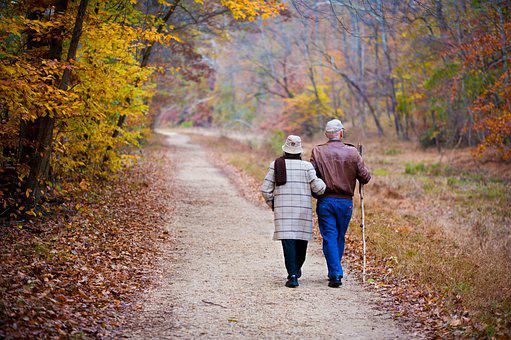 In the 1973 film, Soylent Green, a NY police detective discovers that the vastly overcrowded, poverty–stricken population of the city—who are being sustained on processed government food, called Soylent—are now unknowingly eating humans who have died. That’s what Soylent Green is made of. That’s the terrible secret. What’s the secret now? It’s all there in the open-source literature…

Note: I’m republishing this piece to keep the truth on the record. It can easily slip away.

The supposed diagnostic tests are meaningless.

The case numbers are meaningless.

The people who have died have died for multiple reasons, none of which has anything to do with SARS-CoV-2.

I have spent the past year writing over 300 articles, providing compelling evidence for the above assertions.

Who are these people? By and large, who are they?

A member of Biden’s coronavirus task force, Dr. Zeke Emanuel, once stated there is no reason people should want to live beyond the age of 75. Just go gently into that good night.

Well, what is called COVID is old people.

My first clue about the elderly came from a report published by Italy’s National Institute of Health during the early days of the “pandemic.” It stated that the average age of people dying from COVID in the country was 79.5. That clue was the size of an aircraft carrier parked outside your house.

Soon after the Italian report, the Institute of Health went dark. No more research was released. No updates. They’d spoken out of school, and someone slapped them in the head.

Open-source press reports revealed the “excess mortality” of 2020 was largely the result of elderly people dying in nursing homes.

This has nothing to do with a virus.

It has to do with patients who are ALREADY on a long downward health slide. They ALREADY have multiple health conditions. For years, even decades, they’ve been pounded with toxic medical drugs, weakening their bodies and shredding their immune systems—

And THEN they’re isolated and shut off from family and friends—in facilities where gross neglect and indifference are all too often the “standard of care.” THEN they’re treated with toxic and destructive drugs like Remdesivir and Midazolam.

Death is the direct result.

These patients just fold up and die.

The managers of pandemic information tell the big lie. They spin tales about “the virus” having a greater impact on the elderly.

To an astounding extent, COVID-19 is a NURSING HOME DISASTER.

Memo to financial investigators: Calculate how much money government and private insurers are saving, because they don’t have to keep paying for the long-term care of all the old people who are dying premature deaths in nursing homes. The money number will be staggering.

Tony Fauci knows the con. He knows COVID-19 is old people. People are dying from the fear he promotes. Fauci has no shred of shame. He’s a mouthpiece turned out by Bill Gates and David Rockefeller.

Evil permeates the COVID operation. The elderly in nursing homes are the primary target. Getting them to die earlier is the tactic, in order to pump up the fake COVID mortality numbers.

Without those phony numbers, the whole “pandemic” would be exposed in an hour.

I’ve said there were two key events in the foisting of the whole vicious COVID fiction—the Chinese regime locking down 50 million citizens overnight for no good medical reason, giving the green light to the World Health Organization and the CDC to “follow the new model”; and the Bill Gates-financed computer projection of deaths, put together by Neil Ferguson, who lied through his teeth when he claimed half a million people could die in the UK and two million in the US by the summer of 2020—thus supplying the final “rationale” for the lockdowns.

The third key event was and is the sustained attack on the elderly.

Kill these people with terror and isolation, and make the death numbers escalate.

As of May 22, 2020, Forbes reported that, “…in the 43 states that currently report such figures, an astounding 42% of all COVID-19 deaths have taken place in nursing homes and assisted living facilities.”

Washington Post, May 18, 2020: “The World Health Organization said half of Europe’s covid-19 deaths occurred in such facilities.”

The Guardian, May 16, 2020: “About 90% of the 3,700 people who have died from coronavirus in Sweden were over 70, and half were living in care homes, according to a study from Sweden’s National Board of Health and Welfare at the end of April.”

“The country [Spain] was shocked at the end of March when the defence minister revealed that soldiers drafted in to disinfect residential homes had found some elderly people abandoned and dead in their beds.”

“In Madrid, the total for Covid, or suspected Covid, deaths since 8 March stood at 5,886 on Thursday. In Catalonia, it was 3,375. Between them, care home deaths in the two regions account for more than a third of all the coronavirus deaths in the country.”

And there was a great deal of early warning on the subject, if anyone from public health agencies wanted to pay attention—The Guardian, 13 April, 2020: “About half of all Covid-19 deaths appear to be happening in care homes in some European countries…Snapshot data from varying official sources shows that in Italy, Spain, France, Ireland and Belgium between 42% and 57% of deaths from the virus have been happening in homes, according to the report by academics based at the London School of Economics (LSE).”

These nursing home figures only give a partial picture. Consider the HUGE NUMBER of elderly, already-ill people who are basically in the same situation AT HOME—terrified by COVID propaganda, locked down, isolated; and then die—and also those who manage to make it to a hospital, where they are put on breathing ventilators, heavily sedated, and killed.

And yet the ventilator death-treatment continues. As does treatment with remdesivir, a highly toxic drug.

The New York Times (June 27, 2020) reported that 43 percent of all US COVID deaths were occurring in nursing homes and other long-term care facilities for the elderly. In at least 24 states, more than 50 percent of all COVID deaths were occurring in these facilities. The Times failed to mention deaths of the elderly at hospitals or, at home, cut off from family and friends. The situation is far worse than the Times made it out to be.

Behind politicians’ and public health officials’ oh so caring directives and demands and declarations and pronouncements, it’s mass murder.

Imagine YOU were 80 years old. For years you’ve been suffering from multiple serious health conditions. For years, doctors have been giving you many toxic drugs, carving up your immune system, weakening your body, affecting your judgement. Along comes a false story about a deadly virus. Every time you turn on the television set, there it is, that fearful story. You’re terrified. Maybe the virus will visit you. And then one day, your doctor gives you a test, or simply eyeballs your clinical symptoms, and says yes, you have it. The virus. You’re infected. Your terror escalates. Your worst nightmare has come true. And suddenly, you’re isolated in your home, alone, or you’re locked up in your room in a nursing home, cut off from family and friends. Day after day, week after week. What would you do?

Chances are, you would see no point in living. You would give up and die.