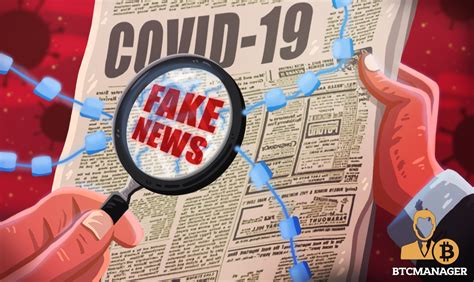 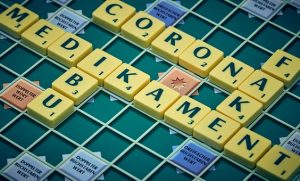 As many of you know, a major study on the drug, Hydroxychloroquine (HCQ), has been retracted by the Lancet, a mere 13 days after it was published. That might be a world record.

The study, using a gigantic data set of 96,000 patients in 671 hospitals, concluded the drug was useless for treating COVID-19 patients, and posed health dangers.

The study (briefly) had the effect of convincing medical professionals, governments, media, and the public that HCQ was a total failure. A COVID drug would have to come from somewhere else.

The authors of the study and the Lancet reviewers now confess the data can’t be found. The strong suggestion is, the data never existed.

The relentless and brilliant journalist, Celia Farber, covers the whole sordid story at uncoverdc.com. She points out that “Remdesivir, [the toxic COVID drug] ‘touted’ by Anthony Fauci…costs $1,000 per pill, whereas HCQ’s generic price is $0.64.” That’s called a clue.

And, of course, the plan is to keep the whole COVID farce going long enough to make the Bill Gates vaccine the primary instrument of treatment, through “prevention.”

The next part of this article was prompted by a story a friend told me: a graduate student, when informed about the Lancet retraction, blew up and said, “Don’t you care about SCIENCE?” Scratching an inch below the surface of his non-sequitur outburst, his meaning was clear—he hates Trump, Trump said he was taking HCQ, so HCQ must be terrible, so the discredited Lancet study must actually be accurate. And that’s science. Isn’t this charming? And how many thousands of dollars did this student’s education cost?

So let’s focus on one sector of the massive population of loons who are dutifully wearing masks and trudging down life’s path hypnotized by the COVID myth:

Several years ago, I posted a staggering statistic from the National Alliance on Mental Illness (NAMI): “More than 25 percent of college students have been diagnosed or treated by a professional for a mental health condition within the past year.”

Aside from the zombifying effects of the psychiatric drugs (made even more dangerous by any effort to quickly withdraw from them), the students gain a new perspective from the mental-disorder diagnosis: they’re victims. And now a COVID pandemic? They can wear their masks and deepen that self-image. Wonderful.

Big Brother has given them a psychiatric diagnosis, meds, and an excuse for not succeeding in life. Big Brother has also given millions of them student loans. An illusion of a free ride.

Throw off those COVID masks? Not a chance. That would suggest the possibility of independence. Goes against victimhood.

Victims try and whine and moan but never really succeed. That lifestyle sounds interesting. Put it on. Have fun with it. Adjust attitudes. Become a “heroic victim.” Who knew there was such an option?

Who is Big Brother? The college students hazily think about who is supplying them with the “free” psychiatric meds, who is issuing orders about the pandemic, and who is handing out their loans. Seems to be the government on all counts. OK, love Big Brother, love the government. Done.

If these students are learning anything at all in college, what is it? Well, at the top of the list would be: “science is truth.” Simple, easy, graspable.

In this “pandemic,” who is the main figure? Who is the one who SEEMS to be on the side of science, with no political ax to grind? Fauci.

Where are the students’ brothers and sisters in the cult of victims? Where are they to be found, whining and bitching and moaning? On Twitter. Good. Love Twitter. Quick, easy, no thinking necessary. Type three sentences, that’s work for the day. Whew. Relax.

Watch YouTube videos. Let the images and the voiceover flow by.

Besides, AI is taking over everything. An automatic system from Big Brother. No effort necessary.

“Going outside for a few minutes now. Put on my mask. No problem. When I’m out on the street, all I do is look at my cell phone anyway. Just need to stay six feet apart. I can do that. Victim hero behind the mask.”

The student vaguely remembers a moment last year when he was at the museum and stopped at a painting by Goya. It ripped his heart out. It sent torrents of energy up his spine. But…the memory passes. The meds kick in. That was life as it used to be.

No more. Now it’s signs and signals of social justice and the cell phone and twitter and the drugs and the mask and the victimhood and the loans and Fauci and the pandemic, etc., etc.

Instead of accepting diagnoses of made-up mental disorders, parents seeking to understand their children’s anxieties at college ought to consider the following: “…National Center for Education Statistics [is] reporting that many 12th grade students in the United States are reading and writing at a fifth grade level. Many college students take transitional coursework to improve their literacy skills in their first year of college. The National Center for Education Statistics reported that about one third of first-year college students take transitional courses… At some post-secondary institutions [colleges], the percentage of first-year students who enroll in transitional classes is as high as 60%…”: