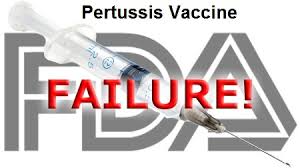 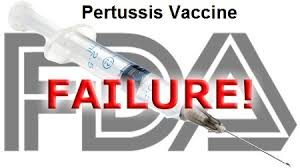 NOTE: The vaccine is a total failure & the vaccinated are causing the outbreaks, plus the booster is totally useless. They have to admit it, it’s now become ridiculous. Look at this from the CDC & is about fully vaccinated kids getting whooping cough in care. Pertussis Infection in Fully Vaccinated Children in Day-Care Centers, CDC. Conclusions) infection in a vaccinated person causes nonspecific symptoms. Vaccinated adolescents and adults may serve as reservoirs for silent infection and become potential transmitters to unprotected infants. Therefore, even young, recently vaccinated children may serve as reservoirs and potential transmitters of infection. The media are blaming healthy, unvaxxed children who have absolutely nothing to do with the massive infections. It’s like the Twilight zone but the general public suck it up because it’s printed in papers, go figure.

NOTE:  Cracks starting to appear in no jab? we can make history here, i know it & good things come from hard work.

THE Turnbull Government is preparing to dump the booster dose of the whooping cough vaccine given to children in the first year of high school as rates of the disease nearly double.

Also it has announced it will ditch the proposed $26 million school vaccination register that would have helped control disease outbreaks.

The removal of the vaccine booster comes even though US and Australian studies show the effectiveness of the new acellular whooping cough vaccines wears off quickly with only three or four out of 10 people fully protected four years after vaccination.

The number of whooping cough cases has almost doubled in the last four years with 14,392 cases recorded in the year to date.

The announcement follows News Corp Australia’s revelation on Sunday that the register would not be ready for the 2017 school year because the tender process had not been finalised.

The School Vaccination Register was announced as a key part of the government’sNo Jab No Play immunisation strategy in the 2015 budget.

While parents of young children are prompted to vaccinate their children by the withholding of childcare payments there is no way of checking the vaccination status of older schoolchildren.

The new register will be vital in controlling infectious disease outbreaks because it will identify areas where vaccine coverage is low allowing health services to target vaccine delivery.

“Further work is required to increase the national childhood vaccination rate so that it is high enough to meet ‘herd immunity’ for most vaccine preventable diseases,” Health Minister Sussan Ley said when she announced the new register in May 2015.

In a statement issued today the Department of Health says “new advice has been received which has caused it to reconsider the need for a specific and expanded Australian Schools Vaccination Register”.

Opposition health spokeswoman Catherine King said the Minister’s own health department said that the register was important to improve vaccination rates – “now they are dumping it only two months before it was due to start”.

“It is appalling that the Government thinks they can get away with quietly scrapping it on a Friday afternoon – parents and the community are owed a clear explanation of how the Government will improve vaccination rates without this important data,” she added.

The school vaccine register has been axed by the Federal Government. Picture: iStockSource:Supplied

The government also revealed in the statement that it is planning to remove the whooping cough booster currently given to teenagers.

The Department says it has asked the Australian Technical Advisory Group on Immunisation (ATAGI) “to provide advice on the clinical place and effectiveness of the pertussis vaccine schedule, including the pertussis booster currently given in the first year of high school”.

A catch up program for the chickenpox vaccine is due to end in 2018 so the only vaccine that would be captured in the register was the cervical cancer vaccine, the government says.

It is considering instead simply extending the current cervical cancer vaccine register.

In the same budget the government provided funding for The Australian Immunisation Register which commenced on 30 September 2016.

This register collects data on all National Immunisation Program and many private vaccines for people of all ages, although not school vaccines.

“If the adolescent pertussis booster is removed from the National Immunisation Program schedule it is possible that the Schools Register will gather data on HPV vaccinations only, which is currently the case,” the Department says.

Australian Medical Association president Dr Michael Gannon said he would be concerned if the changes do anything to reduce the effort to maximise childhood vaccination rates.

“I would hope that any changes to the Year 7 vaccination was evidence based, “ he said.

“There is more and more concern over time about how effective the acellular vaccine is over a period of time, we know it does become worse over time” he said.

At least 166,000 children were recorded as being more than two months overdue for their vaccinations in 2014.

3 thoughts on “Cracks In No Jab? Turnbull government wants to axe a booster vaccine for children”