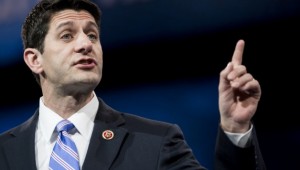 A bunch of pussy faggots from the cuckservative establishment are crying about Trump’s plan to ban Moslems from entering America.

They are literally claiming that not letting in hordes of monkey savages into the country is un-American.  Why?  Because immigration was part of America’s history?

America worked in the past because immigration was limited and it was mostly from other White European nations.  There is nothing American about letting in millions of mud people from the Middle East who have nothing in common with us.

These cucks like Paul Ryan and Dick Cheney are just afraid of being called “racist.”  It is obvious that Trump’s plan makes perfect sense.  If you have Moslems shooting and killing people everywhere in the West, it makes sense not to let this type of person into your country.  It vastly decreases the danger.

The mental gymnastics these people are performing in a pathetic attempt to convince people otherwise is ridiculous.

A growing number of influential Republicans are denouncing Donald Trump’s proposal to block Muslims from entering the U.S., including House Speaker Paul Ryan, former Vice President Dick Cheney and the head of the Republican National Committee.

“I don’t agree,” RNC Chair Reince Priebus told the Washington Examiner about Trump’s proposal. “We need to aggressively take on radical Islamic terrorism but not at the expense of our American values.”

“This is not conservatism,” Ryan said at a news conference with House Republicans Tuesday. “What was proposed yesterday is not what this party stands for and, more importantly, it’s not what this country stands for.”

“His whole notion that somehow we need to say no more Muslims and just ban a whole religion goes against everything we stand for and believe in,” Cheney told radio host Hugh Hewitt.

A spokesman for former President George W. Bush pointed to a number of instances in which Bush talked about the importance of separating the Muslim faith from terrorist acts and the many contributions of Muslim Americans. The spokesman, Freddy Ford, added, “President Bush spoke a lot about this during his presidency, and he won’t be weighing in anew now — or commenting on or giving oxygen to anything of Trump’s bluster.”