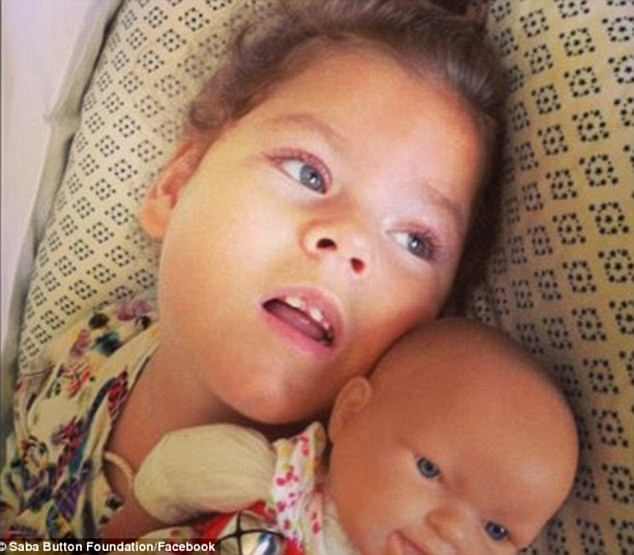 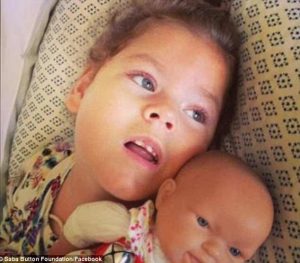 Thousands of Australians are preparing for flu season by receiving their annual jabs, eight years after a vaccine left a toddler severely disabled.

Saba Button was a healthy 11-month-old when a medical blunder plunged her into the fight of her young life just hours after receiving a flu shot.

Her parents Kirsten and Mick were told to say their goodbyes the next day, as she became ‘totally despondent’ and her organs began to shut down.

The girl from Perth survived but suffered a permanent brain injury as a result of prolonged seizures, and remains under constant care today as Australians begin to line up to receive a new round of vaccinations. 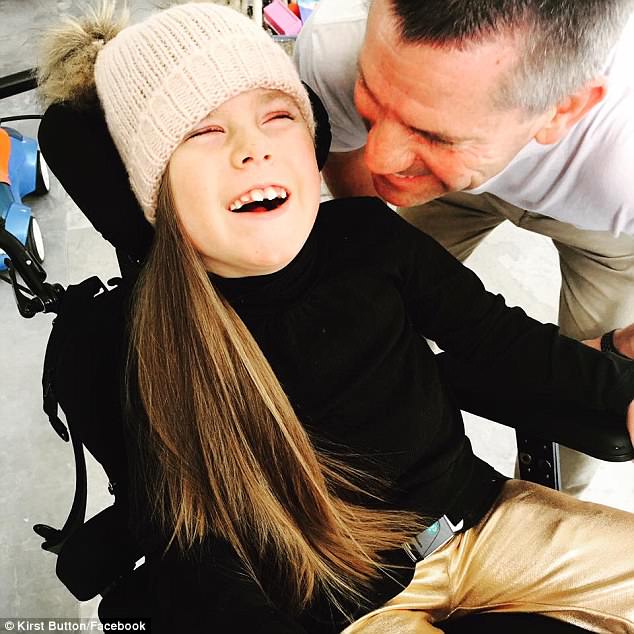 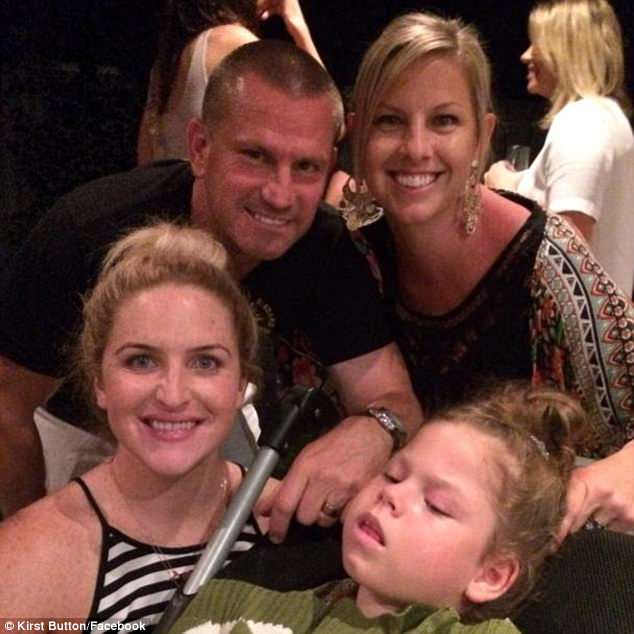 Her parents Kirsten and Mick (right and top left with Saba) were told to say their goodbyes the next day, as she became ‘totally despondent’ and her organs began to shut down

Mother Kristen said her daughter had just begun to walk and talk before taking her for a flu shot on the recommendation of the health department, Nine News reported.

‘We were told all her organs shut down and we were told to come and say goodbye to our little girl,’ Ms Button said at the time.

Saba received the vaccination under a government-promoted scheme in April 2010, when a doctor injected a 0.25ml dose of CSL 2010 Fluvax into her left arm.

Days after she was vaccinated – and dozens of other adverse reactions in children were reported – the Western Australian government suspended its seasonal flu vaccination program.

Saba later received a confidential multi-million dollar payout from pharmaceutical manufacturer CSL Ltd and the state of Western Australia, as a five-year-old in 2014.

Both CSL and the government denied any liability in the matter, before both parties privately reached a settlement that was approved by the federal court.

Four years after the payout, many Australians are preparing for their jabs following a deadly 2017 flu season.

There were 1,100 influenza-associated deaths recorded in 2017, 90 per cent of which were in the elderly.

But despite the worrying figures, levels of flu vaccine skepticism are on the rise, according to a Finder.com.au survey.

The survey took the opinions of more than 2,000 adults and found that half of them are not planning on receiving the jab this year.

The main reason people gave for not receiving the shot is that they believe it makes them sick or that it doesn’t work.

Generation X were found to be the most suspicious of the vaccine, with 18 per cent thinking it doesn’t work, while only 10 per cent of younger people subscribe to this view.