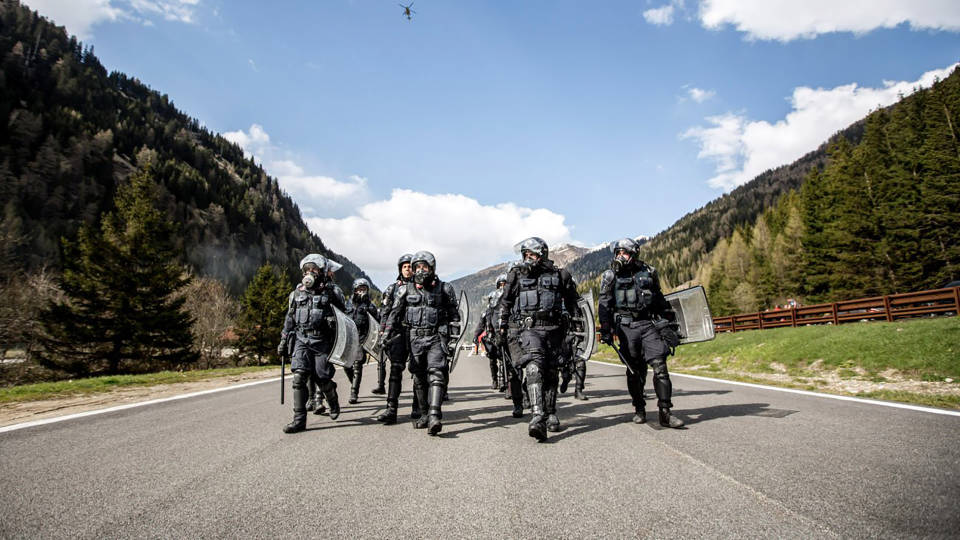 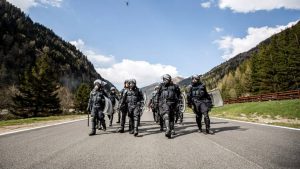 Austria has warned it will send soldiers to close the border with Italy in 24 hours if Rome decides to take the “nuclear option” and grant visas to almost 100,000 migrants stranded in the Mediterranean country.

Desperate Italian officials have said they are considering allowing thousands of migrants out of the country and into the rest of Europe, as they struggle to cope with the 10,000 people arriving every day.

Austria, which shares a border with Italy via Brenner, an Alpine mountain pass, has reacted to the proposals with fury, saying it would immediately introduce border controls in the region.

Yesterday during a border visit, Austria’s Interior Minister Wolfgang Sobotka said: “Italy granting humanitarian visas to migrants is unacceptable. In that case, we would immediately introduce controls in Brenner.

“Humanitarian visas are a European issue, not Italian.”

Today he elaborated further on his government’s possible response, in an interview with German newspaper Bild.

He said: “If the number of illegal migrants towards Austria keeps rising we will close the border in Brenner.

“Within 24 hours we can close the border and carry out strict controls with our soldiers”.

Italy has long complained it is being left alone to cope with the brunt of the refugee crisis with high numbers of migrants arriving on Italian shores, as the country marks an entry point to the EU on one of the most popular routes for people arriving from Libya.

Deputy Foreign Minister Mario Giro said Italy is considering issuing 200,000 temporary migrant visas, allowing them to travel throughout the EU in a bid to force other countries to take note of the problem.

Mr Sobotka said he wanted to “close the Mediterranean route” taken by thousands of refugees each day and added that “co-operation between the so-called rescuers and the trafficking mafia has to end”.

The crisis has revealed deep divisions within the EU, with Italy demanding Vienna “lower the tone” regarding threatening to send in the army.

Mr Giro told Il Manifesto: “We are in a tug of war.

“We don’t accept being turned into a European hotspot, or feeling guilty because we rescue people, so deciding what to do with the migrants who arrive is everyone’s responsibility.”