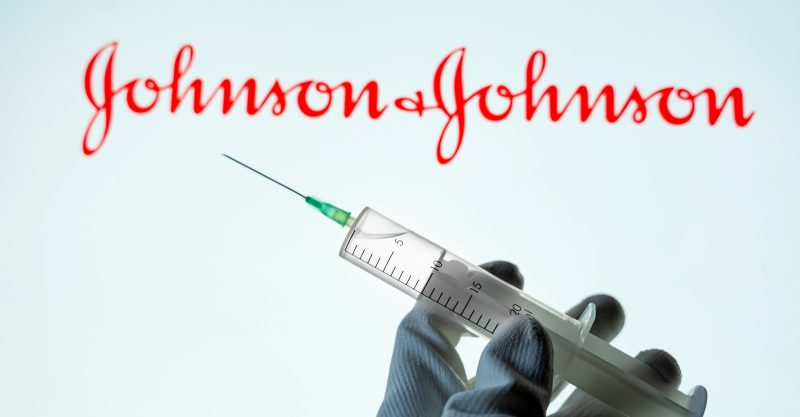 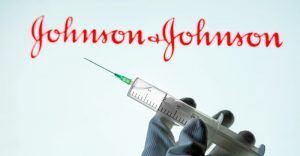 The U.S. Food and Drug Administration will announce a new warning on Johnson & Johnson’s COVID vaccine saying the shot is linked to Guillain–Barré syndrome. In April, the agency added a warning about blood clotting disorders to the J&J shot.

The U.S. Food and Drug Administration (FDA) is will announce a new warning on Johnson & Johnson’s (J&J) COVID vaccine saying the shot has been linked to Guillain–Barré syndrome (GBS), a “serious but rare” autoimmune disorder. The Washington Post attributed the news to “four individuals familiar with the situation.”

According to The New York Times, the chances of developing GBS after receiving the J&J shot is three to five times higher than would be expected in the general population in the U.S.

About 100 preliminary reports in the U.S. of GBS have been detected after receiving J&J’s vaccine, the Centers for Disease Control and Prevention (CDC) said in a statement to CNN today. Most cases were reported about two weeks after vaccination, mostly in men 50 and older.

The CDC’s Advisory Committee on Immunization Practices (ACIP) is expected to discuss the GBS cases during an upcoming meeting, the CDC said.

GBS is a rare neurological disorder in which the body’s immune system mistakenly attacks part of its peripheral nervous system — the network of nerves located outside of the brain and spinal cord — and can range from a very mild case with brief weakness to paralysis, leaving the person unable to breathe independently.

While the cause of GBS is not fully known, it often follows infection with a virus and has been linked to other vaccines.

The FDA has concluded the benefits of the vaccine outweigh any danger, but will include the proviso in fact sheets about the drug for providers and patients.

“It’s not surprising to find these types of adverse events associated with vaccination,” said Dr. Luciana Borio, former acting chief scientist at the FDA. The data collected so far by the FDA, Borio said, suggest the vaccine’s benefits “continue to vastly outweigh the risks.”

Reports of GBS are rare, the CDC said, “but do likely indicate a small possible risk of this side effect following” the J&J vaccine.

Federal officials identified the 100 suspected cases of GBS among recipients of the J&J shot through the CDC’s Vaccine Adverse Events Reporting System (VAERS) — a federal monitoring system that relies on patients and health care providers to report adverse effects of vaccines.

No link has been found between GBS and mRNA COVID vaccines developed by Pfizer-BioNTech or Moderna despite reports in VAERS.

The VAERS database indicates onset of GBS symptoms after the J&J vaccine within about three weeks of vaccination, The New York Times reported. One recipient, a 57-year-old man from Delaware who had suffered both a heart attack and a stroke within the last four years, died in early April after he was vaccinated and developed GBS.

As The Defender reported July 8, a third grade teacher developed GBS three weeks after receiving J&J’s COVID vaccine. Stacie [last name unknown] went to the emergency room several times after getting the shot because she was experiencing numbness of the lower extremities, but was sent home when tests were inconclusive.

The numbness continued to progress and Stacie eventually lost her ability to stand and walk. She was then hospitalized and diagnosed with GBS.

Gary Spaulding was an active landscaper who experienced a severe headache after receiving J&J’s COVID vaccine, causing him to go to the emergency room. Doctors immediately diagnosed Spaulding with Lyme Disease. Treatment was started, but numbness and tingling in his extremities progressed. After doctors initiated tests to determine the cause of the escalating series of symptoms, Spaulding was diagnosed with GBS.

Doctors believe Spaulding’s immune system, which was fighting Lyme Disease, was overstimulated by the COVID vaccine causing it to attack the myelin — the protective insulation that surrounds nerves, including those in the brain and spinal cord.

Treatment was immediate and successful in arresting the progression of the disease, but not before Spaulding was almost completely paralyzed.

In April, The Defender reported on a Texas teenager diagnosed with GBS a few weeks after his first dose of the COVID-19 vaccine. The teen said he believed the vaccine was to blame, according to a local Houston news channel KPRC2 report.

“I wanted to get the vaccine,” said Wyatt McGlaun, a high school senior from The Woodlands. “I felt it was the right thing to do. I wanted to travel and enjoy my last summer before college.”

A few weeks after receiving the vaccine, McGlaun became weak and had difficulty walking. He was admitted to CHI St. Luke’s Health where he was diagnosed with GBS. News reports did not disclose which vaccine the teen received.

This is the second time J&J’s COVID vaccine has been linked to a severe adverse reaction. On April 13, federal officials temporarily paused the J&J shot after confirming health officials were investigating six cases of blood clots in the U.S.

During the April 23 meeting, the ACIP said it had found 15 women diagnosed with rare blood clots, including three who died. Only two of the women were older than 50, with the risk highest in women ages 30 to 39.

The CDC advisory safety committee said the link between blood clots and J&J’s COVID vaccine was “plausible,” but concluded the vaccine’s benefits still outweigh the risks and recommended the vaccine for persons 18 years of age and older in the U.S. under the FDA’s Emergency Use Authorization (EUA).

On April 26, the FDA amended it’s EUA for the J&J vaccine to reflect the risk of rare blood clots and said vaccinations could resume immediately.