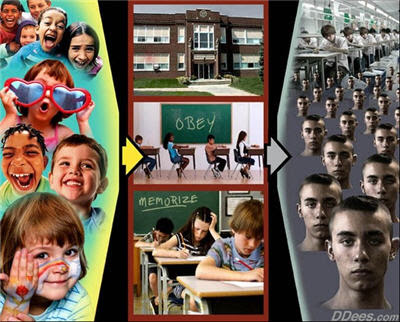 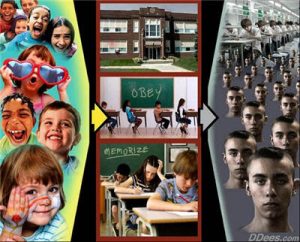 “Elizabeth Bartholet, the director of Harvard Law’s Child Advocacy Program, described the ‘homeschooling phenomenon’ as a ‘threat’ to society, claiming that conservative parents ‘homeschool because they want to isolate their children from ideas and values central to our democracy’, ‘promote racial segregation and female subservience’, and ‘question science’.”

“Her paper called for a ‘presumptive ban on homeschooling, with the burden on parents to demonstrate justification for permission to homeschool.’ These views are not fringe.”

Of course, this elite Harvard titan, Bartholet, knows which ideas and values are central to our democracy; and the place to drill them into children’s heads is public school.

Which pretty much sums up what public schools are for.

She also has a complete grasp of science in all fields, and she can identify disruptive questions which would lead unsuspecting people down the wrong track.

Appoint her the head of Something Big immediately.

Like all of her super-educated colleagues, she manages to forget that the United States is a Republic, not a democracy. But a democracy is what she needs, because under that system the well-oiled systems of money determine which voices are heard and which are silenced.

The voices that are heard are called “the will of The People.” So says the press, which is basically a PR and marketing operation on behalf of Money. As a cover, the press pretends to be an advocate for the poor and the underserved.

Elizabeth Bartholet should be pumping gas and collecting tumbleweed at a station in Death Valley, where she can talk to herself and right all the wrongs of society.

It’s always this way with elites; they know what we need because we can’t know it. They labor to supply us with their values because ours are worthless.

Their bottom line, when it comes to education? Children don’t belong to their parents. They belong to the State. So you see, their territory of operation is far wider than schools. They’re werewolves, and parents are silver bullets.

In 2020, Bartholet was a co-organizer of a Harvard summit on homeschooling, along with law professor James Dwyer. The announcement for this summit included the following profile of Dwyer. Buckle up:

“James Dwyer, a law professor at the College of William and Mary. He is the professor famous for claiming that ‘The reason parent-child relationships exist is because the State confers legal parenthood …’ In his 1994 law review article ‘Parents’ Religion and Children’s Welfare: Debunking the Doctrine of Parents’ Rights’ (82 Calif. L. Rev. 1371), Dwyer argued that ‘the claim that parents should have child-rearing rights—rather than simply being permitted to perform parental duties and to make certain decisions on a child’s behalf in accordance with the child’s rights—is inconsistent with principles deeply embedded in our law and morality’.”

Isn’t this what you’ve always wanted? Permission from the State to perform certain limited parental duties?

Dwyer’s deep understanding of the Constitution is evident here. He realizes that, contrary to popular belief, the founding document never intended to limit and constrain central government and guarantee wide freedom to the individual.

No. Instead, it embedded government EVERYWHERE, especially within the family. Parents, the Founders reasoned, were no better than British Kings. They had to be hamstrung and placed in homes as carefully watched and monitored agents of the State, to carry out instructions on how to raise children.

Aha. Yes. Of course. How could we have missed that?

And it’s only fitting that we should receive such wisdom from Harvard, where posing as guardians of the disenfranchised while sitting on a pile of endowment money that reaches to the moon has been raised to an art form.

At Harvard, the elites play in the fields of the Lord and stoop to offer us mandates about the basics of life itself.

Mother? Father? Son? Daughter? These are grave misnomers which arose owing to parental ignorance and overreach.

A vast course correction is needed, and our rulers will define the law and guide the way.

Bow the head, bend the knee, and give thanks.

Or you could build a moat around your home and fill it with crocodiles. While you home school your children.

You know, mothers—the children YOU GAVE BIRTH TO.

Unless you believe sex, conception, pregnancy, and birth are mere footnotes of State law.