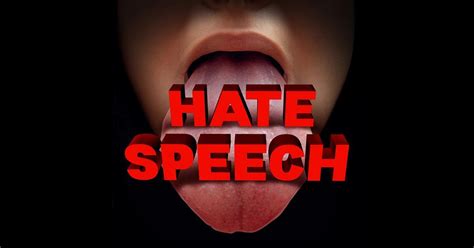 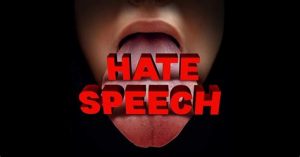 Now that World Wide Web founder Tim Berners-Lee has announced a new “Contract for the Web” that he says will serve as “a road map to build a better web,” many are asking themselves: What’s to become of online free speech as we enter the year 2020?

Even though Berners-Lee insists that his Contract for the Web is about upholding “digital rights,” the tech giants that are onboard with it, including Google and Facebook, are doing the exact opposite by restricting the First Amendment rights of people online, and even calling free speech “disastrous.”

How, then, is Big Tech now claiming to support Berners-Lee’s vision of fostering a “healthy conversation online?” The answer is simple: “Digital rights” and “free speech” only apply to certain subjects, topics, and perspectives, while all others are off-limits.

As long as you’re in agreement with Google and Facebook about vaccines being “safe and effective,” as one example, then you’re free to post as much “free speech” on their platforms as you’d like. But if you point out the fact that vaccines contain the entire gene sequences of aborted human babies, then you suddenly no longer have any free speech.

The same applies to the Cult of LGBTQ. If you express any opposition on Facebook to Drag Queen Story Hour events and the transgender indoctrination of children, then your “free speech” suddenly becomes hate speech, meaning it’s no longer allowed and could even cost you your career.

“I have the right to write whatever I want. And it’s equaled by another right just as powerful: the right not to read it. Freedom of speech includes the freedom to offend people.” — Brad Thor, bestselling author of nineteen thrillers

Just like communist China with its “social credit score” scheme, American tech giants like Google, Facebook, Twitter, and many others are actively surveilling the content that’s shared through their platforms in order to assign users varying degrees of “free speech rights” depending on their viewpoints.

If you’re someone whose perspectives closely align with those of the deep state, then you’re given free-reign to post and share whatever you’d like. But if you even dare to mention the word “geoengineering” on your page or profile, then you could be tagged as a “conspiracy theorist” whose content needs to be shadow-banned or otherwise censored for “wrongspeak.”

Pointing out that genetically modified organisms (GMOs) are largely untested and completely unnecessary is another punishable offense on social media, as is drawing attention to the fact that pharmaceuticals are dangerous and often inferior to their natural, unpatented counterparts.

Unless you’re someone who believes that all vaccines are safe and effective; that fluoride in drinking water is good for the human body; that GMOs are awesome and the solution to “climate change;” that some men have periods and some women have penises; and that Hillary Clinton should have been president and Donald Trump should be impeached, then you won’t be afforded the same “free speech” rights as those who believe all of these things to be undeniable facts.

This is exactly what I debate in my recent article, “Are We Allowed to Talk About Anything of Importance, Anymore?“.

Hollywood actor Rob Schneider got it right when he tweeted that true free speech includes all free speech – “[e]ven the speech that you find repugnant,” he wrote unequivocally.

“We don’t need people deciding FOR us what to think, see or hear. That’s a load of totalitarian crap,” he further wrote, emphasizing precisely what our Founding Fathers would be saying were they alive today.