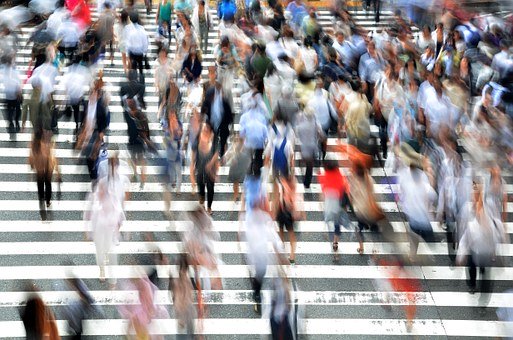 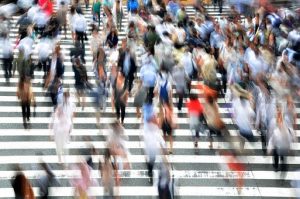 We are now told it’s selfish and greedy to promote freedom for the individual. It’s old-fashioned. It’s passe. It’s dangerous. It’s nothing more than a ruse floated by the rich to hold down the poor.

Forget about the fact that the next Einstein or Tesla, growing up in what has become a collectivist society, could be slammed with Ritalin, Prozac, and even heavier drugs—because they’re “abnormal.”

Some day, when America has been forgotten, an anthropologist will write a celebrated history of this country, and it’ll be all about cultural trends and group customs, and no one will even remember there was such an idea as The Individual.

By that time, the population of what was once the United States will live in a theocracy dedicated to Mother Earth, and every day for half an hour, the people will kneel and pray, together, from coast to coast, for mercy from this Mother.

And the people will be happy doing it—such as they understand happiness. They will glorify The Group. They will live under the great dome of the Flying Drones and they will rejoice in their solidarity.

They will willingly submit to all forms of surveillance, because it is in the interest of the Whole, the collective, the mass. After all, who would depart from the rules and sentiments of The Group? Only the outcasts. Only those bitter clingers who still believe they are unique individuals and have desires and power. Who needs them? Who wants them? They’re primitive throwbacks. They’re sick and they need treatment.

Be grateful you’re living in the time of the great transition. If you look, you can see the changes taking place right in front of your own eyes. You can see The Individual fading out as a concept. You can see its replacement—the group and its needs—coming on strong. You can know where we’re heading.

Of course, they won’t believe you. They won’t be able to fathom what in the world you’re talking about. But that doesn’t matter. They’ll listen in rapt wonder, just as we now admiringly contemplate tales of strange creatures and mountain gods of the ancient Greeks.

It’ll be fun to look back on our time.

Don’t worry. It doesn’t matter. History is merely an anthropological catalog of trends, a series of customs. We pass from one epoch to another. What was true and important in one time becomes meaningless later.

Just “come together for the great healing.” That’s all you need to think about now. It’ll all work out. And if it doesn’t, you won’t remember the failure anyway.

Coda: What’s that? I can’t hear you. Speak a little louder. Oh…I see. You’re saying we the people are getting ripped off by our leaders and their secret controllers. Yes. Well, sure, that’s true.

And yes…if we all came together perhaps we could throw off these controllers and assert our independence once again. Yes.

But then I ask you this:

After we’ve won the great battle, what do we do next? Do we parade around, from town to town, from city to city, a hundred million of us, a great caravan, extolling our group victory? Is that what we do for the rest of eternity?

Or did we fight and win the great battle for another reason?

Did we perhaps fight and win so we could reestablish the individual as the basis and the object of freedom?

Wasn’t that really the reason we were in this fight?

Or are you already too humble and progressive and submissive and enlightened to think so?

If you’re going to fight and fight to win, it helps to know why you’re in the battle, why you’re really in it.