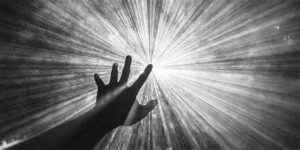 On this podcast i am joined by author, researcher and radio host Barry Eaton.

We chat about modern media, Barry’s experiences within this system and the sad state of play that we are currently experiencing.

We also cover Barry’s incredible knowledge and books on the afterlife  while digging a little deeper into our everyday experiences.

Barry will be joining me again soon to continue into the next part of this podcast where we will dig deeper into his incredible books which you can find below in the link description.

Check out the link below to listen to Radio Out There

Barry has wide international experience in all areas of the media and entertainment industries. He is a highly experienced radio and TV presenter, having spent many years with the Australian Broadcasting Corporation and various commercial radio and TV stations. His profile embraces news and sports anchoring, lifestyle shows, current affairs, talk back radio and in what feels like an earlier incarnation, was even a DJ.

As a writer he has scripted and narrated many documentary films and corporate presentations and written numerous feature stories and columns for magazines and newspapers on everything from astrology to theatre and travel.

His first book ‘Afterlife – Uncovering the Secrets of Life After Death’, tracing the journey of the spirit in between incarnations, was published in 2011 by Allen and Unwin in Australia and New Zealand and now published in the US by Tarcher, an imprint of Penguin Books. It is now released in Hungary, The Czech Republic and Slovakia in the language of each country.”Afterlife”is now an international best seller.

“No Goodbyes” is the follow-on from Afterlife and was released in Australia and New Zealand by Allen & Unwin in March 2014 and in North America by Tarcher an imprint of Penguin Books in 2015. His third book, “The Joy of Living, Postponing the Afterlife” was co-written with his partner Anne Morjanoff and tells how he healed from cancer by combining holistic and mainstream medical practices.

Barry is a qualified astrologer, psychic and medium and in 2012 did what he terms a postgraduate course in mediumship at the world famous Arthur Findlay College in the UK. In 2012 he was given the 2012 Hall of Fame Award by the Australian Psychics Association and made a life member..

In his entertainment career he co-hosted the spectacular ANZAC Military Tattoo at Sydney’s Superdome in 2006 and then hosted The Tattoo Spectacular in Perth in 2007.  Barry originally trained as an actor and returned to the stage in Agatha Christie’s play “The Hollow” in Sydney in 2006. He has also appeared in a number of films and TV shows.In 2011 he reached a new point in his acting career, being cast as a talking tree – fully expecting the critics to describe his performance as ‘wooden’!

Head of the Faculty of Journalism at Macleay College in Sydney, Barry lectured in radio journalism and production from 1995-99. He has also has wide corporate experience, running his own company, which  embraced  media consulting, video and audio production and special event marketing and publicity.

Barry specializes in lifestyle and other related features and has been published in many leading newspapers and magazines all over Australia. He was a columnist for the Sun Herald newspaper in Sydney as well as a contributor to various magazines.

He is also available as a voice over artist/actor and has narrated a series of wildlife documentaries which are often seen on cable TV. Visitors to the Australian War Memorial in Canberra will hear him narrating the video presentations in the Korea and Vietnam Gallery. Barry’s voice is also heard guiding motorists on a GPS navigation system for certain vehicles such as Jaguars, Land Rovers etc.

His live talks and presentations are always well received and Barry has given two major presentations at the Nexus Conference in 2011 and 2014. He is also a speaker and the MC for the Australian Afterlife Explorers Conferences – in Sydney 2015, Melbourne 2016 and Byron Bay in 2017. In 2018 he is MC’ing the Secret History of Australia Conference in Brisbane, organised by Nexus Magazine. In 2018 he MC’d the Nexus Conference “The Secret History of Australia” in Brisbane. Barry has recently rejoined Australia’s leading speaker’s bureau, Celebrity Speakers as a corporate MC and speaker.

Barry is also well known in the US through a series of radio and TV interviews, including three major appearances on the iconic “Coast to Coast” program and of course RadioOutThere.

His third book, which he wrote with his partner Anne Morjanoff, was released in Australia and New Zealand in April 2017. The Joy of Living – Postponing the Afterlife tells of his battle with cancer and how he survived the ordeal with a combination of various holistic practices and therapies along with mainstream medicine. Anne  provides the other half of the story, proving how the love and support of a partner is so vital to the whole experience. The Joy of Living is published by Rockpool Publishing and was released in the US and UK in 2017.

Barry’s next book, Past Lives Unveiled is due for release in Australia in April 2019, and in North America in May.  The third part of the Afterlife trilogy, it breaks exciting new ground in the area of past life research, and features case studies of Dr. Michael Newton never before published in book form.

Barry Eaton has had several interviews on US TV for his second book “No Goodbyes”. A noteworthy appearance was with Sher Safran on the Share Wisdom Network on 22nd September 2016. Here’s the link…https://sharewisdom.tv/episode/sept-22-1pm-pdt-afterlife-barry-eaton/

He also appeared on many US radio programs, including the iconic “Coast to Coast”.

Interviews and further details about the book on www.barryeatonnogoodbyes.com

**** Barry Eaton is available for bookings as a guest speaker,MC, voice over artist and also for astrology and psychic/intuitive consultations either face to face or by telephone. He also conducts past life regressions and workshops with small groups and/or individual sittings in Sydney, Australia.

Please email him directly at RadioOutThere@Gmail for further details……

https://crazzfiles.com/wp-content/uploads/2021/04/afterlife-barry-cut.mp3Podcast: Play in new window | DownloadSubscribe: Apple Podcasts | Android | Email | RSS Jason Woodforth plugs in with me 24/05/22 to cover all the latest news and events from Australia and around the world.  Jason Woodforth jumped on with me today to quickly take a look at the unbelievable elections in OZ we[…]