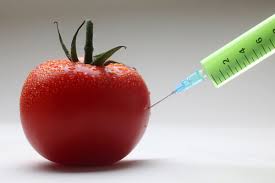 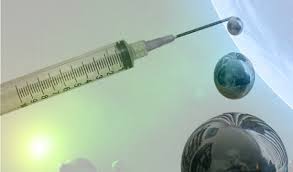 Thanks to researcher Mary Baker for showing me an explosive patent application and its implications.

Before getting to the details, the overview is this: a technology exists to embed tiny invisible particles in food products, and these particles can deliver nutrients and drugs and vaccines. Apparently, the technology has existed for at least 10 years. Yet, as Baker states, when have you seen a food label that mentions such particles?

Are we to assume the technology hasn’t yet been applied? Is it operating at a stealth level? I’ll try to answer these questions in a minute. But first:

US Patent application ‘US20080044481 A1’. “Microparticles for oral delivery.” May 27, 2005. The inventor and assignee is listed as Mordechai Harel, who was associated with Advanced BioNutrition Corporation of Columbia, Maryland. Here are a group of quotes from the patent application. The statements leave no doubt about the wide, wide application of the technology.

“The particles described herein can be used to deliver bioactive agents (e.g., nutrients, drugs, vaccines, antibodies, and the like), bacteria (e.g., probiotic bacteria), smaller particles, or substantially any other material to the animal.”

“The particles described herein can be prepared and used as free-flowing dry powders, slurries, suspensions, and the like, and are useful for delivering to an animal a drug, a pesticide, a nutrient, a vaccine, a smaller particle, or substantially any other composition that can be contained in the particles. The particles are thus suitable for use in human food products, animal feeds (e.g., pet foods and farmed animal diets), therapeutic compositions (e.g., drugs), prophylactic compositions (e.g., vaccines, antibiotics, and probiotic bacterial preparations), and pest control products among other products.”

“A ‘particle’ is a discrete piece of a (homogeneous or heterogeneous) material having a maximum dimension not greater than 5000 micrometers.”

I’d say that’s a wide range of application, wouldn’t you?

Did you notice, among the blizzard of compounds deliverable through invisible microparticles, the drug called zidovudine? That’s AZT, a chemo medicine used to treat AIDS patients. To say AZT is toxic would be a vast understatement. It destroys the ability of cells to replicate. And back in 2005, it was mentioned as a drug that can be delivered in food.

So is this technology being applied? Do we, in fact, have these microparticles and their bioactive components in our food?

Let’s go back to the 2005 patent application. As I mentioned, the inventor, Mordechai Harel, was associated with a company, Advanced BioNutrition Corporation. On the company’s website, we find a link to a scientific paper co-authored by Roger Drewes, who became the company’s chief science officer in 2010 (“A novel targeted delivery technology for protecting sensitive bioactive compounds…”). This is an interesting paper. Here is some of the language in the paper. Does any of it remind you of quotes from the 2005 patent application? The paper mentions a novel and proprietary “delivery technology,” MicroMax, which “protect[s] sensitive bioactive compounds through food manufacturing processes.” Also mentioned: a “formulation containing natural polymers surrounding the probiotic bacteria or other biologically active materials…” The probiotic bacteria “remain quiescent while retaining their activity for a long period of time under challenging…gastric conditions…[MicroMax was tested using] bacteria, essential oils, vitamins, enzymes, pigments, and even vaccines in a variety of food and feed products…and the microparticles were sieved to deliver the desired particle range…” [emphasis added]

I think we’re looking at the same technology in the 2005 patent application and in Advanced BioNutrition Corp’s MicroMax methods—or two technologies that closely resemble each other—in which case, yes, invisible microparticles in food are much more than a proposed system. This is a working system, available now. It can deliver a stunning array of chemicals and bioactive substances to people in their food. (Note: I have no idea what Advanced BioNutrition Corp is or isn’t delivering to its customers—but I think the company should make these facts known.)

Who knows what other companies have, and are using, this technology?

Are we looking at zero informed consent to be treated, in food, with medicines and vaccines? Zero knowledge on the part of the public? Zero accountability? Nothing on the food labels?

If this is happening to the population now, the word “stealth” only begins to describe it.