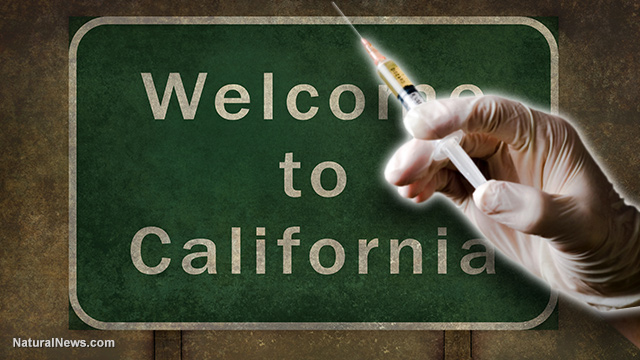 (Natural News) The great state of California is facing another serious threat to health freedom from vaccine pimp Senator Richard Pan, who is right now pushing a new piece of legislation he claims to have authored, that has the potential to make vaccines a mandatory medical procedure for all children in the Golden State — this time with noexceptions or opt-out protections whatsoever.

A recent “Action Alert” issued by the Alliance for Natural Health, USA (ANH-USA) warns that Sen. Pan’s so-called “Children’s Bill of Rights” is anything but what it’s name implies. When taken to its logical end, it has the power to force all parents in California to vaccinate their children based on the premise that, if they do not, they are somehow depriving their children of their state-ordained rights to medical care.

The egregious bill, which Sen. Pan introduced back in December, has all the outward appearances of being a move in the interest of children’s health. It claims to provision that all children will have access to quality healthcare, childcare, and education because of it, at the same time declaring that these benefits are inherent rights that should be afforded to every single child throughout the state. (RELATED: Follow more news about vaccine mandates at Vaccines.news)

But upon closer analysis, the legislation is actually a Trojan Horse bill that deceptively withdraws parental rights from the healthcare equation, allowing the state to decide the healthcare needs of children. If the state should decide, for instance, that vaccines are 100 percent safe and effective, then it suffices that the state could then declare that any child who is unvaccinated is being deprived of his or her rights to healthcare.

“If a child has a right to basic medical care, this could very well be interpreted to include vaccinations,” warns ANH-USA about Sen. Pan’s legislation. “If the parents of a home-schooled child decide to delay vaccination, or to skip certain shots, the state could argue that the parents are withholding necessary medical treatment and force vaccination on the child.”

As to what the state could then do in response to parents who refuse the mandate, ANH-USA adds that such an “offense” could be interpreted by the courts as being “grounds for removing the child from the custody of the parents — and turning him or her over to the state.”

Senator Pan is a vaccine tyrant who must be stopped

These are frightening prospects, but they represent the mindset of medical tyrants like Sen. Richard Pan, who Natural News earlier exposed as being little more than a Big Phama hack who routinely accepts cash bribes from the vaccine industry. This evil sellout has proven that he will stop at nothing to see all children vaccinated, even against the will of their parents.

While Sen. Pan’s commitment to imposing a vaccine dictatorship has thus far moved forward with few hiccups, this latest stunt could become his undoing. Not only is it a threat to California parents who do not want to vaccinate their children, but it is also a threat to the rest of the country, which often follows in the footsteps of California when it comes to making policy.

“The zeal of Sen. Pan to impose a vaccine regime on unwilling Californians must be checked,” says ANH-USA, calling on all of its members to take up the fight against vaccine tyranny while we still have the freedom to do so without penalty.

“It is shameful (and ironic) to use a ‘Children’s Bill of Rights’ as a vehicle to stamp out the last remaining rights of parents to refuse vaccination for their children. What else will the California government determine is best for children, whether parents agree or not? This is an incredibly slippery slope.” 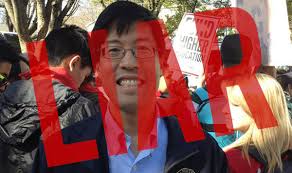 (NaturalNews) A California state senator and pediatrician who is lending his support for a new bill that would take away a parent’s right to refuse to have their children vaccinated for any reason is backed, in part, by Big Pharma.
Sen. Richard Pan, a Democrat, helped steer the legislation he co-authored through the Senate’s health committee on a vote of 6-2. The measure, if passed, would remove all parental objections to vaccinations for their school-aged children.”I’ve personally witnessed the suffering caused by vaccine-preventable diseases, and all children deserve to be safe at school,” Pan said, as reported by Reuters.

“The personal belief exemption is now putting other school children and people in our community in danger.”

But is Pan’s “concern” his own? Or are other (monetary) interests at stake? Who can be sure, given his ties to Big Pharma? As reported earlier by TruthStream Media:

Predictably, but unfortunately, California’s bill to force vaccinations despite religious and philosophical beliefs — ostensibly guaranteed by the 1st Amendment — has been introduced by a pediatrician and state senator with ties to the vaccine industry.

Dr. Pan was among more than two dozen California lawmakers who received campaign donations on record from Merck in the 2010 election cycle, ahead of supporting a 2011 law allowing girls as young as 12 years old to receive Gardasil vaccinations for HPV (manufactured by Merck) without parental consent.

Pan was a member of the state Assembly during the 2010 cycle; as documented byHealth Impact News, he reportedly received $1,000 in campaign contributions from Merck.

According to ElectionTrack.com, which tracks campaign contributions, Pan has also received money from Genentech, a company that develops drugs “to address significant unmet medical needs” ($1,500); Tenet Healthcare, a Dallas-based corporation providing “leading healthcare services” around the country such as vaccinations ($4,100); Gilead Sciences, a “research-based biopharmaceutical company” ($1,500); mega-health care corporation Johnson & Johnson ($4,100); BioMarin Pharmaceuticals, which “develops and commercializes innovative biopharmaceuticals for serious diseases and medical conditions” ($1,000); Eli Lilly, a global Big Pharma corporation which developed a number of vaccines including the SARS vaccine and which won protection from autism lawsuitsshortly after the turn of the century ($4,100); biopharmaceutical firm AmGen ($1,000); McKesson Corporation, a pharmaceutical distributor ($1,000); drugstore chain Rite Aid ($1,000); and others.

As to who will be forced to pay for the added vaccinations, if parents are unable, it appears that, according to Health Impact News, the burden will be shifted to Californiataxpayers.

“The bill says parents are not financially viable, so taxpayers will have to pay for it,” Paulo Sibaja, director of legislation at the Capitol Resource Institute, told the health news site. “We’re still trying to calculate the cost. But the cost will be 50 percent from the state, 50 percent from the federal government.”

He added that the legislation raises additional issues, such as “who will be legally liable for medical liability, the state or the parents.”

“The bill undermines the parents, who are totally out of the decision affecting their child,” he said.

Bill still has a ways to go

As for Pan’s anti-parental rights legislation, the bill is being proposed after 150 people in several states were diagnosed with measles in recent months; 126 were from California (the “outbreak” began at Disneyland, according to reports).

It has been called an “emergency,” an “epidemic,” a “crisis” — but all told, the number of people affected was infinitesimal given the population of California alone (nearly 39 million).

Reuters noted that the measure has a long way to go before it becomes law:

The proposal, which must clear several other legislative hurdles before a possible Senate floor vote, prompted roughly four hours of heated discussion that saw several people removed for shouting down lawmakers….

Clearly, there are a number of California parents who are not ready to let their state government make this decision for them.

2 thoughts on “Is FORCED vaccination on the horizon in the medical police state known as California?”