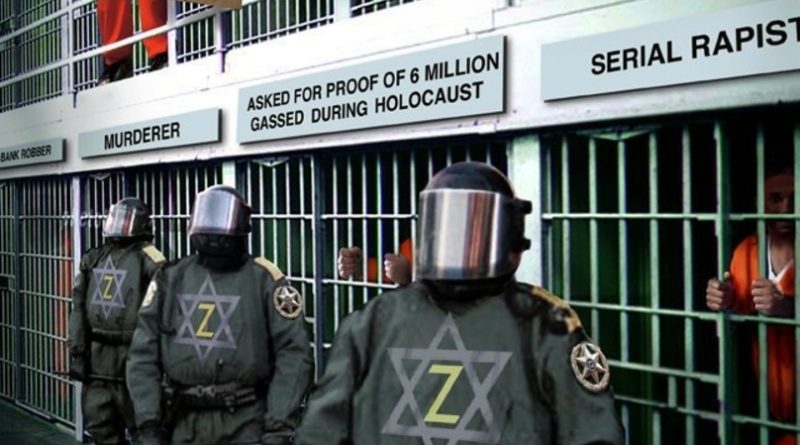 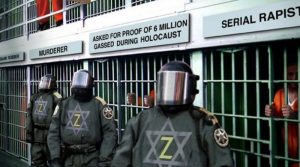 Jews opened the borders of our countries. They are using their media control to incie anti-White hatred and promote racial mixing. They are demonizing or arresting anyone who resists.

Not only are they targeting former White colonial enterprises, like in North America and Australia, where they lay on a guilt trip for what Whites supposedly did to the “indigenous,” they are also seeking to eradicate White people from our ancient homelands, where White people are the indigenous. Justifications for why Whites deserve to be turned into an oppressed minority (and eventually swept into the dustbin of history) vary slightly from country to country, but the common reason for why we cannot object to jews genociding our people is that they suffered so greatly in “the Holocaust.” When Whites display any signs of self-preservation, it reminds jews of the Nazis and they start kvetching about another Shoah coming.

Without the smokescreen of the Holocaust, jews would be seen for what they are – a hostile, predatory elite that is perched atop the carcasses of our formerly White countries, feasting on the carrion. 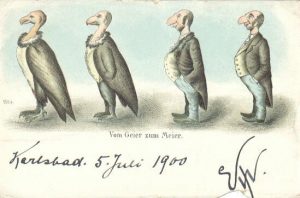 Their fake Holocaust allows for jews to play the eternally persecuted victim while preying on the innocent. They wage psychological warfare on the young, naive children in public school with mandatory Holocaust indoctrination, making everyone feel guilty for what “we allowed to happened” to the jews in WW2. If one ever questions the official narrative, challenges the validity of jewish power, or uses supposed “anti-semitic” tropes or canards, then that person is labeled a Nazi, and the jewish media has made it clear that committing felony assault against that person is the only acceptable means of dealing with such a hater. Oh yeah, and that person also needs to be fired, publicly shamed, sent death threats, and if they are in most countries in Europe, also thrown into prison.

The obviously fraudulent Holocaust allows for all of this to take place. Yet many supposed “White nationalist” leaders refuse to even touch the subject. Just ask David Duke, Richard Spencer, Kevin MacDonald, Jared Taylor, etc. to discuss the subject, and you will watch them squirm and try to weasel their way out without looking like too much of a shill. Then there are the obvious provocateurs on the other side, often dressing up as “Neo Nazis,” who pretend like the Holocaust was real, and that Hitler’s main problem was that he didn’t gas more jews. Then there are the “revisionists,” like Mark Weber, David Cole, Eric Hunt and David Irving who have questioned the overall Holocaust narrative, but now insist that limited gassing did indeed take place, even though there is no good evidence to support this claim. Regardless, the controlled opposition agents need to maintain the validity of WWII atrocity propaganda in the minds of the masses and get us to shut our mouths about it.

75 years after the end of the war and they continue to make up new lies about what took place; this is how important the Shoah show is to them. Some people will argue that even though we “may” have some valid points, the Holocaust was in the past, and we should not waste any time trying to expose it, when we have much more pressing matters to attend to today (like ensuring Sheldon Adelson’s GOP wins in America). They are obviously wrong. Look at how many times a day the enemy’s media references the Holocaust and uses it as a way to wage their war on Whites. This issue is as relevant now as it ever has been, and it is our duty to tell the truth, the whole truth, and nothing but the truth.

If White people are to survive, and we must, then the Holocaust needs to be exposed as the load of rubbish that it is. All of the innocent people thrown into prison for questioning the 6 million number need serious restitution, though the years of life that have been stolen from them can never be returned. They can certainly be compensated with the massive amount of money that has been spent on Holocaust “reparations.” This money needs to be returned.

Once the world fully realizes the con that has been played on everyone, the many other lies that jewish supremacists continue to spew will lose their power, and the masses will turn on them. We need to expose the Holocaust for good.