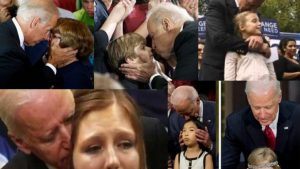 He suggested that he would force schools, homeless shelters, and other institutions to let biological boys into girls’ restrooms, changing rooms, other facilities, and sports in the name of fighting “discrimination.”

Mieke Haeck, who introduced herself as the “proud mom of two girls, eight and ten, my youngest daughter is transgender,” asked Biden how he would reverse President Donald Trump’s “dangerous and discriminatory agenda” on transgender issues.

She framed Trump’s policy moves — which involve rightly referring to people by their biological sex over their ostensible gender identity — as attacks on transgender people.

Biden, who had earlier insisted that there are things “you can’t do by executive order unless you’re a dictator,” declared, “I will flat-out just change the law” on alleged “discrimination” against transgender people.

He went on to ridicule the idea that a transgender identity during childhood could be a phase.

The Democrat mocked “the idea that an 8-year-old child or a 10-year-old child decides, ‘You know I decided I want to be transgender. That’s what I think I’d like to be, it would make my life a lot easier.’”

He then added, “There should be zero discrimination. … There is no reason to suggest that there should be any right denied your daughter … that your other daughter has a right to be and do.”

Many parents and children would beg to differ.

Although Biden may have the best of intentions for supporting transgender activism, policies that open women’s and girls’ restrooms, locker rooms, homeless shelters, prisons, and sports to biological boys can foster various forms of abuse against women and girls.

“She went to the bathroom and she was pulling up her pants when one of her classmates came in the bathroom, a little boy. She tried to leave out of the bathroom, the little boy pushed her against the bathroom stall, basically pinned her up against there,” the mother said, summarizing her daughter’s story. “She asked him to stop, he wouldn’t.”

The Department of Education’s Office of Civil Rights (OCR) investigated the case and “found conflicting evidence” about whether the boy “was in the girls’ bathroom and, if so, was there because of his gender identity,” but the boy’s father readily admitted that the boy uses the girls’ bathroom.

When it comes to sports, Biden’s policies would require opening girls’ sports to biological boys who enjoy tremendous biological advantages. Such a policy “deprives women of the opportunity to participate fully and fairly in sports and is fundamentally unfair to female athletes,” Attorney General Bill Barr argued.

The Department of Justice has filed a statement of interest in support of female athletes in Connecticut who lost multiple state championship titles to biological boys who identified themselves as girls.

Perhaps the worst implication of Biden’s support for transgender identity at age 8 involves the experimental “treatments” doctors push on children in order to “confirm” their “gender identity.”

Endocrinologists have warned that the “treatments” actually cause a disease.

Harry Potter author J.K. Rowling, who has encouraged transgender “treatments” for some who suffer from gender dysphoria, has rightly warned about “a new kind of conversion therapy for young gay people, who are being set on a lifelong path of medicalisation that may result in the loss of their fertility and/or full sexual function.”

She shared a documentary about the gender clinic in Britain, where whistleblowers have voiced concerns that some parents push transgenderism on children because the parents prefer a “straight” transgender child over a “gay” child. 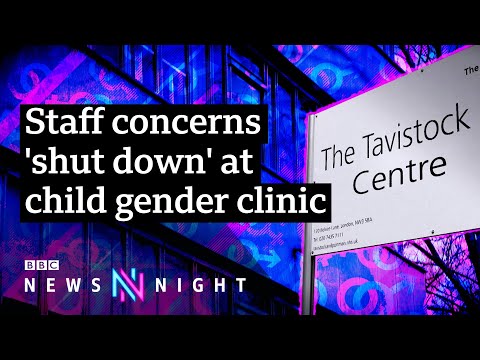 Men and women who once identified as transgender have grown to reject that identity, lamenting the serious damage they did to their bodies.

“I am a real, live 22-year-old woman, with a scarred chest and a broken voice, and five o’clock shadow because I couldn’t face the idea of growing up to be a woman, that’s my reality,” admitted one women who once identified as a man and took cross-sex hormones.

One man described his artificial female anatomy as a “Frankenstein hack job.”

Studies have shown that between 80 and 95 percent of children who express gender dysphoria (the persistent and painful identification with a gender opposite their biological sex) will come to identify with their biological sex if they are allowed to develop naturally.

Biden has promised to “ensure that LGBTQ+ individuals have full access to all appropriate health care treatments and resources,” including “covering care related to transitioning—including gender confirmation surgery.”

The Democrat has not clarified whether or not he supports “transition care” for 8-year-old children, but his statements on Thursday night suggested that he does.

Would he consider it “discrimination” if a biologial boy who identifies as a girl cannot receive experimental and potentially dangerous hormones to make his body more feminine or to prevent his body from going through the natural process of puberty?

ABC News anchor George Stephanopoulos did not press Biden on this important question.

Americans should be concerned about Biden’s support for childhood transgender identity and activism.

They should also be concerned about Biden’s rush to “flat-out just change the law” to push radical transgender activism at the expense of other key concerns like religious freedom, potential child abuse, and more.

Any reforms to recognize transgender identity should come through Congress and the state legislatures, not a presidential executive order or a sweeping Supreme Court decision.

Bans on transgender “discrimination” may be helpful and necessary to a limited extent, but they also open up a Pandora’s Box of issues, including religious freedom, stigmatization of gay and lesbian people, privacy rights, and experimental “treatments” that will likely do more harm than good.

Ironically, Biden seems to understand that he cannot declare tax policy by executive order, but he appears to be chomping at the bit to ram new transgender laws on Americans while bypassing Congress.

Even if that doesn’t entail pushing dangerous experimental drugs on 8-year-old children, it should terrify Americans.