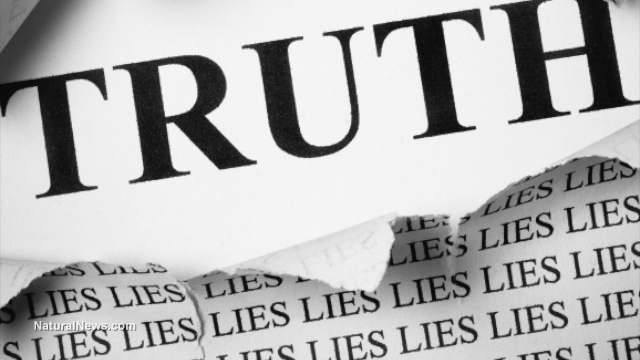 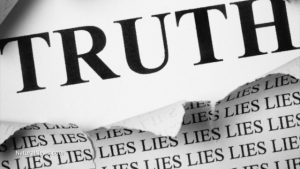 Since the introduction of the No Jab No Pay federal policy in January 2016 there has been a need for expert witnesses in court cases to support Australian parents in exercising their right to choose how many vaccines they use in their children and themselves. This has become necessary even though vaccination in Australia is not compulsory.

Despite this fact, children/adults who receive less than the 16 recommended vaccines are now considered ‘unvaccinated’ and they are being discriminated against in welfare policies, early childhood education and employment situations.

On the 24th November 2018 Jane Hansen from the Daily Telegraph published a derogatory article about my work as an expert witness in a court case that was due to be heard on 12 December 2018. This was the second false and misleading newspaper article about my involvement in this court case, the first being published by Kylar Loussikian in the Sydney Morning Herald on 23 September 2018.

Loussikian published his article 7 weeks after the first hearing for the court case waspostponed (1 August 2018) due to the solicitor being sick. In his article (23 September 2018) Loussikian stated that Peter McIntyre, the government ex-director of the National Centre for Immunisation Research and Surveillance (NCIRS) for 14+ years, was drafted into these court proceedings, out of time, to respond to my evidence.

Loussikian had been provided with my affidavit and he quoted from this confidential document in his newspaper article (23 September 2018) even though the case was still to he heard in court. He also knew of Peter McIntyre’s submission in this case even though it was not submitted in the courts until 24 September 2018 – after Loussikian’s article was published.

The father’s lawyer, who is supporting the vaccination of his children, drafted Peter McIntyre into this case out of proceedings and someone has provided the media with my expert witness report. This is a breach of section 121 of the Family Law Act that is required to be reported to the Australian Federal Police.

This is an offence that is punishable, upon conviction by imprisonment for a period of up to one year. The publication of parts of my expert witness report by the Sydney Morning Herald was also in breach of section 121 of the Family Law Act.

On the 26 September 2018 I was asked to respond to Peter McIntyre’s affidavit and I submitted my affidavit on the 19 October 2018. The new court hearing was set for 12 December 2018.

On the 4th December 2018, one week before the hearing (12 December 2018), I was informed by the client that she would no longer be contesting the vaccination of her children because she was advised that there was a high risk that she would lose custody of the children if she contested this in court.

This is an example of interference in the legal system by individuals involved in the government’s case for vaccination. The media articles were designed to negatively influence public opinion about my expert advice with false and misleading information.

The Australian public is being incorrectly informed about my qualifications and parents are also being made fearful of challenging mandatory vaccination in the courts.

Policies are not law and they need to be challenged with evidence in the courts. The current law in Australia is that vaccination is not compulsory yet many institutions are discriminating against healthy children based on the arbitrary mandating of 16+ vaccines in social welfare policies.

Hence parents are entitled to challenge vaccination policies in court without the fear of losing custody of their children. Further, if mandatory vaccination is based on scientific evidence then Peter McIntyre (NCIRS for 20 years), would be ensuring that this evidence was scrutinised in court and he would be happy to debate this publicly – but he is not.

The information that Peter McIntyre, the Health Department and the Australian Medical Association (AMA) are hiding includes:

The escalating autism and chronic illness in children is preventable. If you are experiencing discrimination in society because you have chosen not to use all the recommended vaccines (16+) then please contact me and I can help you defend your right to choice in this medical intervention.

My Health Record Database:
This is a central digital health record system in Australia that was started back in 2012 and its purpose was supposed to be to reduce confusion and improve communication between practitioners. However, it has clearly been designed for more than this purpose because it is not just practitioners that will have access to your confidential health records.

External agencies such as the police, security agencies, the Australian tax office (ATO) and others will have warrantless access to your data. This is a breach of trust between doctor and patient and international experts are extremely worried.

The Australian parliament has passed these provisions and they are in the legislation in Section 70 of the Act. This information was published in the Courier-Mail (23 July 2018) ‘As a doctor, here’s why My Health Record worries me’ (Kerryn Phelps).

Several reasons are given in the legislation for these agencies to have access to your health information and two of these include:
c) the protection of the public revenue and
e) the preparation for, or conduct of, proceedings before any court or tribunal, or implementation of the orders of a court or tribunal.

What has ‘public revenue’ and the ‘courts/tribunals’ got do do with our right to have privacy with our health practitioners? Nothing.

The legislation as it stands allows warrantless disclosure of health information. Whilst it is stated that the Systems Operator will require a court order for the release of this information, this requirement can be changed at any time. In other words, Australians are being asked to ‘trust’ that the government of the day will not change this to suit their desired agenda.

Already we have seen the Australian government implement mandatory vaccination polices – No Jab No Pay/Play – through Jane Hansen and the Murdoch media (2013) – for 16 vaccines without any public scrutiny of the science. Academics are being bullied and suppressed in debating their university research on vaccines and this is a topic that has serious consequences for the ‘public revenue’.

This bullying has been assisted by Mia Freedman’s pharma funded Mamamia website and by Richard Di Natale’s (leader of the Australian Greens) support for the industry-associated lobby group called Stop the Australian Vaccination Network (SAVN) with false information in the federal parliament. This group is an anonymous facebook group that states its only contact as ‘The Young Australian Skeptics’.

The Australian Skeptics is a lobby group with links to corporations and they have run an organised campaign of abuse and ridicule of academics, professionals and parents to suppress the public debate of vaccination in Australia.

Whilst Australians are preparing for the Christmas holiday the federal government has rammed through legislation that will allow special forces, the Australian Defence Force, to be deployed in any state on the advice of a federal minister and they can stop anyone and demand their ID ‘even if they are not suspected of any wrong doing’.

The bill describes certain circumstances when the troops can be deployed to break up protests and strikes. This bill has also been accompanied by a bill that allows law enforcement and security agencies to have acess to citizens encrypted messages.

These laws have serious consequences for whistleblowers, human rights activists and any citizen wishing to protest against a government policy. This is the removal of civil liberties in Australia being framed to the public by the government as being “in the national interests of the country”.

Please take the time to read the detail of this new legislation that is provided by the Sydney Criminal Lawyers association in the article titled ‘Morrison’s Xmas Gift: New Laws to Further Erode your Civil Liberties‘.