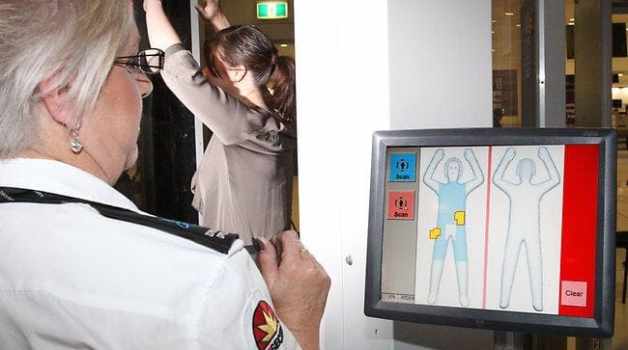 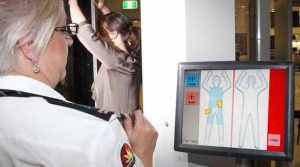 On a recent business trip I was at the Brisbane International Airport heading for the departure gates where of course, like all airports, my next step was to go through a security check point. The airport at this time of day was quite busy so it was a long wait before i came up to the bag scanner. While waiting I noticed the long line up where every single traveler was being body scanned. Not passing through a metal detector. Body scanned.

I decided while I was waiting in line that I didn’t want to receive the radiation dose this machine delivers to every travellers body who is scanned by it. So i decided a pat-down would be acceptable.

To my surprise it was confirmed to me that the body scanner machine was mandatory in Australia and that if I did not proceed into the machine I would not be allowed to board my flight. I had then realised that Australian airport security had moved from a trial body scanner to now a mandatory body scan for each traveler. My trip was vital to my business so I ended up moving through the scanner to receive my dose of unwanted radiation.

In the USA passing through a body scanner is optional. People who refuse to be radiated can opt for a pat-down instead. So why are Australians denied this option? Why are we forced to enter these machines somewhat against our will. Sure we do have the option to say no to the scan but that is also a no to leaving the country. Not exactly free will there.

Your rights at the screening point

When you enter a screening point, you are agreeing to each screening procedure. If a frisk search is required, you will be asked to consent to this process.

You have the right to refuse any screening process. However, if you refuse you will not be permitted to go through the security screening point and will not be able to board your flight.

The above quote is from the Australian Home Affairs website. The language used is very interesting. “You have the right to refuse any screening process”. Seriously? So we have the right to refuse and then you’ll be thrown out of the airport! Does that sound like freedom? And this… “You will be asked to consent to this process”. Let me rephrase that statement…”We demand you comply to this process”. That’s what they’re actually saying.

So it’s interesting that people are entering the airport are not advised of body scanners and you never get the opportunity to consent as it’s not a condition of the sale of an airline ticket. People are treated like sheep as they are passing through who knows what levels of radiation.

The staff at the airport advised me that the radiation given by the scanners is no more harmful than the radiation given by a mobile phone. But how would they know? Where’s the evidence of this claim? Sounds more like a way to put people at ease if they seem agitated by the thought of being irradiated when being scanned.

1. Use hands-free devices to keep mobile phones away from the head and body during phone calls

2. Limit the number and length of calls

3. Use the phone in areas of good reception to reduce exposure as the phone will transmit at reduced power.

There’s mountains of evidence that mobile phones cause cancer. Even the manufacturers themselves include warnings with the very phones they sell telling you not to place them against your head when making calls because of the radiation risks that can lead to cancer. If they didn’t include these warnings the litigation would sink them.

So with airport security staff sitting in close proximity to these scanners day after day and travellers being exposed constantly, does it really provide you with any comfort hearing it from the horses mouth that they’re no more harmful than your phone?

We get fed so many lies from our government, corporations and industry that are only interested in making money while public health takes a backseat to their profits.