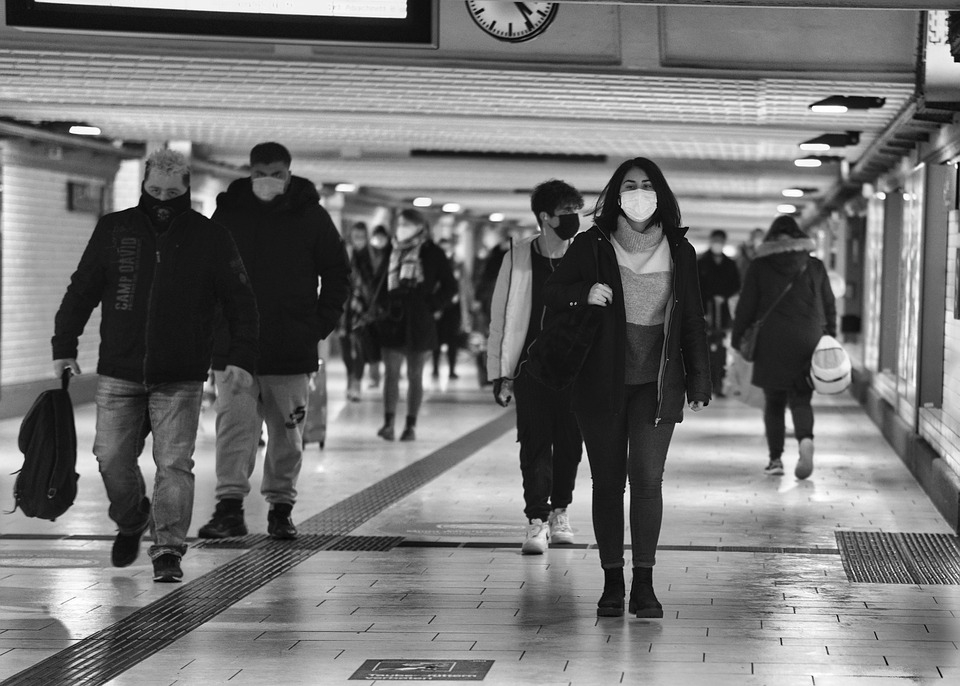 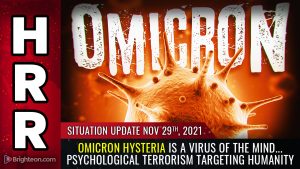 PSYCHO-BIO-WARFARE: OMICRON hysteria is a virus of the mind with no basis in physical reality… it’s all a mind game to drive people to vax suicide

The dreadful-sounding “Omicron” variant is the latest chapter in the globalist psycho-bio-warfare attack on humanity. The “psycho” part refers to the psychological terrorism inflicted by the complicit media and its attempts to drive everyone into widespread fear. The “bio” weapon is the vaccine itself, which was engineered from the start as a depopulation bioweapon designed to cause mass fatalities over the next decade (from cancer, autoimmune disorders, cardiovascular disorders, etc.).

Notably, this new form of warfare requires no actual kinetic, real world weapons. The entire psychological terrorism campaign takes place purely in the minds of the targeted victims. They imagine the omicron variant stalking them and threatening them. They imagine pain and suffering if they don’t do what they’re told (take the vax shot).

But if they open their eyes and look at the real world right around them, there is no war. There is no omicron. There is no covid pandemic. Only those who tie their consciousness to the dishonest fake news media are even aware of the existence of a “pandemic.” Without the media fear campaign, the pandemic doesn’t exist at all. It’s just another seasonal flu.

That’s why NY Gov. Hochul declared a State of Emergency out of thin air, with not even a single “case” of omicron detected in the entire state of New York. No physical infections are needed to spread fear since this is psycho-bio-warfare, meaning it requires nothing rooted in reality.

The goal of the globalists is to dissociate you from reality, then control all your perceptions and beliefs

In order to achieve this war against your psyche, globalists have been slowly prying your consciousness away from reality, introducing layer upon layer of abstract fictions into your mental landscape. Transgenderism is one such fiction. No biological man can get pregnant and have a baby, but the globalist-run media complex has convinced at least half the population that biology isn’t real. They have dissociated the psyche from physical reality.

Importantly, they have also convinced people to disbelieve their own senses. That’s why I posted this important podcast over the weekend that urges you to trust your senses and stop believing in the spell weaving liars: