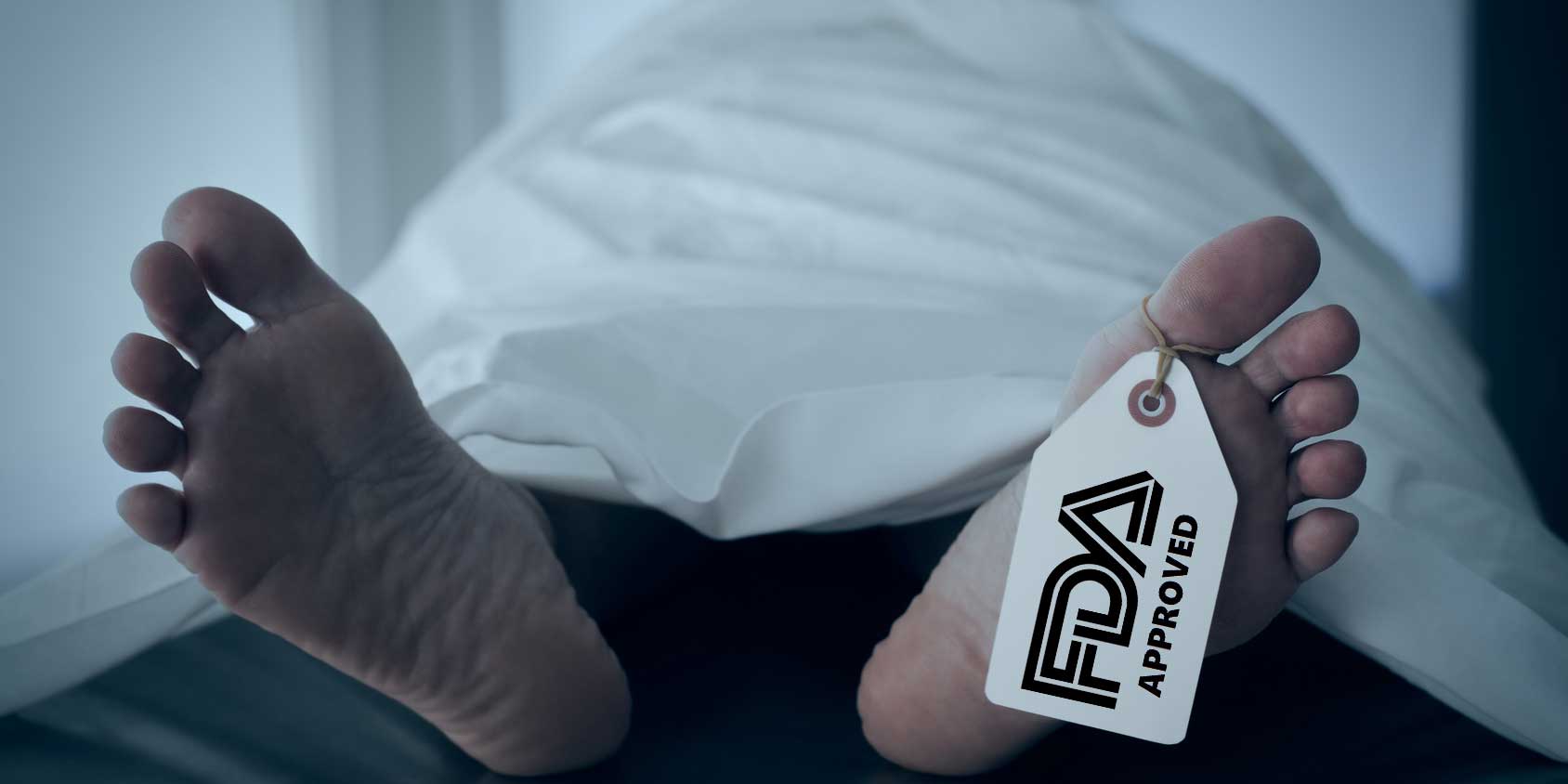 File this one under: “studiously ignored by major media.”

I first posted this story in August of 2012. It was based on a Truthout interview of a man who did drug reviews for the FDA. He examined applications to approve new medical drugs.

Pharmaceutical companies must have their new drugs certified as safe and effective before they can enter the market, before doctors can prescribe them. The FDA does this certification. Thumbs up or thumbs down.

In a stunning interview with Truthout’s Martha Rosenberg, former FDA drug reviewer, Ronald Kavanagh, exposes the FDA as a relentless criminal mafia protecting its client, Big Pharma, with a host of mob strategies.

“I was threatened with prison.”

“One [FDA] manager threatened my children…I was afraid that I could be killed for talking to Congress and criminal investigators.”

Kavanagh reviewed new drug applications made to the FDA by pharmaceutical companies. He was one of the holdouts at the Agency who insisted that the drugs had to be safe and effective before being released to the public.

But honest appraisal wasn’t part of the FDA culture, and Kavanagh swam against the tide, until he realized his life and the life of his children was on the line.

What was his secret task at the FDA? “Drug reviewers were clearly told not to question drug companies and that our job was to approve drugs.” In other words, rubber stamp them. Say the drugs were safe and effective when they were not.

Kavanagh’s revelations are astonishing. He recalls a meeting where a drug-company representative flat-out stated that his company had paid the FDA for a new-drug approval. Paid for it. As in bribe.

He remarks that the drug pyridostigmine, given to US troops to prevent the later effects of nerve gas, “actually increased the lethality” of certain nerve agents.

Kavanagh recalls being given records of safety data on a drug—and then his bosses told him which sections not to read. Obviously, they knew the drug was dangerous and they knew exactly where, in the reports, that fact would be revealed.

The situation at the FDA isn’t correctable with a few firings. This is an ongoing criminal enterprise, and any government official, serving in any capacity, who has become aware of it and has not taken action, is an accessory to mass poisoning of the population.

Seventeen years ago, the cat was let out of the bag. Dr. Barbara Starfield, writing in the Journal of the American Medical Association, on July 26, 2000, in a review titled, “Is US health really the best in the world,” exposed the fact that FDA-approved medical drugs kill 106,000 Americans per year. That’s a MILLION deaths per decade.

In interviewing her, I discovered that she had never been approached by any federal agency to help remedy this tragedy. Nor had the federal government taken any steps on its own to stop the dying.

The government has still done nothing.

Donna and Hieu plug back in with me tonight to chat about  the live life claim and the incredible matrix like system that totally saturates every corner of our lives. You can find Hieu’s website here and can also contact him through the website if needed.  YouTube channel can be found here Related Posts:Memo to[…]