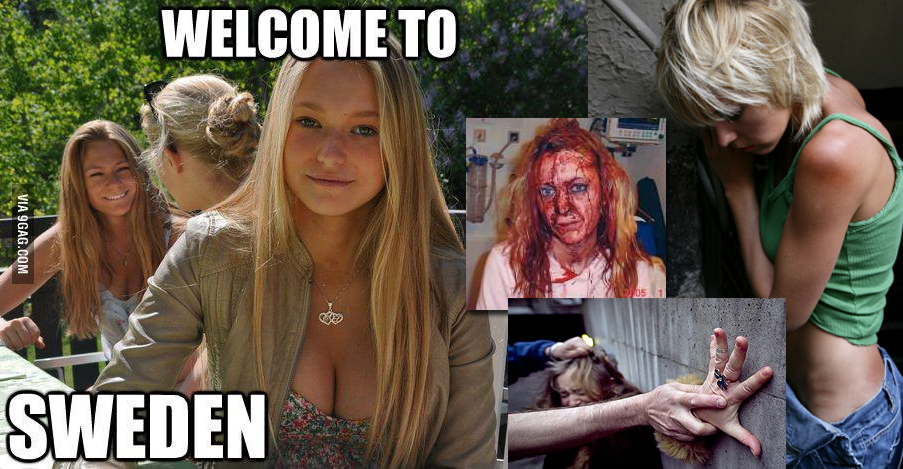 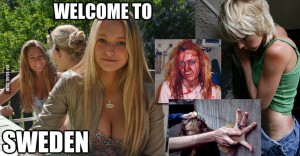 According to an investigation by Swedish newspaper Dala-Demokraten, Arab migrants are being promised ‘free blonde Swedish girls’ and taxpayer-funded luxury treatment if they pay people smugglers to help them reach Scandinavia.

The report explains how most of the migrants seeking to cross into Europe who are being targeted by people smugglers are not even from Syria and cannot be considered refugees at all given that they reside in neighboring countries not at war.

Websites set up by people smugglers assert that migrants can get asylum quickly in Sweden and that they will be housed in luxury hotels until the government finds free accommodation for them, all at taxpayer expense.

“There is also sexual content in the advertisements, according to Dala-Demokraten,” reports Speisa, which translated the Dala-Demokraten article. “Among other things, the Arabs are promised their own free young willing blond Swedish girlfriend if they manage to illegally get all the way to the promised land in northern Europe.”

“In reality one can say that the young Syrian men are lured to Sweden by the oldest trick in the book – money and girls. Pictures of blonde beauties are published, and that Swedish women require real men,” writes Dala-Demokraten.

Apparently, migrants with no plan on working who travel to Sweden to live on government hand-outs are now considered “real men”.

Based on the fact that Sweden has experienced a 1400% increase in rapes since it swung its doors open to mass immigration, with the majority of the culprits identified as “foreigners,” one suspects that not all of the migrants’ encounters with ‘free Swedish blonde girls’ will be consensual.

The fact that the websites directly target men again illustrates how the media portrayal of migrants as desperate refugee families fleeing war and ISIS persecution is largely bogus.

According to the UN’s own figures, 72% of the migrants fleeing to Europe are men, with just 13% women and 15% children.

As we reported earlier, a prominent recently gave a speech at a mosque in Jerusalem in which he asserted that Muslims should use the migrant crisis to breed with European citizens and “conquer their countries”.

Donna and Hieu plug back in with me tonight to chat about  the live life claim and the incredible matrix like system that totally saturates every corner of our lives. You can find Hieu’s website here and can also contact him through the website if needed.  YouTube channel can be found here Related Posts:Sweden, Denmark[…]