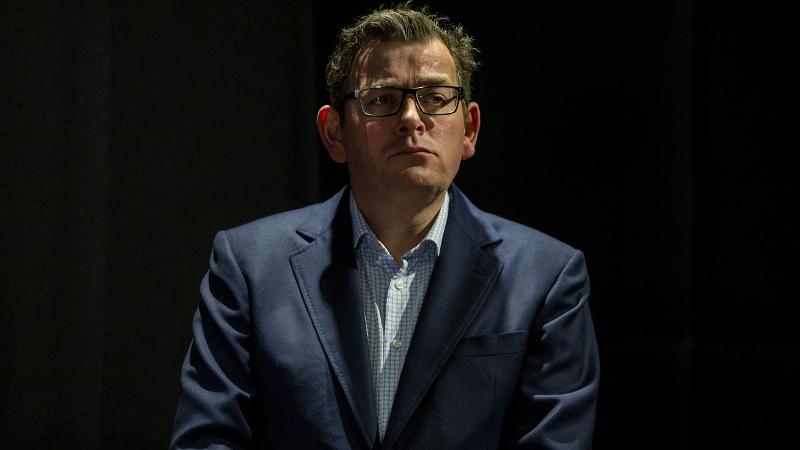 Rockefeller Chief placed in Melbourne for the last 5 years planning the “Resilience City” as part of the Dan Andrews led Globalist Coup.

Toby Kent the Rockefeller funded “Chief Resilience Officer” who is based in Melbourne planned out, over the past 5 years, how to handle the city in the event of a pandemic. Rockefeller funded and started “Strong Cities Network” and Melbourne has been their “poster child” since inception.

Dan Andrews visited New York 3 years ago to learn about and then add surveillance structures and systems into Melbourne that complement the SCN strategies and system. The completion of the installation has taken place during lockdowns (look at your local roundabouts and intersections now). There has been a workforce here from China installing them – a group of these workers have been staying at a suburban hotel right by where I live – an incredible coincidence. Anyway….

The premise of SCN is that you surrender your policing policies to the Network ‘Think Tank’ (based in London) and they produce the guideline for you. They also provide the troops and training on militia-style tactics (the knee on neck is one of them and the stormtrooper approach is another).

The Rockefeller Foundation and United Nations have multiple networks in place that deal directly with city Mayors and leaders of LG municipalities – bypassing national and state structures – a form of infiltration so they do not have to go through ‘normal’ layers of legal, moral, and constitutional authority – they cut through all that red tape. The longer term goal being to do away with government as sovereignty and nationality are obstacles to a one government world – which is the ultimate and underpinning goal of the WEF and UN MOU they signed in 2019. (Yes the WEF and UN are now essentially one overlord organisation).

The first and most effective way to implement the one government world agenda is to first get hold of and control the local police forces – successfully achieved in Melbourne recently.

It’s all facts available online and from verifiable and official websites.

It’s all there in full view, you just have to be proactive and objective and emotionally detached from the truth to find it.

It won’t appear on the 6 o’clock news – as that would naturally spark riots and push back.

Govt is complicit and actually fund all of this – mostly unwittingly and likely to realise only when they are overthrown – they want the people to do that bit and when they do, the one govt world is ready to step in and complete their vision and future view.

PS: it is worthy of note that the UN have officially tasked China with the job of collating all the world’s data of human movement and activity (GeoInt) and so China will hold all data of all planetary human info. This was announced at the UN GA on 22 September 2020.

Also, China’s richest man (Jack Ma) along with Melinda Gates is heading up the UN’s Digital Cooperation Program – bringing all personal data of all people of the world into one central place. Program commenced in June 2020.

China, UN, WEF, Gates, and Rockefeller (plus more) all working together to know everything about everyone in the planet and with the capacity to control the people with resilient, well equipped and well-trained militia style police forces.

And finally, you may be interested to know that Jack Ma (China’s richest man) and TikTok (the social media site) have donated over 3 million AUD each to Melbourne’s Doherty Institute vaccine research.

Why? So many questions for Dan Andrews, they will pop his eyes.

Dan Andrews is on board with the entire program – a Globalist and a China servant.

Again…. Not my opinion, all facts you can find online yourself at official and verifiable websites (except the Chinese workforce that’s been in Melbourne – you’d have to sweet talk the hotel staff where they are staying like I did without even trying).

Or email opt in at www.anrnews.com and also get a free copy of my book “The Great Vaccine Con” I wrote with the help of brave Doctors and scientists.

How to leave Victoria if you have little money.

You only have to apply to the State you wish to go to citing Mental strain and Financial hardship also helps to say you are to provide support to a Family member or Friend. Once approved abide with a 14 day Hotel Quarantine. If you do not have the Funds($3,000 in Adelaide) you can also apply for Financial Hardship once Invoiced from the Quarantine Hotel which requests payment after your 14 day stay.