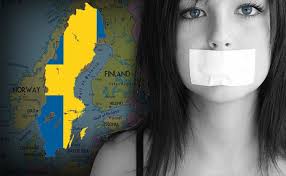 This article is partly based on savemysweden’s report. We asked more Swedes about it for a better translation as this was a complex study.

A new comprehensive investigation of convictions between the years 2012-2017 shows a large overrepresentation of Muslim immigrants among violent sex offenders.

The study shows that migrants from predominantly Muslim countries commit 84 per cent of ‘very cruel’ or ‘violent’ rapes. Native Swedes come in fourth place, after Afghans, Iraqis and Somalis. Groups who are relatively most likely to commit rape according to the study are Algerians, Afghans, Tunisians, Moroccans and Palestinians.

The most shocking result is that 95.6 per cent of ‘assault rapes’ are committed by migrants. These attacks consist of all rape attacks outside on unknown women. Swedish men with two native-born parents have only committed 4.4 per cent of this type of rape in the last five years.

We will soon contact the author of this study to ask him more about his statistics and his method. We thank the Swedish Twitter community and savemysweden for their help.