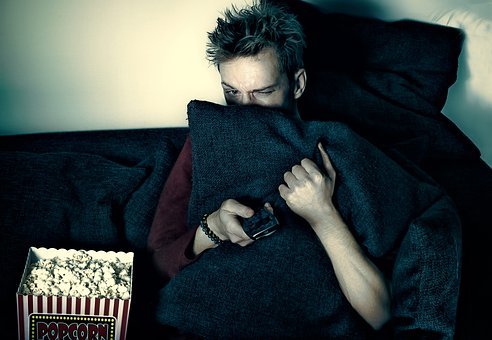 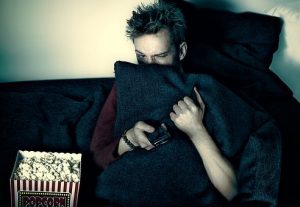 A vigorous and investigative media is critical to the wellbeing of any free, liberal democracy like Australia. For a democracy to function well, there must be a genuine exchange of ideas in the public sphere. Mainstream media outlets such as newspapers, radio, and television have traditionally played a key role in facilitating these discussions.

Over time, these big media corporations, which have come to be known in the Internet era as the ‘legacy media’, have become increasingly one-sided in their coverage of key issues and debates, and the scope of public debate has narrowed to suit the agendas of political and corporate elites rather than the public.

For example, anyone who is publicly opposed to mandatory vaccination, as I am, is labelled an ‘anti-vaxxer’ – a misleading insult used to attack one’s character and avoid engaging in a constructive debate. I have only criticised mandatory vaccination, yet this is more than enough, it seems, to warrant the legacy media’s use of this slur.

Almost all of Australia’s big media outlets repeat the same politically correct mantras about every major issue, and those who hold contrary views are often ignored, dismissed, ridiculed, or regarded as dangerous.

This disturbing trend has never been more apparent than over the past two years, in which the legacy media has manipulated the public into a state of perpetual anxiety over something that is not dangerous to most people. Furthermore, they have drastically understated, if not completely ignored, the serious concerns about coercion and intrusion into the private lives of citizens.

One example of this is their ubiquitous support for vaccine mandates, which many Australians oppose for a variety of reasons that must be taken seriously. People who think critically about vaccine mandates realise that they raise a plethora of complex questions that require sound reasoning to navigate and involve moral judgments. What role should government play in our personal medical decisions? What authority does the government have to vaccinate children against their parents’ will? What right does the government have to restrict the movements and career prospects of people who don’t want to be vaccinated? What sort of precedents are being established by this authoritarian creep, and where will it lead? These questions require thoughtful answers, but almost all journalists in legacy media corporations refuse to ask them.

Instead, they busy themselves with ridiculing so-called ‘anti-vaxxers’ (very few of whom are opposed to vaccinations in general), provoking fear about every death associated with Covid, and continuing to tout the vaccines at every possible moment despite their lack of efficacy in preventing transmission. This is not journalism or honest, facts-based reporting – it is propaganda, and many people who are familiar with the media of communist regimes sense the similarities with our major networks given their uniformity and demonising of dissenters.

The majority of journalists in legacy media outlets are too lazy or unwilling to challenge any aspect of the Covid narrative that grips our lives, so people increasingly turn to alternative media sources featuring brave journalists who dare to address the questions the others fail to ask. It doesn’t take an epidemiologist to work out that the edicts of our unelected health bureaucrats are arbitrary, oppressive and nonsensical.

There was once a time when these people would have been met with scrutiny from tough-minded journalists. After all, the truth is always more compelling than vapid headlines. However, it seems the only skill one needs to be a journalist in this era is the ability to ask, ‘How many new cases are there today?’ and to compliment the chief health officer on her hairdo. That’s why I’ve been asking SA Health to provide the research they are relying on and other information such as the number of Covid patients in ICU who have other underlying health conditions. If journalists bothered to ask these questions, then many Australians would have a broader perspective thinking about Covid and less irrational fear.

Legacy media corporations have a lot to answer for given their constant fearmongering and stifling of dissenting opinions – including those of doctors, nurses, teachers, and researchers who don’t support authoritarian measures such as vaccine mandates and lockdowns. One wonders how different Australia would look and feel if the mainstream media reported the facts about Covid, such as the fact that people under-50 account for more than three quarters (78.91 per cent) of all cases in Australia but have a case fatality rate of only 0.04 per cent. Although clearly tragic, there have been 3,140 deaths associated with Covid-19 in Australia, to date, and  1,176 were aged-care residents (mostly in Victoria). In fact, aged-care cases account for less than two per cent of all cases, but almost half of all deaths, according to the government’s Covid-19 data. If more people knew this, would they still be afraid?

The pictures painted by the data and by legacy media journalists are vastly different. The data reveals a virus that many catch but which kills only the most vulnerable, the sick, and the elderly. The legacy media outlets continue to report daily case numbers, an irrelevant statistic, thus keeping many people perpetually anxious (and this after 90 per cent of the population is double-vaccinated). When will it end? Only when we stop paying attention to daily case numbers.

Many Australians understand that legacy media corporations profit from fear, but in the end, truth always wins out, although it often takes time for a lie to be toppled. I trust that the message of common sense, personal liberty, and limited government will continue to reach more and more people and will ultimately win the day, especially with the rise of independent journalists who boldly ask the difficult questions and are unafraid to pursue the truth, no matter where it leads. When that dam finally breaks, it surely won’t be the result of the legacy media and its two-year reign of Covid-inspired fear porn. Take my advice, switch them off.