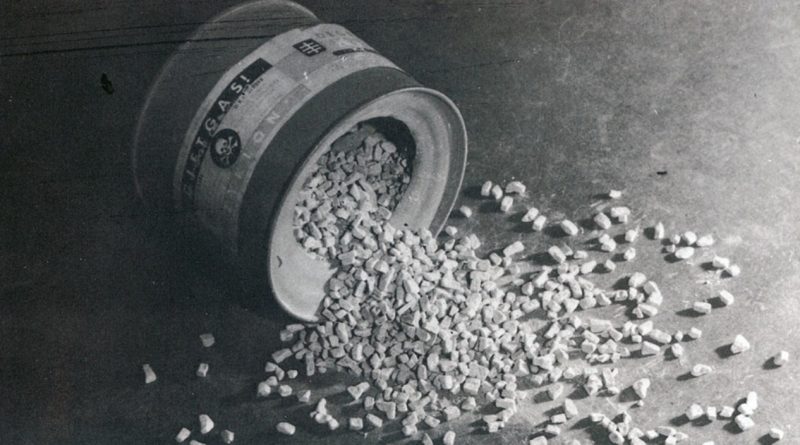 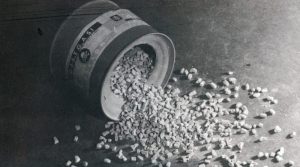 The Hoax of the Twentieth Century:
The Case Against the Presumed Extermination of European Jewry

Preface to the 1976 Edition

In common with virtually all Americans, who have had their opinions formed since the end of World War II, I had, until not very long ago, assumed that Germany had given the world a particularly murderous outburst during World War II. This view has ruled Western opinion since 1945 and earlier, and I was no exception in accepting the essentials of it.

An important qualification in the preceding is the term “essentials,” for the collection of crimes of which the Germans were supposedly guilty in World War II grows rapidly smaller as one examines the evidence and arguments assembled in readily available “revisionist” books. An elementary critical examination reveals that most of the crimes that are real even in the minds of “intellectuals” (e.g. lampshades manufactured by some Germans from the skins of human beings killed in concentration camps for the purpose) obviously had no basis in fact. Likewise with legends about mistreatment of American and British prisoners of war. Moreover, the general problem is elaborated considerably when one weighs, as the revisionists do, the appalling wartime and postwar brutalities of the Western Allies.

Such an investigation does not overturn the “Holocaust” legend, however, and the “six million” jews murdered, mainly in “gas chambers,” can seem immovable fact. The revisionist books which overturn some of the most popular misconceptions seem to accept the gas chambers as factual. All educated opinion that the investigator consults accepts the “extermination” story. Professors of history who have specialized in Germany, if asked, seem to consider the charge as established as the Great Pyramid. Liberal and conservative publicists, though they have very different attitudes toward World War II and America’s entry into it, and though they squabble with each other on almost everything else, close ranks on the reality of the “Holocaust.”

Elementary investigation into the question, of the sort the non-historian customarily does, led me nowhere. The meager amount of literature in the English language which denied the truth of the legend was not only unconvincing; it was so unreliable and unscrupulous in the employment of sources, when sources were employed, that it had a negative effect, so that the case for the truth of the essentials of the legend (disregarding quantitative problems, e.g., whether it was six million or four million or only three million) seemed strengthened. At the time I became aware that there existed additional literature in French and German but, being quite unaccustomed to reading texts in those languages except on rare occasions when I consulted a paper in a French or German mathematics journal, I did not undertake to acquire copies of the foreign language literature.

Moreover, I assumed that if such literature was worth more than what was being published in English, somebody would have published English translations.

Still possessing my lingering doubts I sat down, early in 1972, and started to read some of the “Holocaust” literature itself rather more systematically than I had previously, in order to see just what claims were made in this connection and on what evidence. Fortunately, one of my first choices was Raul Hilberg’s The Destruction of the ‘European’ jews. The experience was a shock and a rude awakening, for Hilberg’s book did what the opposition literature could never have done. I not only became convinced that the legend of the several million gassed jews must be a hoax, but I derived what turned out to be a fairly reliable “feel” for the remarkable cabalistic mentality that had given the lie its specific form (those who want to experience the “rude awakening” somewhat as I did may stop here and consult pp. 567-571 of Hilberg).

Although my long-lingering skepticism in regard to the legend was no longer on the defensive, my information could not, early in 1972, be considered conclusive, and my knowledge of the subject was not comprehensive, so I set out, at first in my “spare time,” to investigate the subject with the thoroughness that was required.

The reader will have surmised that my “spare time” eventually expanded considerably.

Several – for me startling – discoveries made the subject irresistible in a purely intellectual sense. I acquired the foreign language literature. Ultimately, I spent the entire summer of 1972 working on an exposé of the hoax, since by then I had penetrated and demolished the whole sorry mess. While the book you are holding differs considerably in quantity of factual content and general quality from the picture I had formed by the summer of 1972, that picture, whose essentials are transmitted here, was in such overwhelming contradiction to the lies that Western society had equipped me with, that my attention could not be drawn from the subject by any appeal to prudence or any such practical calculation. Because even early in the summer of 1972, it was evident that my research had carried the subject beyond the existing literature, I felt an inescapable obligation and an intellectual imperative to put forward for society’s evaluation what I knew about this most pernicious hoax. It quickly became clear that only a book would do; the subject could not, given the years of propaganda, be treated in a research paper or pamphlet and, a fortiori, it could not be treated in the form of a lecture.

The body of a text was written in the summer of 1972, and then the manuscript was gradually improved in the course of the next two years. A trip to Europe in the summer of 1973 was very rewarding, as was a trip to Washington later in the year. The book was essentially finished in late 1974.

If a scholar, regardless of his specialty, perceives that scholarship in acquiescing, from whatever motivation, in a monstrous lie, then it is his duty to expose the lie, whatever his qualifications. It does not matter that he collides with all “established” scholarship in the field, although that is not the case here, for a critical examination of the “holocaust” has been avoided by academic historians in all respects and not merely in the respect it is treated in this book. That is, while virtually all historians pay some sort of lip service to the lie, when it comes up in books and papers on other subjects, none has produced an academic study arguing, and presenting the evidence for, either the thesis that the exterminations did take place or that they did not take place. If they did take place then it should be possible to produce a book showing how it started and why, by whom it was organized and the line of authority in the killing operations, what the technical means were and that those technical means did not have some sort of more mundane interpretation (e.g. crematories), who the technicians involved were, the numbers of victims from the various lands and the timetables of their executions, presenting the evidence on which these claims are based together with reasons why one should be willing to accept the authenticity of all documents produced at illegal trials. No historian has undertaken anything resembling such a project; only non-historians have undertaken portions.

Can Anybody Believe such a Story?

This concludes our analysis of the Auschwitz charges. It is impossible to believe them; the allegations are so breathtakingly absurd that they are even difficult to summarize. We are told that the “Nazis” were carrying out mass exterminations of jews at the industrial center Auschwitz, employing the widely used insecticide Zyklon B for the killing. The 30 or 46 cremation muffles at Auschwitz, used for disposing of the bodies of the very large numbers of people who died ordinary deaths there, were also used for making the bodies of these exterminated jews vanish without a trace.

As an extermination center, Auschwitz was naturally the place that the Hungarian jews were shipped to for execution. Shipments of jews conscripted specifically for desperately needed labor in military production were delayed in order to transport the Hungarian jews to Auschwitz for execution. The 46 cremation muffles, which existed at Auschwitz, turned out to be inadequate to dispose of people arriving at the rate of about 10,000 per day, so the bodies were burned out-of-doors in pits.

This cleaning out of the Hungarian jews escaped the notice of the International Red Cross delegation in Budapest, which was deeply involved in jewish affairs. The evidence for all of this, presented to us by the U.S. government, consist of documents whose authenticity is proved by the endorsements of jewish policy specialists Wagner and von Thadden, who are also incriminated by the documents. However, the U.S. government did not prosecute Wagner and von Thadden in the Wilhelmstrasse Case, where the indictments were in the hands of a lifelong “Nazi”-hater (Kempner) and where an American lawyer had exposed the evidence as coerced, just as he did in a regular U.S. legal proceeding in Washington where Kempner was involved.

The U.S. government also failed, despite all of its talk in 1944, to interfere in any way with, or even make photographs of, these alleged events at Auschwitz.

Can anybody believe such a story?

With these preliminary remarks, therefore, I invite your study of the hoax of your century.