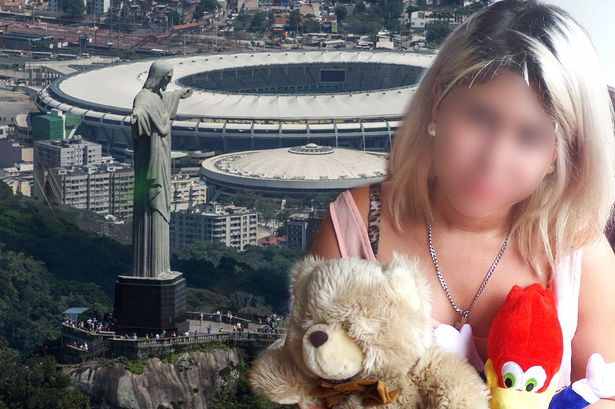 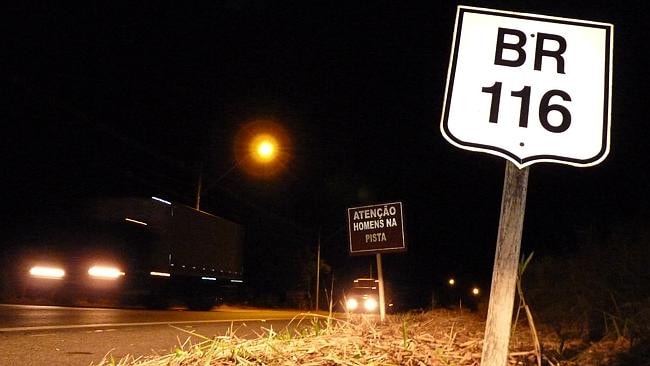 ON A bend on one of Brazil’s longest highways only a 50-minute drive from Rio de Janeiro’s Olympic village, girls as young as nine are selling their bodies to truck drivers for money.

Just a few kilometres from the glittering new stadiums where the world’s elite athletes are gathering to battle it out for Olympic gold, is a shabby world of poverty, violence and child exploitation.

The BR-116 runs for 4600km between the World Cup stadium host city Fortaleza in the far north of Brazil to Brazil’s largest city Sao Paulo, where the Arena de Corinthians will stage Olympic soccer games in the south.

The road is nicknamed the Highway of Death (Rodovia da Morte) for its mortality rate due to many accidents and unstable weather and conditions along the route.

But its real misery occurs at 262 truck stops along its way, where female children are sold for sex often by their own families, sometimes as part of a town’s unofficial bartering system.

As more than 10,000 athletes and spectators fly in from around the world for the $10 billion 2016 summer Olympics, local activists are drawing attention to the reality of the young girls drawn into a life of prostitution and drug addiction. 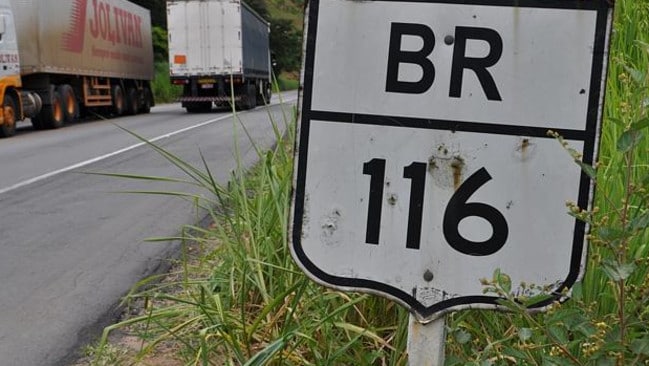 The child sex trade along the BR-116 brings misery into the lives of young Brazilian girls. Picture: Matt RoperSource:Supplied 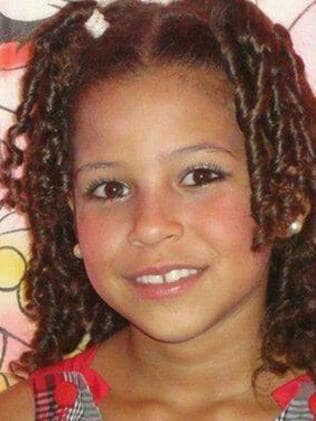 Emilly, who was taken from her family and raped and murdered in 2014. Picture: MeninadancaSource:Supplied 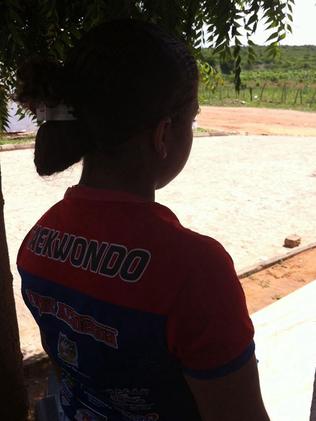 Jessica, 13, was kidnapped and forced to have sex with a truck driver. Picture: MeninadancaSource:Supplied

At Meninadanca, an organisation established to stop the exploitation of at-risk girls in towns along the BR-116, the real life stories are mind blowing.

When a Meninadanca team visited the remote town of Candido Sales, which is bisected by the BR-116, they discovered that underage girls in the town were regularly offered to men as prizes in raffles.

Trucks and heavy goods vehicles clog the road lined with bars and brothels through the town, just metres away from the dirt brick homes where Brazilian families live in poverty.

Sex trafficking gangs target the town and poor families are vulnerable to offers of money for their little girls.

But even the Meninadanca workers were surprised when a town council psychologist told them raffles were held regularly with the winning ticket holder’s prize being the right to abuse a particular girl being sold.

The psychologist Gleyce Farias said “Candido Sales is a small town, but every day we hear of another girl who has been sold.

“I had to stop a mother from allowing her 12-year-old daughter to ‘marry’ a 60-year-old man, for money of course. Leidiane, 11, worked on the BR-116 highway but became addicted to crack and couldn’t be saved. Picture: Matt Roper.Source:Supplied 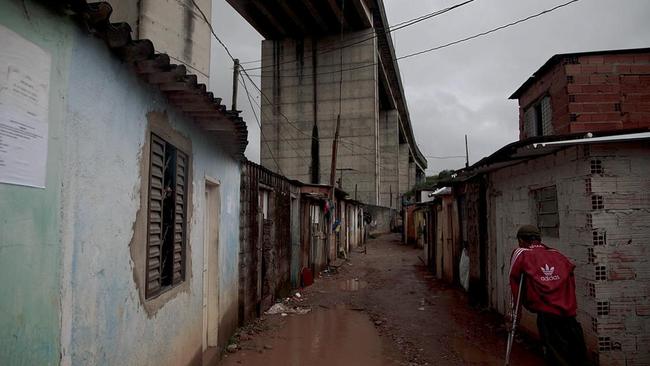 Child prostitutes as young as 11 work in this slum which lines the fence of the 2016 Olympic football stadium in Sao Paulo. Picture: Jota RoxoSource:Supplied

“Another 13-year-old girl ended up in hospital because of the abuses she suffered. She told us how from the age of nine she was made to watch pornographic films, and men would pay her to touch them.”

As the August 5 Rio Olympics opening ceremony draws near, Meninadanca is attempting to lure the world media’s attention away from the excitement of the games to the confronting scenes beyond.

Matt Roper, a journalist and author, has held a walk of the BR-116 andMeninadanca’s Facebook page has an “adopt a kilometre”program on me for each section of the highway to raise money for the non-government organisation.

As the final preparations are made on Rio’s 32 sporting venues, and last minute concerns centre on the Zika virus, Russia’s doping ban and pollution at the Guanabara Bay sailing ground, Meninadanca is tying pink ribbons along the highway.

Roper has helped establish ‘pink house’ refuges for girls rescued from the highway, although he admits many times it is too late. 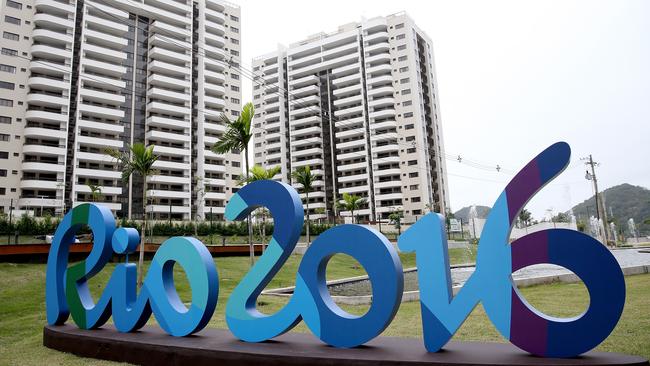 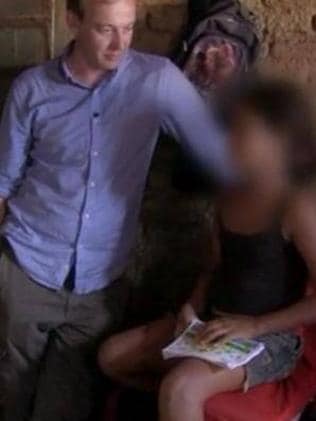 Rebeca and Milena (pictured) were saved from a life of prostitution by Brazil’s Pink House. Picture: Matt RoperSource:Supplied

In the case of 12-year-old Jessica, from a small town on the BR-116 in northeastern Brazil, was drugged by a female pimp at a party and kidnapped in a truck.

Taken with another young girl off to the northern coastal town of Fortaleza, Jessica was forced to “pay” for the trip by having sex with the truck driver.

In exchange for food, the girls were forced to sell themselves to tourists on Fortaleza’s beaches.

The pimp only took them back home after Jessica’s desperate family made phone calls, but the woman went unpunished.

It was a different case for a nine-year-old called Emilly, who was taken from her family and raped and murdered in 2014.

Roper and Meninadanca took up the murder case after they learnt that the accused had been acquitted on a similar charge just days before Emilly’s death.

The Pink House held public protests and the man was eventually tried and sentenced to 25 years in prison. The Arena Corinthians in Sao Paulo where Olympic soccer will take place not far from the highway where underage girls work as prostitutes. Picture: Alexandre BreveglieriSource:Supplied The town of Candido Sales (above) where young girls were auctioned off is now being saved by the establishment of a Pink House refuge. Picture: Matt Roper.Source:Supplied

During the 2015 World Cup soccer in Brazil, which was a forerunner for the football venues in the 2016 Games, Roper and fellow Pink House activists found young girls selling their bodies in streets just metres away from the showpiece World Cup stadium in Fortaleza.

“The venue is just half a mile away from the BR-116 highway, and in the middle of a destitute area where vulnerable children have seen nothing of the stadium’s $330 million cost,” Meninadanca said in a media release.

“Fans should enjoy (the football) but they should also know of the injustices and abuses being suffered by this country’s children.

“Most of all, of the BR-116, where thousands of girls are trapped in a nightmare of abuse and exploitation a long way from the crowds and TV cameras.”

In another tragic case, Ana Flavia, an 11-year-old who had fallen into prostitution, was picked up by a truck driver whose distraction with the young girl in his cabin results in him crashing into a heavy goods vehicle on the BR-116. 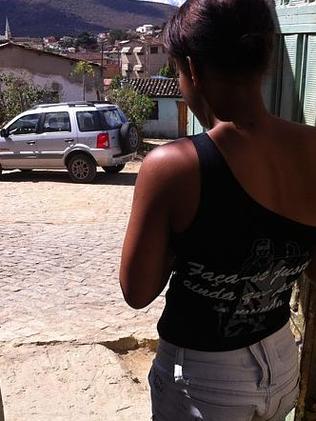 By the age of 13, Lilian (above) had been sold to truck drivers by her mother for $4 a time. Picture: Matt Roper.Source:Supplied 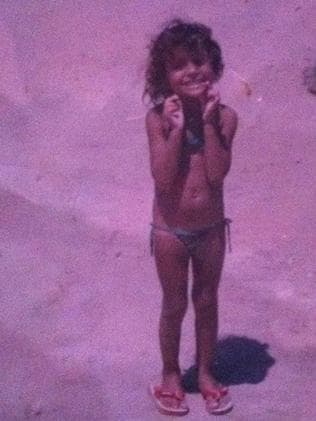 Ana Flavia, aged five in the only photo her mother still has, was working an 11-year-old prostitute when she died. Picture: Meninadanca.Source:Supplied

The little girl was trapped in the wreckage and the driver ran off, leaving Ana Flavia to die at the scene. The driver still plies the highway in his truck.

The Meninadanca Pink House group has reached out to girls, but is not always successful in saving them.

By the age of 13, Lilian had been sold to truck drivers by her mother, handed to neighbours in exchange for cigarettes, and sold by family members for $4 a time.

She moved in with a 30-year-old man who held her captive and beat her up.

The sad girl told Meninadanca she dreamt of being a lawyer when she grew up so she could “do justice”, but was being beaten and abused daily by her “husband”.

Matt Roper has written three books of harrowing tales about the girls along BR-116:Highway to Hell, Remember Me rescue Me and Street Girls. The dirt poor town of Salgueiro, Brazil where young girls are taken from the streets to the big cities for prostitution. Picture: Matt RoperSource:Supplied 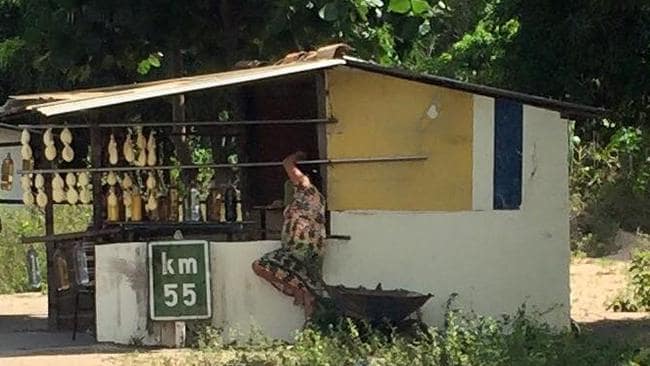 A section of the 4600km highway along which has 262 truck stops where girls as a young as nine sell their bodies. Picture: MeninadancaSource:Supplied A police officer talks with staff from the Pink House which regularly reports child sex exploitation of young girls in Brazil. Picture: MeninadancaSource:Supplied

Three years ago, Roper retold the sad tale of Leidiane, a skinny 11-year-old whose parents send her out each night to the highway near Governador Valadares, 600km north of Rio de Janeiro.

Wearing a skimpy sun dress to sell her body to truck drivers for $12 so her family could eat.

Encountering her on the highway, Roper could still see the innocent little girl in Leidiane, despite the fact she was selling herself amid the dust and the diesel fumes.

She told him that sometimes, when they’d finished with her, the truckies would push her out the long drop down from the cabs of their car-carriers or semi-trailers. 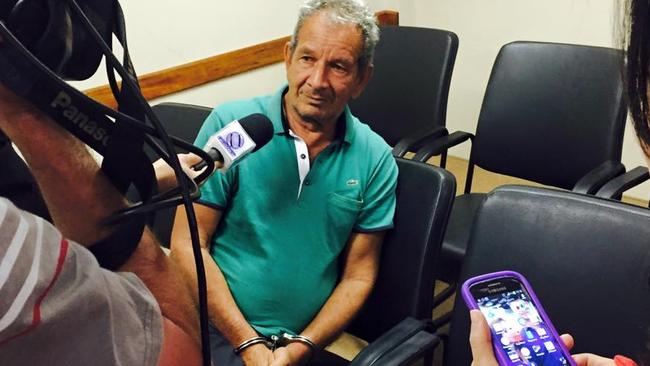 Handcuffed following his arrest Joel Cruz, the former mayor of Taiobeiras, Brazil and a wealthy landowner who auctioned off a 12-year-old virgin girl in his town. Picture: MeninadancaSource:Supplied 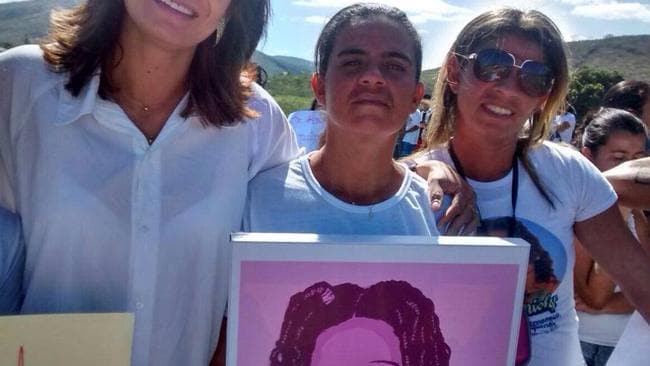 When Roper returned to Governador Valadares, he took the time to track down Leidiane who by then was 12 years old and a crack addict.

The innocence she had projected during their highway meeting was gone.

When he refused her request for money, arguing she would only spend it on more crack, Leidiane became sullen and angry.

Meninadanca is now establishing a new Pink House in Candido Sales to combat the local practice of raffling girls off for money, and have a sponsorship and donation program on their website for anyone wanting to help rescue young girls in Brazil.