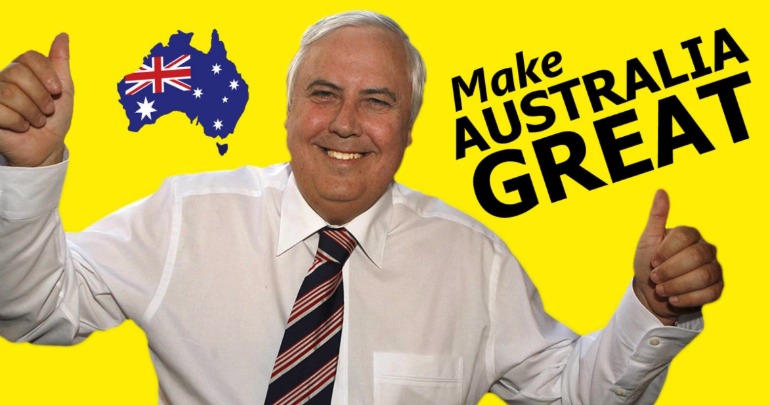 The federal leader of the United Australia Party, Mr Clive Palmer today labelled Bill Shorten a hypocrite, after it was revealed Labor had put the UAP second on its how to vote cards in two Tasmanian seats.

The United Australia Party has seen a surge in support following the dissastisfaction with the political system and the constant infighting of the Liberal & Labor politicans who have not Put Australia First when it comes to a vision or a plan for our nations future.

Federal Leader Clive Palmer has been described as the “Kingmaker” and you will hear his speech and vision for the future.

With candidates in all 151 lower house seats and also the Senate, we can, and we will take government at the next election.

It’s time for real change, so join us as we officially launch our 2019 Federal Election Campaign.

One thought on “The United Australia Party Federal Election Launch”