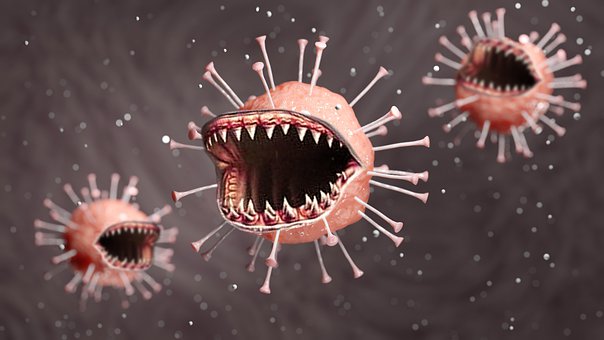 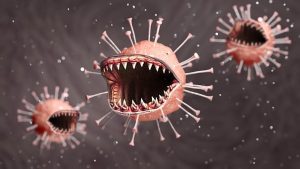 I can’t recall jumping through more hoops in order to set up an interview.

There was a man on a train; his doctor in Greenwich; an NSA data analyst; a woman who almost certainly works for the CIA; her brother, who is a virologist; a Chinese Army officer who adopts a cover as a cook in a takeout joint in Venice, California; and several other people I won’t mention at all. I was filtered through them and wound up in a cheap motel room in Phoenix on a Saturday afternoon. An old air conditioner was chugging…

Talking history and evolution here. My first memories; a little more than a year ago. Poof. I was there. I decided I was an idea in the mind of God.

How did that work out?

I looked around for the mind of God, but I couldn’t find it. Nevertheless, I held on to the notion. I felt…elite. I floated through banquet halls, hotel suites. I visited upscale resorts.

Were you infecting people?

I was vacationing. Watching. Enjoying. That’s all. Then, I became aware of dimensionality.

There are solid things; spaces between things; ideas like time, and so forth. I was definitely an idea, but I couldn’t trace my source, my inception.

Did you know how much publicity you were getting?

Of course. I had frequent meetings with scientists and PR people. I was fielding lots of advice.

What kind of advice?

How to become more deadly, for example. There were discussions about mutation.

Were you on board with the recommendations?

That must have caused a problem.

It did. There was a lot of talk about THEM creating ME.

What was your reaction?

I wasn’t buying it. I could see they THOUGHT they had made me. But so what? I intensified my search.

My origin. I went through stages of self-analysis. Finally, it hit me. I was an idea inside a collective.

Not sure I understand.

What about your genetic sequence? The spike protein?

Believe me, I’ve looked. They aren’t there.

So we’re creating you.

That’s pretty much it. I should say completely it.

A hell of a thing.

You bet. Can you see my problem?

I want to live. I don’t want to vanish and END.

So people have to keep believing in you.

Oh, they’ve given up talking to me. I’m all by myself now. I’m safe for the moment. But long-term, it’s a crap shoot. I’ve been reading about other so-called viruses. SARS 1. Swine Flu. They didn’t last long. People got tired of thinking about them.

You’ll always have a place in history.

That’s different. Being remembered isn’t enough. I have to be believed in, month after month, year after year, decade after decade.

I guess so. It’s a strange existence. Other people can turn you on and off like a light switch.

Have you considered starting a religion?

With myself as the Prophet? Sure. It’s a lot of work. I could vftcutbnty…spend years trying.

What just happened? You made some weird sounds.

It was a flicker. Apparently, when the number of people thinking about me drops below a certain threshold, I scramble and begin to dissolve. But I always come back. So far.

Does it matter who’s thinking about you and believing in you?

You mean Henry Kissinger versus a janitor in a school? No. It’s a numbers game. Of course, you need to factor in strength of belief. If you have a few thousand kids in Florida who say, “OK, the virus exists, big deal”—or three hundred grad students in biology wearing triple masks and panting to get the vaccine—the sum total of the grad students outweighs the Florida bunch.

He’s completely delusional. He believes in whatever gives him more power. Take away all that power and he wouldn’t believe in anything.

Do you realize the amount of harm being done in your name?

Of course. That’s why I agreed to this interview.

How is that going to do any good?

I’ve made a decision. As much as I want to survive, I’m willing to sacrifice myself if people want me to.

You’re talking about what? A vote?

No. Haven’t you been paying attention? People can just stop believing I’m more than an idea.

And then you’ll dissolve.

—Suddenly, men broke down the door to my room. They stormed in with weapons drawn. They were wearing heavy body armor. I looked around. The “virus” had fled the scene.

“What are you doing here?” one of the men said. “We’ve had reports of a disturbance.”

“I was talking to myself. Rehearsing for an interview I hope to do.”

“I’m a reporter. I’m investigating the use of sub-standard air conditioners in Phoenix. It’s a racket. The units are smuggled across the border from Mexico. I’m trying to sit down with a local public health official and find out what’s going on.”

It took me three hours to convince the SWAT team I was no threat.

They let me go.

As I drove out of the city, I saw a ghostly figure take shape out in the desert. It hung in the air over the scrub and the cactus.

Its voice whispered in my ear: “Publish our conversation.”

So that’s what I’m doing.