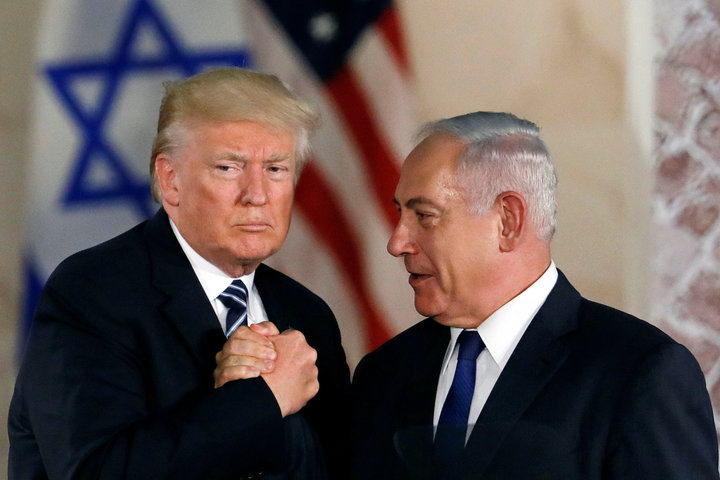 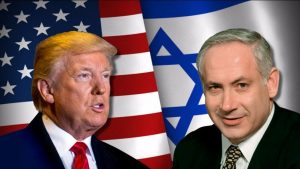 Israeli Prime Minister Binyamin Netanyahu, who is apparently now close to being indicted for corruption, is becoming increasingly desperate to cover up his alleged financial criminality. His strategy to deflect attention is to conspire with the Trump family for the US to collaborate in changing the status of Jerusalem from an ‘international city affording access to all faiths’, to being the political capital of Israel.

It is also alleged that he is colluding with the White House in making preparations for Israeli forces to attack Iran, presumably together with US troops and American F-35 strike aircraft. That would be a catastrophic political and military error that would have dire consequences for both the Middle East and Europe.

“Counter-intuitive though it may be to Israeli and most Western minds, Israel, not its Islamic enemies .. is the aggressor in these .. wars”

As for the US shift on the status of Jerusalem, Donald Trump has been given specific warnings by France and many other countries of both the East and West, that to change the status of the Holy City to the political capital of the Israeli state would be a disastrous mistake and a decision that would be immediately designated as illegal by the international community as, indeed, are the existing Israeli settlements in East Jerusalem which are currently a violation of international law.

Netanyahu and Trump are playing with fire, and unless stopped, the flames could tragically burn us all.

Opinion: The US-Israeli Gang of Trump, Netanyahu and Kushner

Not satisfied with rigging the election of the presidency of the world’s super- state, the Trump and Netanyahu families now intend to manipulate global politics to suit their own agendas.

Those agendas include control of Middle East oil/gas reserves, the building up of nuclear weapon arsenals in both the US and Israel and the isolation of the European Union in terms of international trade and influence.

They intend to accomplish this by the deployment of hundreds of nuclear-armed, F-35 strike aircraft: the use of the US veto in the Security Council and the weakening of the authority of the United Nations. This will be achieved by the cutting-off of funds to all UN departments and the increase in the numbers and deployment of US forces in Israel and other key strategic sites around the world in order to reinforce American domination of world affairs. That is the agenda – the reality will be somewhat different.

The American president will be impeached, various family members will be prosecuted for offences against the state and for endangering national security and the Israeli prime minister will be indicted and imprisoned for bribery and corruption.

As for Saudi Arabia, there will be a revolution that will reverberate throughout the Middle East as a popular uprising will consign the House of Saud to history. That will uncover a multitude of secret deals between the previous regime and various Western governments, including the United Kingdom and America that were designed to bolster the status quo ante to their own political advantage.

Then Russia, China, Iran, Syria, Egypt and probably Turkey will make their play. And Trump, Netanyahu and their respective families will be just history.