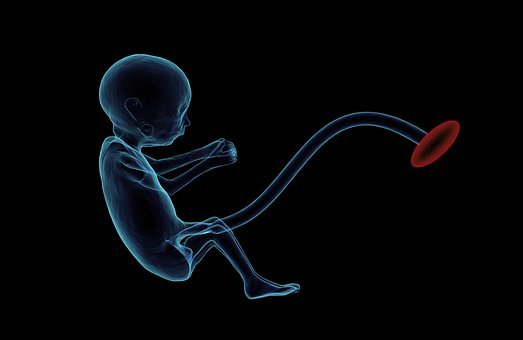 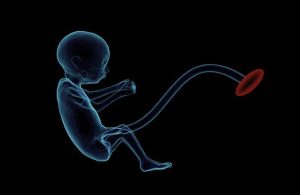 With the release of COVID vaccines, and then the mandates, we’ve seen a new resurgence of people attempting to gain religious exemptions.

Many of these attempts focus on fetal tissue obtained through abortion.

Cardinalli details the collection of fetal tissue for the cell line named HEK 293. This cell line was used for “testing” the Moderna and Pfizer vaccines.

Cardinalli writes: “We know that the Pfizer and Moderna vaccines do not use any cells derived from abortion in the production process. That is, we know that we are not being directly injected with fetal cells or their engineered descendants (though this fact differs with other manufacturers). We hear that the abortion-derived cell lines were only used in testing, which should somehow comfort us, though it still means that the vaccines from which we seek to benefit depend on the involvement of abortion. We are told that the cell line used in testing came from one abortion, which took place decades ago. These things are all true, but they do not serve to inform us fully.”

“What we may not know follows. The most prominent cell line, called HEK 293, comes from an abortion performed in the 1970’s. It’s labeled 293 because that’s how many experimental attempts the researchers needed to get a working cell line. Therefore, though the abortion-to-experiment ratio is not precisely one-to-one, hundreds of abortions went into the project, even if they didn’t result in the working line.”

“HEK stands for human embryonic kidney. To harvest a viable embryonic kidney for this purpose, sufficiently healthy children old enough to have adequately-developed kidneys must be removed from the womb, alive, typically by cesarean section, and have their kidneys cut out. This must take place without anesthesia for the child, which [anesthesia] would lessen the viability of the organs. Instead of being held, rocked, and comforted in the time intervening between their birth and their death, they have organs cut out of them alive.”

“There is no way that a spontaneous abortion could result in the cell line (as the kidneys cannot remain viable past the brief window in which they must be harvested) or that some brilliant researcher found a way for great good to come out of a rare tragedy by making use of a child’s body donated to science after it was aborted. The deliberate killing of an unwanted child (a little girl, in the case of HEK 293) took place in the tortuous manner it did precisely to obtain her organs for research. The harvest of her organs was the direct cause of her death, prior to which, she was a living child, outside the womb.”

“Similar to the human rights abuses exposed by international tribunal in today’s China, where unwanted individuals such as religious and political dissidents are executed by the harvest of their organs for profit, the little girl whose cells gave rise to the COVID-19 vaccines was brutally sacrificed for the purpose, as were all the children whose cell lines failed before her.”

If Cardinalli is correct in her analysis, not only is the granting of religious exemptions a foregone conclusion; the whole field of fetal tissue research, going back many years and involving many pharmaceutical products should be put on trial.

I hope many medical professionals will take Cardinalli’s article as a springboard, and weigh in on what she is very clearly stating.

And not just doctors. All people who are shocked by her conclusions.

So far, I see two counter-claims to Cardinalli’s assertions.

One: In the fetal cell line HEK 293, the number does not stand for the number of live-birth abortions performed, in order to obtain a functioning cell line. The number 293 refers to the number of “passages” of the one cell line obtained from one abortion. This difference doesn’t concern me. It’s not central to the fact of murdering babies. And of course, many such live abortions are performed all over the world with the goal of obtaining cells lines for research.

Two: Cardinalli’s claim that the kidneys of the aborted baby must be harvested very quickly is false. The kidneys can survive for a longer period.

On that score, I refer you to a devastating video interview conducted by Robert Kennedy Jr. His guest was SOUND CHOICE PHARMACEUTICAL INSTITUTE “President and Founder, Dr. Theresa Deisher Ph.D., [with] over 30 years of pharmaceutical research and leadership experience. She discovered adult cardiac derived stem cells, has worked on their therapeutic uses as an alternative to human fetal DNA, and leads a team of scientists at AVM Biotechnology dedicated to changing what a diagnosis of cancer, autoimmunity, or chronic infectious disease means to patients and their loved ones. As a result of this work, Dr. Deisher is named as an inventor on over 47 patents.”

In the first 15 minutes of the interview, Deisher makes it quite clear that infants in the womb are taken out alive, with their blood supply functioning (essential) and then killed by cutting out their hearts or their brains. This is what is done in order to obtain tissue that will be turned into fetal cell lines.

Since this act of murder is standard practice, it would appear it was committed against the live baby whose kidney cells became cell line HEK 293, used in testing the COVID vaccines. (More evidence coming in future articles.)

At the top of the interview, Kennedy said he didn’t want to get into the moral aspect of fetal cell lines. But after listening to Deisher, he was shaken. He said so. He said they would have to cover the moral aspect.

The whole world has to.