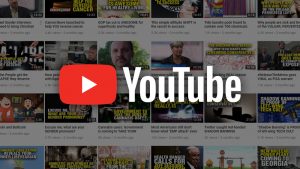 Not content to stop at banning videos, YouTube has decided to add “fact checks” and quotes to videos on topics that it feels are controversial, and the MMR vaccine is one of them.

Last month, the video sharing platform started placing a blurb of text beneath certain videos offering viewers a “scientific” explanation. For example, the text placed underneath some videos about climate change is taken from a Wikipedia entry on global warming and reads: ”Multiple lines of scientific evidence shows that the climate system is warming.” They’re also questioning sources, with a series of climate videos posted by the RT news site containing a description from Wikipedia about the publisher that says: ”RT is funded in whole or in part by the Russian government.”

The move comes after YouTube announced this spring that it will place descriptions taken from Encyclopedia Britannica and Wikipedia alongside videos about topics that tend to attract conspiracy theories, such as the Oklahoma City bombing and the moon landing. Although YouTube has not shared a full list of topics that will be given this treatment, some of the topics identified in a post to its administrators include global warming, Dulce Base, the Federal Emergency Management Agency, the Kecksburg UFO incident, the 1980 Camarate air accident, and the MMR vaccine.

The company has not notified the users who originally uploaded the videos in question that they will bear these propaganda messages. It is not clear why YouTube is lumping the MMR vaccine’s proven link to autism in the same category as conspiracy theories, but given their track record, politics almost certainly played a big role.

He said: “Despite claiming to be a public forum and a platform open to all, YouTube is clearly a left-wing organization. This is just another mistake in a long line of giant missteps that erodes America’s trust in Big Tech, much like what has already happened with the mainstream news media.”

Others have expressed surprise that these blurbs are showing up on videos that are about science rather than conspiracies. YouTube says that even more videos will receive the labels in the months to come and that it is using an algorithm rather than people to determine which videos will be given the blurbs.

Right now, they are only visible to viewers in the U.S., and they are expected to be rolled out gradually. YouTube will be keeping track of how often viewers click on the blurb, which will link back to the original source.

People are growing increasingly fed up with YouTube’s attempts to control the narrative and influence what people believe by silencing views that oppose their own. This month, they came under fire for banning right-wing host Alex Jones’s channel, which was just the latest in a long string of moves against videos on topics like vaccines, climate change, natural health and guns.

If you’re looking for a place to post or watch videos without YouTube insulting your intelligence or controlling what you read and share, the free-speech alternative REAL.video is the place to go. With more than 300 new channels joining the platform each day and 1.5 million minutes of video served each week, it provides a destination for people who value freedom to discuss all manner of topics that are unwelcome elsewhere. Best of all, there is no user tracking, shadow banning, or long ads to sit through. As great and fair alternatives like this gain in popularity, one can only hope that YouTube’s reach will shorten dramatically.