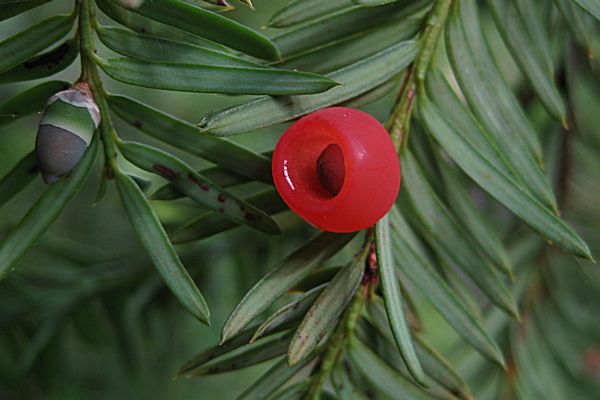 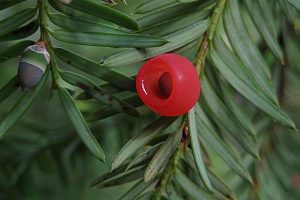 Around 70 percent of all new drugs introduced in the United States in the past 25 years have been derived from natural products, reports a study published in the March 23 issue of the Journal of Natural Products. The findings show that despite increasingly sophisticated techniques to design medications in the lab, Mother Nature is still the best drug designer.

Co-author Dr. Gordon Cragg says that one of the best examples can be found in taxol, one of the strongest cancer drugs on the market.

“Taxol came from the bark of the Pacific Yew tree. The USDA in a random collection in 1962 did the first collections in Washington State,” Cragg said in a 2004 statement. “After decades, this produced one of the best anticancer drugs available.”

Overall, say the researchers, “half of all anti-cancer drugs introduced since the 1940s are either natural products or medicines derived directly from natural products.”

Despite this success, Newman says that few American firms are examining natural products for drug sources.

“Wyeth and Merck are the only two U.S. manufacturers of that size that still use natural products as one of their sources to look for drugs,” Reuters quoted Newman as saying.

NCI’s Drug Discovery Program began in 1955, initially collecting plants in the United States, Mexico, Canada, and parts of Africa and Europe, before expanding in tropical regions in 1986.

Newman and Cragg note that while random sampling can uncover some drugs, working with native healers, who use medicinal plants on a regular basis, is especially effective. For example, a 1990s study in Samoa found that 86 percent of the plants used by local healers yielded biological activity in humans. Other insights can be gained by observing which plants avoid predation and what plants are eaten by non-herbivorous animals.

Anti-HIV drug from rainforest almost lost before its discovery September 13, 2005

Rainforest plants have long been recognized for their potential to provide healing compounds. Indigenous peoples of the rainforest have used medicinal plants for treating a wide variety of health conditions, while western pharmacologists have derived a number of drugs from such plants. However, as forests around the world continue to fall—the Amazon alone has lost more than 200,000 square miles of forest since the 1970s—there is a real risk that pharmaceutically-useful plants will disappear before they are examined for their chemical properties. Increasingly, it is becoming a race against time to collect and screen plants before their native habitats are destroyed. One near miss occurred recently with a compound that has shown significant anti-HIV effects.
Medicinal powers of plants explored at San Francisco Conservatory of Flowers September 6, 2005

Plants have long been used by humans for treating a wide range of ills, from childhood leukemia to hangovers. Indeed, many of the pharmaceuticals currently available to Western doctors have a long history of use as herbal remedies, including quinine, opium, aspirin, and coca. Many of the most promising plants are found in the world’s tropical rainforests which house perhaps 50 percent of the biodiversity on the planet. These ecosystems are increasingly threatened by deforestation, and examining these forests before they are further destroyed has become a top priority for pharmacologists.
How did rainforest shamans gain their boundless knowledge on medicinal plants? The short answer—no one really knows May 14, 2005

Ethnobotanists, people who study the relationship between plants and people, have long been aware that rainforest dwellers have an astounding knowledge of medicinal plants. For thousands of years, indigenous groups have used rainforest plants extensively for their health needs—the peoples of Southeast Asian forests used 6,500 species, while Northwest Amazonian forest dwellers used 1,300 species for medicinal purposes. Today pharmacologists and ethnobotanists work with native healers and shamans in identifying prospects for development of new drugs.

Shamans and Robots: Bridging the Past and Future of Ethnobotany and Bioprospecting April 25, 2005

Since very early in human history, people have relied on medicinal plants to cure them of their various ills. Ethnobotany is the study of plant lore and agricultural customs of a people and is progressively being explored by pharmacologists for the development of drugs. Given their extensive range of knowledge of medicinal plants, indigenous people have traditionally been the ultimate resource for retrieving this information for purposes of application to modern medicine—the medicinal value of plants is very significant—and no more so than today. Tropical rainforests are particularly endowed with plants possessing curative properties. These richly biodiverse environments provide a veritable trove of flora containing compounds of medicinal value, which indigenous people have utilized and benefited from for centuries.

Coral, Coiba and the Next Big Thing. Bioprospecting in Panama April 20, 2005

The largest island off the Central American Pacific coast may be hiding big secrets in its reefs, among them a possible cure for malaria. Coiba, an island 12 miles off the coast of Panama and once a notorious penal colony, is poised on the brink of transition and transformation. The 10-mile wide and 30-mile long island possesses a unique ecology that may host potential drugs for treating numerous ills. The future of Coiba depends on how its resources are managed by the government.

Medicinal plants from the rainforest

Plants have broader uses than as just food and a genetic reservoir. Increasingly, rainforest plants, and to a lesser extent rainforest animals, are the source of compounds useful for medicinal purposes. The rainforest has been called the ultimate chemical laboratory with each rainforest species experimenting with various chemical defenses to ensure survival in the harsh world of natural selection. They have been synthesizing these compounds for millions of years to protect against predators, infection, pests, and disease. This makes rainforest species an excellent reservoir of medicines and chemical templates with which researchers can create new drugs.