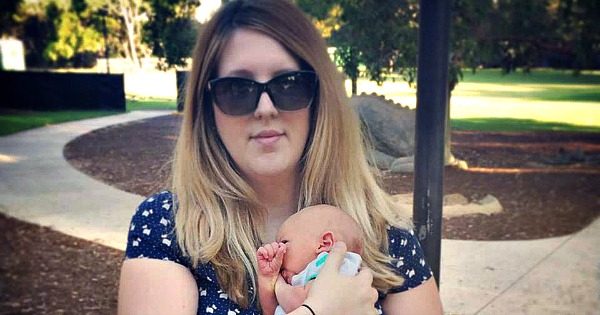 In what has been an almost three year long mystery, Catherine Hughes of Light for Riley, has finally revealed who she believes Riley caught Whooping Cough from.  Well … sort of … and of course, not before the federal parliament and three state parliaments passed legislation abolishing the right to conscientiously object to vaccination for the purpose of eligibility to childcare subsidies and enrolment in childcare services respectively.

It was widely reported in 2015 that the Western Australian Health Department had implemented a time-limited pregnancy Whooping Cough vaccination program, purportedly as a direct result of the death of Riley Hughes.  However, as I reported recently, that vaccination program was instigated by the department’s Dr. Paul Effler, at least four days before Riley died, and not as a result of his death.  In this respect, members of the general public have been comprehensively misled.  This is not acceptable, and, at the very least, should be the subject of a parliamentary inquiry.

The culprit revealed in a transparent attempt at reputation management

On March 01 2018, all-knowing, citizen epidemiologist/coroner, Hughes, made a post on the Light for Riley Facebook page, which, amongst other things revealed that she believes an adult dunnit.

I want to make it clear that I don’t blame them [so-called anti-vaxers] for Riley’s death in any way. His death had everything to do with an under-vaccinated adult population, a vaccine that wears off too quickly, and being in the wrong place at the wrong time.

I wonder why Catherine (or Greg) Hughes didn’t feel the need to make this clear previously … like nearly three years ago?  How very convenient.

Why have multiple politicians been misled into believing that Riley’s death was as a result of low vaccination rates in children?

Why did Catherine Hughes recently dehumanise unvaccinated children by reducing them to a label of disease carrier if she believes an adult dunnit?

In this context, her recent post distancing herself from blaming innocent children should be seen for what it is: a transparent exercise in reputation management.  She would have become aware in recent times that the extremist ideology of industry lobby and hate group, Stop the Australian Vaccination Network, of which she is a long-term member, is not shared by most pro-vaccination advocates, nor most rational members of the general public.  It is an attempt by her to appear more moderate, notwithstanding she is still pointing the finger of blame at others, just not innocent children now, which I must say is only a marginal improvement.

Fellow all-knowing, citizen epidemiologist/coroner, Toni McCaffery, told the Prime Minister in March 2017, that with respect to the death of Dana, a child at their older daughter’s childcare centre dunnit.  This totally contradicts what she stated on Facebook on 31 July 2010.

We have never blamed any person for Dana’s death.  We are all innocent victims in this.

What a difference seven years makes.

The Hughes and McCafferys have effectively covered the field in terms of blame-worthy sub-populations.  Nice.  The vaccine manufacturers will again be rubbing their hands with glee.

Toni and David McCaffery have been industry lobbyists for Sanofi-Pasteur, the manufacturer of both paediatric and adult Diphtheria, Tetanus, and Pertussis trivalent vaccines.  Sanofi-Pasteur, the manufacturer of Adacel, an adult dTpa vaccine, was one of two major beneficiaries of the fraudulent Whooping Cough’cocooning’ programs funded by taxpayers in most states of Australia, between 2009 and 2012.

As I reported recently, none of us could have been prepared for the onslaught of hatred that flowed from the Light for Riley campaign.  For example, how could anyone forget Claire Harvey’s hit opinion piece in which she accused the unvaccinated of killing Riley Hughes.

All the while this was going on, Catherine and Greg Hughes remained silent, permitting their child’s death to be used by Harvey and others, and to usher in coercive vaccine laws.  By failing to publicly denounce  that vile opinion piece, both Catherine and Greg Hughes (father of Riley) tacitly endorsed Harvey’s unfounded accusations and use of Riley’s death to attack parents who hold concerns about the safety and effectiveness of vaccines.

Arguably, Harvey’s despicable opinion piece was actually incited by Greg Hughes himself.  A public post by Greg Hughes, two days before Riley’s death, set the climate for the vicious campaign which was to follow.

Criticism is not harassment

For those considering writing to me alleging that I am harassing grieving families, please don’t bother.  I will not publish your comments, nor reply to them.  The only time I would consider editing a post is if it contained factual errors, so if you can identify any, please let me know.

I have the utmost sympathy for anyone who has a lost a child, whether that be from a vaccine, or natural causes, such as whooping cough.  However, criticism of anti-freedom campaigners, such as the Hughes and McCafferys, on my own, or other forums whose owners share similar beliefs, is not harassment, no matter how much sleazy, dishonest bloggers like Reasonable Hank, may try to spin it.

These people are taking away our rights by dishonest means (grooming politicians with false and misleading claims), and I and others will not be bullied into silence.  They are not just lobbying for awareness as they used to claim.  They are also active participants in the dehumanisation agenda perfected by industry lobby and hate group, Stop the Australian Vaccination Network, as well as Northern Rivers Vaccination Supporters.

It’s called freedom of speech against public figures who have a very sinister agenda.  If you don’t like it, move to North Korea or China, where you should fit right into those countries’ cradle-to-grave social engineering and censorship.  Either that, or get over your righteousness and enormous sense of entitlement to censor the opinions of others.