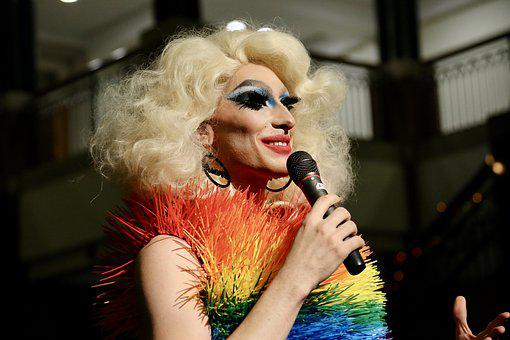 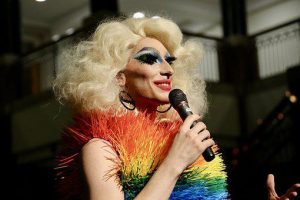 Anyone who opposes children being exposed to naked adult men or explicit sexual displays needs to publicly condemn the ‘pride’ parade, including the organizers, attendees, and those in the media who openly defend this depravity.

Every “pride” month, progressive politicians flock to the LGBT events to bow the knee and assure their cultural masters of their undying support, clutching at the cultural capital accrued by the sexual revolutionaries and sneering at the squares who decline to participate. In Canada, attending “pride” parades has become a litmus for politicians, with Liberals from the governing party scampering amongst the leather dudes, bondage fetishists, and nudists in full view of the cameras.

There are many reasons for people of faith and common sense to decline participation in “pride” month, but rather than simply offering our standard replies, I believe that this is an issue where conservatives should go on the offensive. These carnivals of lewdness, after all, have very little to do with what your views on marriage or other aspects of the LGBT agenda and everything to do with whether you think the sort of sexual exhibitionism on display is tasteful or appropriate.

I often think of a scathing satire column published in The Onion back in 2001—a column that would never be published now—titled “Gay-Pride Parade Sets Mainstream Acceptance of Gays Back 50 Years”:

The mainstream acceptance of gays and lesbians, a hard-won civil-rights victory gained through decades of struggle against prejudice and discrimination, was set back at least 50 years Saturday in the wake of the annual Los Angeles Gay Pride Parade.

I’d always thought gays were regular people, just like you and me, and that the stereotype of homosexuals as hedonistic, sex-crazed deviants was just a destructive myth,” said mother of four Hannah Jarrett, 41, mortified at the sight of 17 tanned and oiled boys cavorting in jock straps to a throbbing techno beat on a float shaped like an enormous phallus. “Boy, oh, boy, was I wrong.”

The parade, organized by the Los Angeles Gay And Lesbian And Bisexual And Transvestite And Transgender Alliance (LAGALABATATA), was intended to “promote acceptance, tolerance, and equality for the city’s gay community.” Just the opposite, however, was accomplished, as the event confirmed the worst fears of thousands of non-gay spectators, cementing in their minds a debauched and distorted image of gay life straight out of the most virulent right-wing hate literature.

If only mothers and fathers were still as horrified as the fictitious Hannah. Unfortunately, plenty of parents take their children to “pride” parades where, as I’ve detailed many times in this space, they are exposed to naked adults—something that is defended by Canada’s state broadcaster the CBC and mainstream newspapers like the Washington Post.

But when politicians and community leaders are pushed to pledge their allegiance to the “pride” flag, they should push back—hard. How, for example, can Justin Trudeau, or John Tory, or any of the trained seals in the Liberal cabinet defend a parade in which a completely naked man, wearing a Bugs Bunny mask, hops past children at the Toronto Pride Parade shaking his genitals? This is the parade that they demand politicians attend. Why do they not condemn or call out such behavior?

Anyone who opposes children being exposed to naked adult men or explicit sexual displays should publicly condemn the “pride” parade—the organizers, the attendees, those in the media who openly defend small children seeing men wave their genitals about—all of them. We should not be on the defensive when activists and politicians are doing in public what we would arrest them for doing in private. The next time Trudeau accuses his political opponents of not being appropriately prostrate before the “pride” movement, he should be asked that question: “Mr. Prime Minister, why do you support and patronize events where children are exposed to adult nudity?”