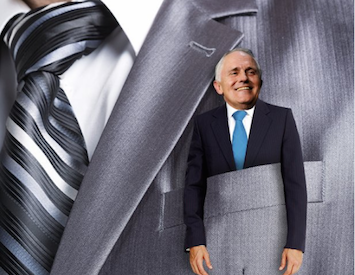 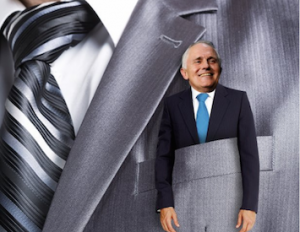 The Turnbull Government keeps finding fresh ways to rort Australia’s institutions to privilege its MPs and rich backers. Alan Austin continues the corruption count, which has now reached 90 instances — with no end in sight.

COULD ANY GOVERNMENT in the developed world possibly have a record as long and as shameful as this? Seven weeks ago, documented instances of corruption under the Coalition Government reached 75. It has now blown out to 90.

Nigel Hadgkiss resigned on Wednesday as boss of the Australian Building and Construction Commission (ABCC) after admitting he contravened the Fair Work Act in 2013 when he was heading up another fair work office.

He published material that falsified the rights of union officials on work sites and refused to correct the falsehoods when urged by colleagues.

Unions and the Opposition are demanding Turnbull sack Employment Minister Michaelia Cash over her appointing Hadgkiss to the ABCC in December 2016 when she knew of the allegations against him.

This is the second serious strike against Cash. She was censured – but should have been sacked – after buying another investment property last November which she failed to list on the pecuniary interests register. (Item 51, June 2017.)

Former Abbott Government minister Bruce Billson is under investigation for corruption following allegations he received undeclared payments from a business lobby group while still an MP.

Speaker Tony Smith supported the inquiry to determine either ‘corruption in the execution of a member’s office … [or] … lobbying for reward or consideration’.

Two members of a cell of allegedly corrupt Customs officers have been charged after raids targeting organised crime in Australia and Dubai.

The ABC has documents confirming customs officers passed information to members of a Sydney-based crime family for years, helping them smuggle cigarettes.

Just 11 retired politicians slugged taxpayers more than $130,000 in travel costs last year. Average for the 11 big spenders – most of whom have other well-paid jobs – is $11,900. All up, more than 60 ex-MPs claimed travel expenses last year.

82. Liberal links to the mob

Victoria’s corruption watchdog has been urged to investigate links between State Liberal leader Matthew Guy and an alleged mafia boss. The two were revealed to have shared a long evening together with others over an expensive meal.

After Matthew Guy was caught having lobster with a ‘mobster’ last week, IA examines the Calabrian links to the Liberal Party.

President of the Victorian branch of the Liberal Party, Michael Kroger, appears to have multiple conflicts of interest — as chairman of his party’s finance committee and as a paid commentator on Sky News offering analysis of the politics of the day.

He is in a brawl – which Crikey described as “a pitched battle” – with senior colleagues over control of the $70 million share portfolio in the Cormack Foundation. The president controlling the funds, they claim – correctly – is a bad look.

The Victorian branch has a sordid recent history with former executive Damien Mantach gaoled in 2015 for the theft of $1.5 million.

84. Another Liberal charged with theft

South Australian Liberal MP Troy Bell has resigned from the Liberal Party, but not the SA Parliament, after being charged with stealing hundreds of thousands of dollars of taxpayers’ money. This followed investigations by South Australia’s ICAC.

Evidence has emerged of money laundering on a monumental scale. A former adviser to Australia’s prudential regulator told The New Daily that the Commonwealth Bank was now “toxic” to the banking sector after more than 53,000 alleged breaches of the law.

The failure of the Turnbull Government to implement any effective investigation and ensure guilty executives are gaoled is profound corruption with damaging international consequences almost assured.

According to data supplied by the Federal Opposition, before the 2016 election, the Coalition Government spent $132 million on community development grants in NSW in Coalition seats and only $3.5 million in Labor-held electorates. In Queensland in the same period, Turnbull’s Government spent $138 million on grants in Coalition seats and just over $1 million in Labor-held seats. The Government disputes the figures, but not the fact of the disparity.

The Australian Securities and Investments Commission (ASIC) has evidence that federal Liberal MP Stuart Robert was unconstitutionally elected because of his links with a company awarded millions in government contracts.

The former minister – who was sacked for his dealings with foreign corporations (item 27, February 2016) – has refused to explain. Turnbull has taken no action.

The sidelined Federal Minister, Matt Canavan, first told the Australian people his dual citizenship was arranged by his mother when he was 26. Later, in court, he changed his story and admitted he had been an Italian citizen since aged two.

Which is true? Either way, there is no place in Australia for MPs with zero credibility.

Of course they did.

Nationals senator Matt Canavan and One Nation senator Malcolm Roberts have changed their tune regarding key details of their citizenship status.

Meanwhile, most wage earners have received pay rises at or below cost of living increases in recent years. Currently, wage earners’ share of national income is at the lowest level since 1959.

Finally, although it seems a while ago, PM Turnbull told U.S. President Donald Trump in a tetchy phonecall last month that it was okay for Trump to break a firm agreement between Australia and the U.S. on refugee transfers.

This is the opposite of what Turnbull told his citizens when he proudly announced the refugee accord last November. Two opportunistic elected leaders conniving to destroy a crucial humanitarian agreement for their personal political advantage definitely belongs on this list.

Item 67 in July was the corrupt action of NSW bureaucrat Gavin Hanlon, who provided confidential information to irrigation lobbyists to subvert the national Murray-Darling Basin plan. Turnbull took no action.

There seems no end in sight to this tawdry Coalition corruption tally. Will Turnbull hit the ton by Christmas?

Every month, more examples emerge of Coalition MPs and officials abusing their power for financial or political gain.

7 thoughts on “Corruption under Malcolm Turnbull: Going for the all-time world record”