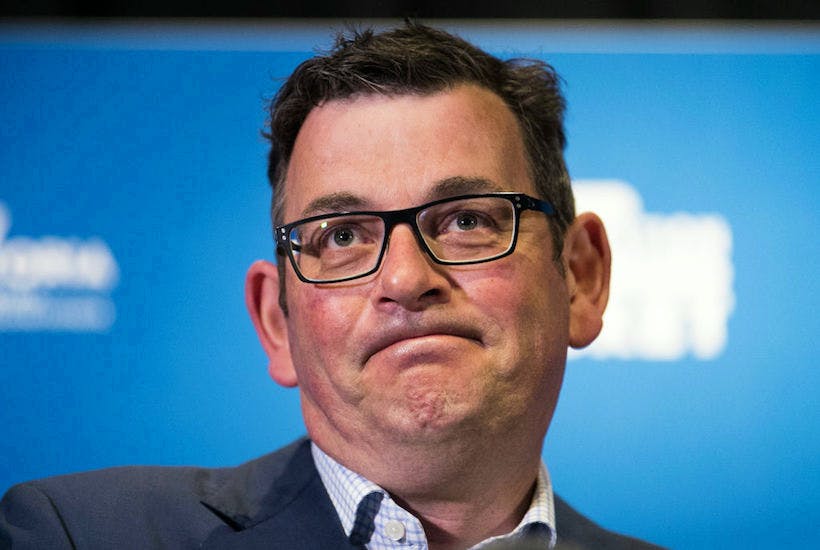 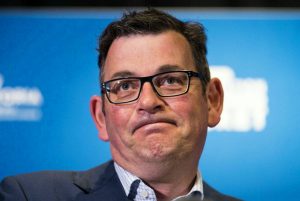 Victoria’s perpetual ‘war’ against the ‘invisible enemy’ will continue into 2022, with the Andrews government formally ‘declaring’ a pandemic for the first time under new powers.

In a statement late yesterday afternoon, Daniel Andrews confirmed a ‘pandemic declaration’ will come into effect at 11.59pm on December 15, when the current state of emergency expires.

The Premier said he ‘consulted with Chief Health Officer Brett Sutton and Health Minister Martin Foley’ prior to making the declaration, noting the widespread community transmission of COVID-19 in the state and thousands of active cases who require care as justification.

What a perfect time for ‘Omicron’ to show up.

The CHO advised ‘protective measures’ were necessary to ensure the Victorian health system “is not overwhelmed” — the same rhetoric we have heard from the very beginning of the pandemic.

This is despite the fact hospitals have had 19 MONTHS to prepare for apparent ‘surges’.

The whole point of this exercise was because our hospitals ‘couldn’t cope’ and needed to be ready for the increase in hospitalisations that were to hit Australia. JLB points this out:

The ‘month of Hell’ detailed in this video never happened, or any others before that — but now you should expect this to FINALLY occur with a less severe strain.

A statement of reasons for the pandemic declaration and the advice of Professor Sutton and Mr Foley will be tabled in parliament, while a copy will also be published in the Government Gazette.

The announcement comes just days after Royal Assent was given to the new controversial bill.

The declaration is a result of pandemic-specific legislation passing Victorian parliament last week.

The Public Health and Wellbeing Amendment (Pandemic Management) Bill allows the premier to declare a pandemic at his own discretion, while the health minister can now enforce orders such as lockdowns, mask-wearing, vaccination mandates, and quarantine.

Massive fines have been announced for those who break pandemic guidelines in the future.

Paul Hayes, QC, one of the 60 barristers who signed an open letter opposing the government’s pandemic legislation in its original form, said it should be judges and magistrates who routinely presided over hearings about the infringement of people’s civil liberties — not appeals officers.

The new laws were required as the state of emergency could no longer be extended.

Anti-lockdown and pro-choice groups occupied the steps of state parliament for weeks in protest, as well as hundreds of thousands recently taking to the streets.

Some demonstrators carried gallows and nooses during the rallies, performed mock hangings of Daniel Andrews and other moves that show the public response to these moves.

We are now witnessing the beginning of these indefinite pandemic powers at work.

Is any of this backed by evidence?

The decisions are solely with Dan now.