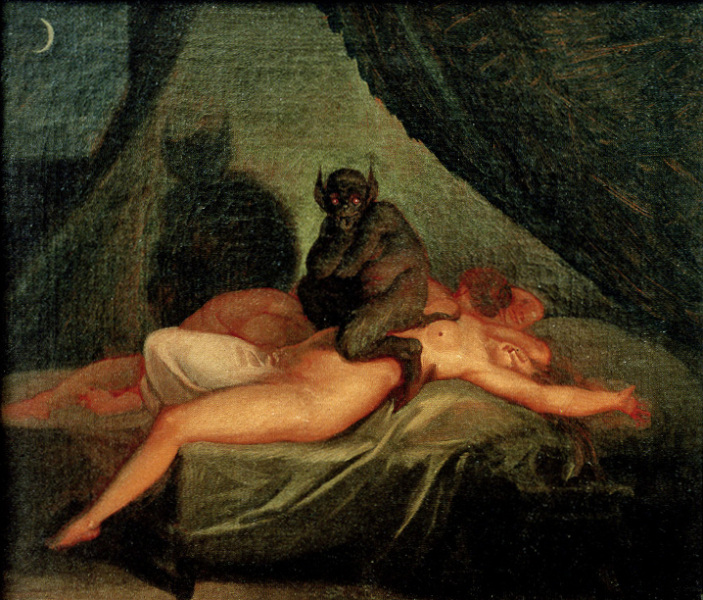 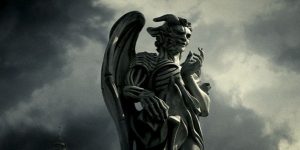 Man has no free will at the present time, but merely the power of choice over a certain area of incidents brought, by his ever growing consciousness, within the scope of his comprehension.” – 33rd Degree Freemason, Manly P. Hall

Not many people are aware that there is an unseen world that surrounds each one of us which we cannot touch, or see with our own two eyes. A world that escapes our vision, but is at play in everything we do. Some people call it the spirit world, elemental world, astral plane, or the supernatural.

This unseen world actually influences our destinies, to the point that some adepts such as Manly P. Hall claim that we do not simply have free will. Sure, we can make simple day-to-day choices, but our future may already be predetermined, and our paths being led by supernatural entities that are often called demons, angels, elementals, and or parasites. Some of them being good, and many more being bad.

Many of the world’s leading authorities on spirituality and the occult confirm these facts.

The Swiss Hermes, Paracelsus von Hohenheim (1490-1541) once said, “I got into Meditation because I was inhibited. Turns out I was inhabited!” What Paracelsus was hinting to was the fact that we are not alone in our bodies, and on our path we call life. He had identified them as harmful parasitic organisms that feed off human energies.

Many of us humans create and attract these unseen bad creatures through our thoughts and actions. These creatures then feed on our flesh, blood, semen and energies.

If our parents were who could be called sinners, immoral or unethical, they pass along these creatures to us in the womb. As it is said, “God’s punishment as owing to both the sins of the fathers and the sins of the children, ” or “the apple doesn’t fall too from the tree.”

If we sons and daughters which are born in sin do not correct these inequities against the natural laws which govern us, we become but born again de facto Satanists prone to serve the darkness throughout our lives. Millions upon millions of dark beings procreating their seeds and thus creating the evil world we see around us at the very moment. They fill every rank of our society from the highest to the lowest offices. This is why we currently have an epidemic of war, violence, mental illness and disease in our world.

How you have thought, lived and sinned, will determine the entities that are attached to you at this very moment. The very unseen entities that may be driving you sad or mad. 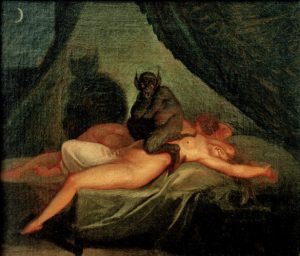 Manly P. Hall had called them “strange creatures of other planes.” “Creatures,” who he said. “many of us would be frightened to death of if we could actually see them. Hall said, “we seldom realize that our passions and hates create these demonical beings in the superphysical world, but this is one of the secrets to black magic. Every evil or debased thought and emotion of man helps build these tearing, rending creatures, the innate qualities of which become in the hands of those who know, agencies for the destruction of light. It also seems part of plan, that those who chain these demons shall themselves fall victims to their own slaves, for one after another, the black magicians are sucked into a maelstrom of the astral hell.”

These creatures Hall speaks of are sometimes referred to as in Latin, Incubus and Succubus, and in English it is named the “Mare.” Male and female parasites. They were said by the Church Fathers such as Saint Augustine and Saint Thomas, to be spirits that trouble both men and women when they sleep. The spawns of the pagan gods which are called devils.

The Platonist associated them with the Telchines of Crete who I have written about many times before. Some people held that Merlin was begotten of his mother by a spirit named Incubus.(1) In Shakespeare’s Tempest, he gives Caliban Arch-Incubus as his sire.

Have I this season wrought with cunning,

Which, when I come, I find thee shunning?

When was place and season sweeter?

Thy bliss in sight, and dar’st not meet her?(2)

Manly P. Hall had written in the Secret Teachings of All Ages;

According to Paracelsus, the incubus and succubus (which are male and female respectively) are parasitical creatures subsisting upon the evil thoughts and emotions of the astral body. These terms are also applied to the superphysical organisms of sorcerers and black magicians. While these larvæ are in no sense imaginary beings, they are, nevertheless, the offspring of the imagination. By the ancient sages they were recognized as the invisible cause of vice because they hover in the ethers surrounding the morally weak, and continually incite them to excesses of a degrading nature.

For this reason they frequent the atmosphere of the dope den, the dive, and the brothel, where they attach themselves to those unfortunates who have given themselves up to iniquity. By permitting his senses to become deadened through indulgence in habit-forming drugs or alcoholic stimulants, the individual becomes temporarily en rapport with these denizens of the astral plane. The houris seen by the hasheesh or opium addict and the lurid monsters which torment the victim of delirium tremens are examples of submundane beings, visible only to those whose evil practices are the magnet for their attraction.”

Frantz Hartman had said this about on Incubus and Succubus:

“Incubus and Succubus.—Male and female parasites growing out of the astral elements of man or woman in consequence of a lewd imagination. 2. Astral forms of dead persons (Elementaries), being consciously or instinctively attracted to such persons, manifesting their presence in tangible if not visible forms, and having carnal intercourse with their victims. 3. The astral bodies of sorcerers and witches visiting men or women for immoral purposes. The Incubus is male, and the Succubus female.”(3)

6 thoughts on “Demons Who Feed On Human Energy”